Exclusive to Glasgow Women’s Library, this design is based on a film still from Bower of Bliss by Linder.

Made with 100% fairtrade cotton. This Tote Bag has a gusset for support and durability.

More than a Tote Bag, this is a portable art work and collector’s item.

We are pleased to present our stunning new Limited Edition Tote Bag for 2020.

Exclusive to Glasgow Women’s Library, this design is based on a film still from Bower of Bliss by Linder.

Bower of Bliss was first premiered as part of Linder’s Flag and Film commission at GWL for Glasgow International 2018. The film was shot on location at Chatsworth House, Derbyshire, at the Mary Queen of Scots Bower, and in the house and grounds, where the anointed queen was detained under the jurisdiction of Elizabeth I.

During 2020, Linder returns to GWL to present her second edition of Bower of Bliss, with fresh perspectives and new scenes to devour.

More than a Tote Bag, this is a portable art work and collector’s item.

Linder Sterling is known for her photography, radical feminist collage, confrontational performance art, and ties to the British punk scene. One of Linder’s most recognizable works of art first appeared on the sleeve of the 1977 Buzzcocks single Orgasm Addict. On the cover, Linder utilised what would become her signature mass-media collage strategy to adorn or violate – or, really, both: a classical nude female torso with mouths at the nipples and an iron in place of the head. By the time the single was released, Linder had already become a fixture in the Manchester punk and post-punk scene.

In many ways, her collage works from the period have much in common with the subversive practices of punk: ripping things apart and reassembling them was a way of showing the counterfeit quality and construction of any social image. But Linder’s art went even beyond the rebellion of her underground musical counterparts. Much like Hannah Höch in the Weimar era, Linder fused capitalism, sexuality, violence, feminism, desire, morbidity, and hope in her collages. Linder has transformed herself many times as an artist since those first collages. She performed as the lead singer in the art-punk band Ludus. She’s applied those assemblage tactics to photography and her own portraiture. 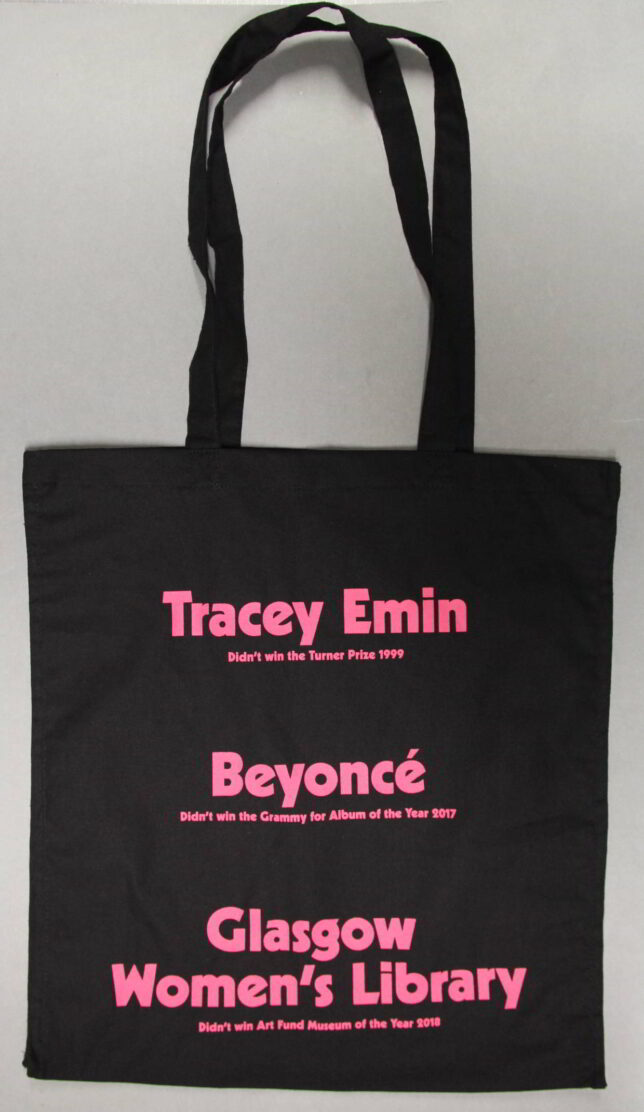 Our new Limited Edition GWL Tote Bag celebrates the power of women who are Runners-Up.

Made with 100% fairtrade cotton. This Tote Bag has a gusset for support and durability. 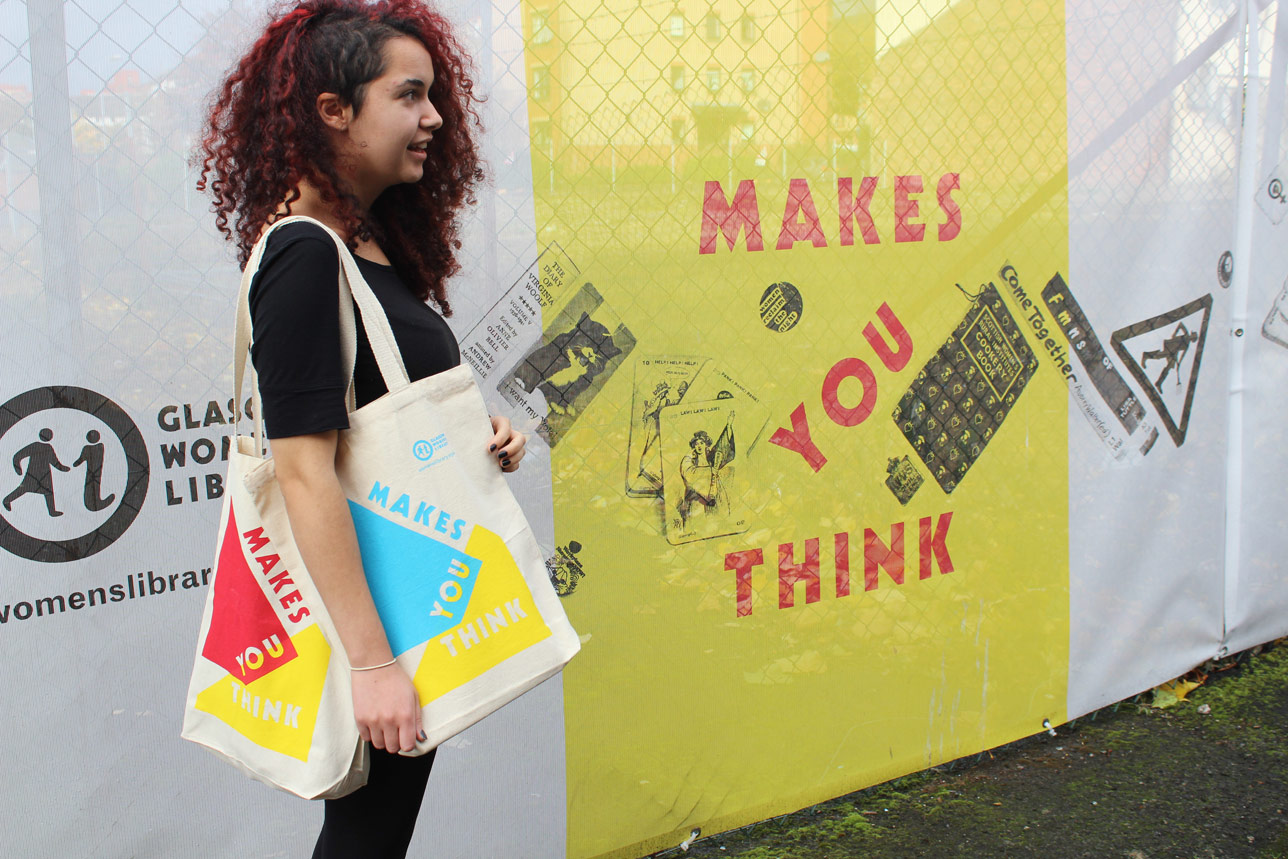 Get your hands on our standout limited edition 100% cotton tote bags with exclusive Glasgow Women's Library: Makes You Think design by Maeve Redmond and Sophie Dyer. Just £5, these bags are only available from GWL.