Women’s creative practice is treated entirely differently to men’s. The artifacts from GWL relate to artists who have taken control of their own creative narratives and who challenge the dominant narratives about women and art. 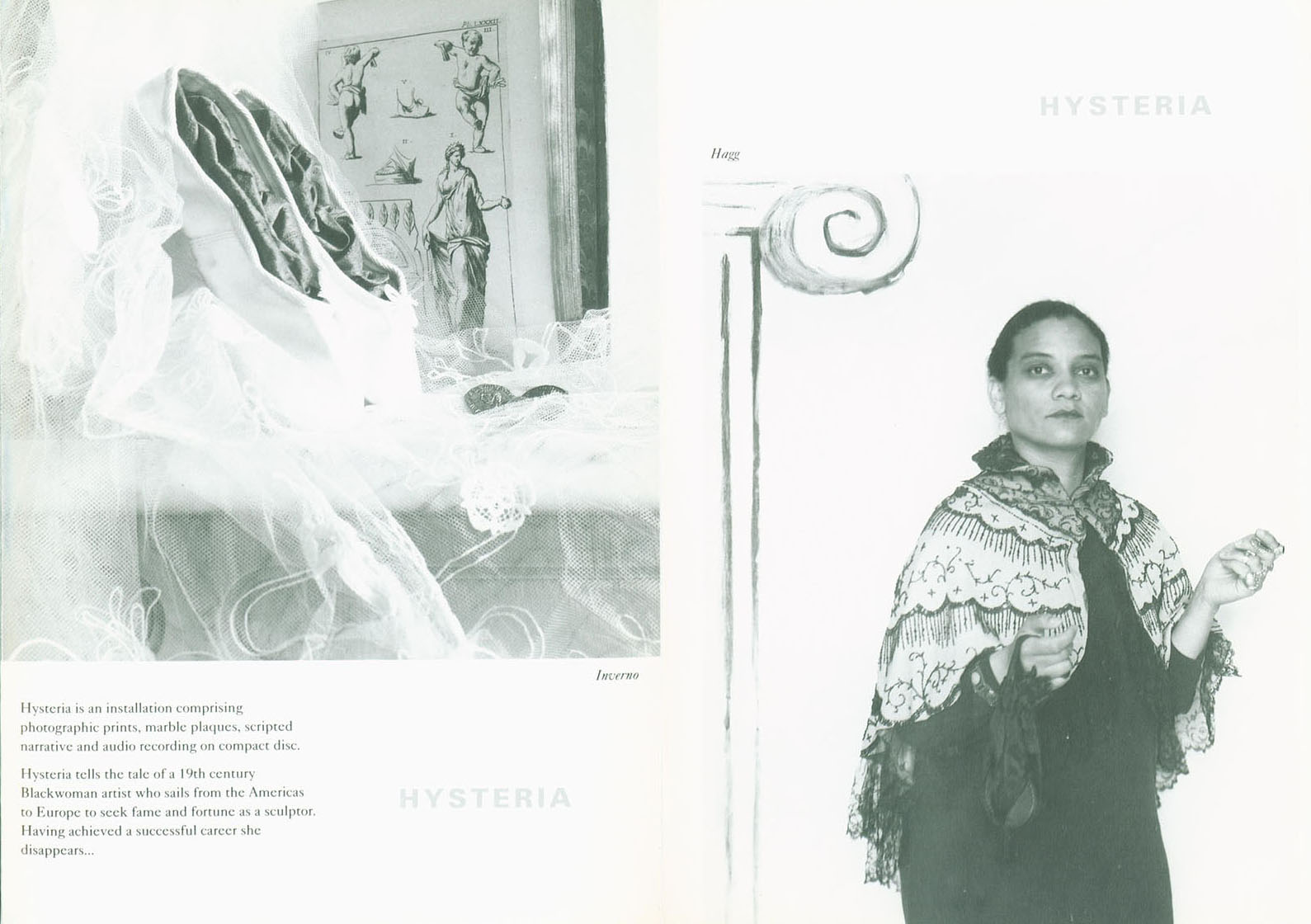 The exhibit included photographs, scripted stories, marble plaques and audio recordings which ‘tells the tale of a 19th Century Blackwoman artist who sails from the Americas to Europe to seek fame and fortune as a sculptor. Having achieved a successful career, she disappears...'. 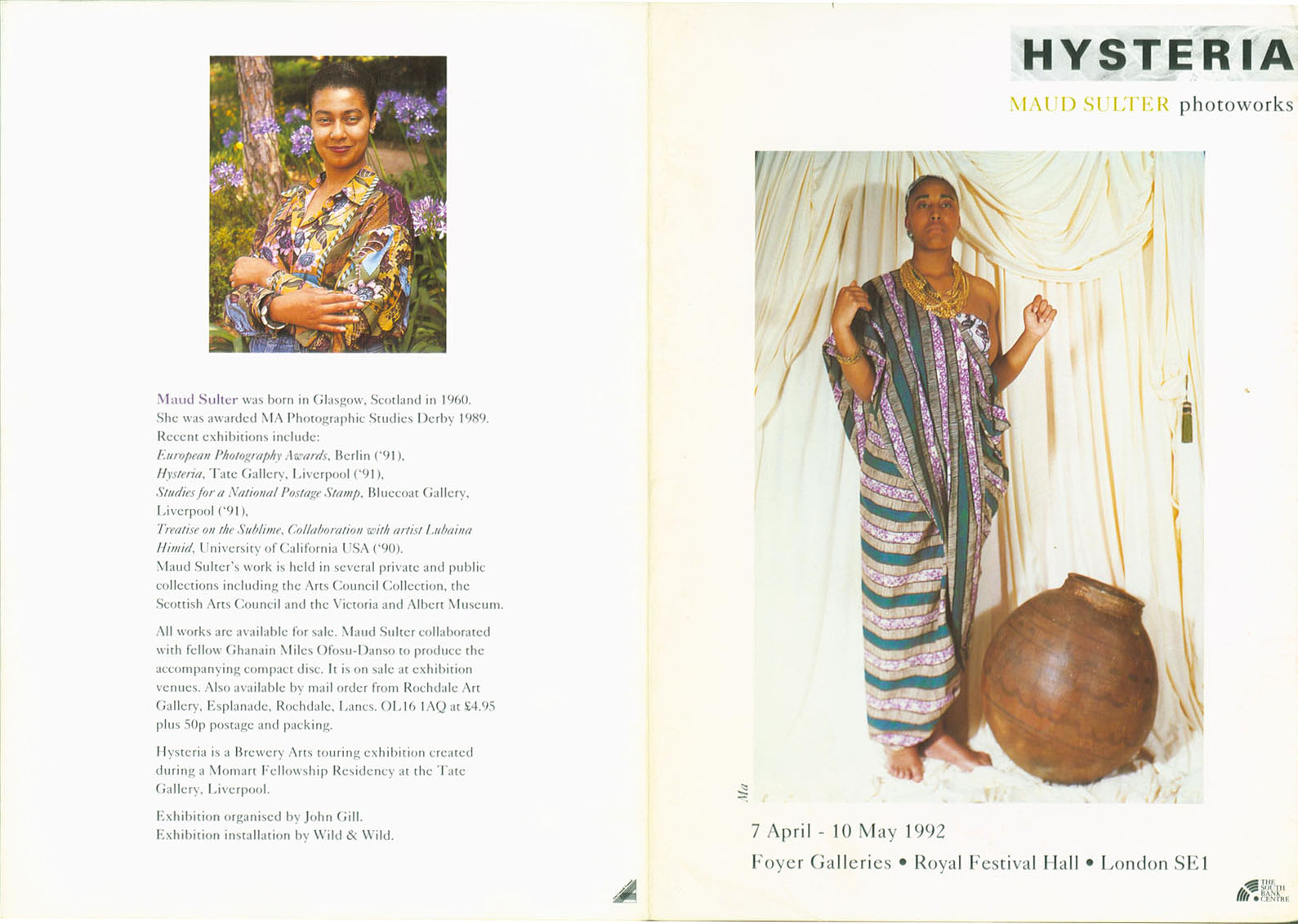 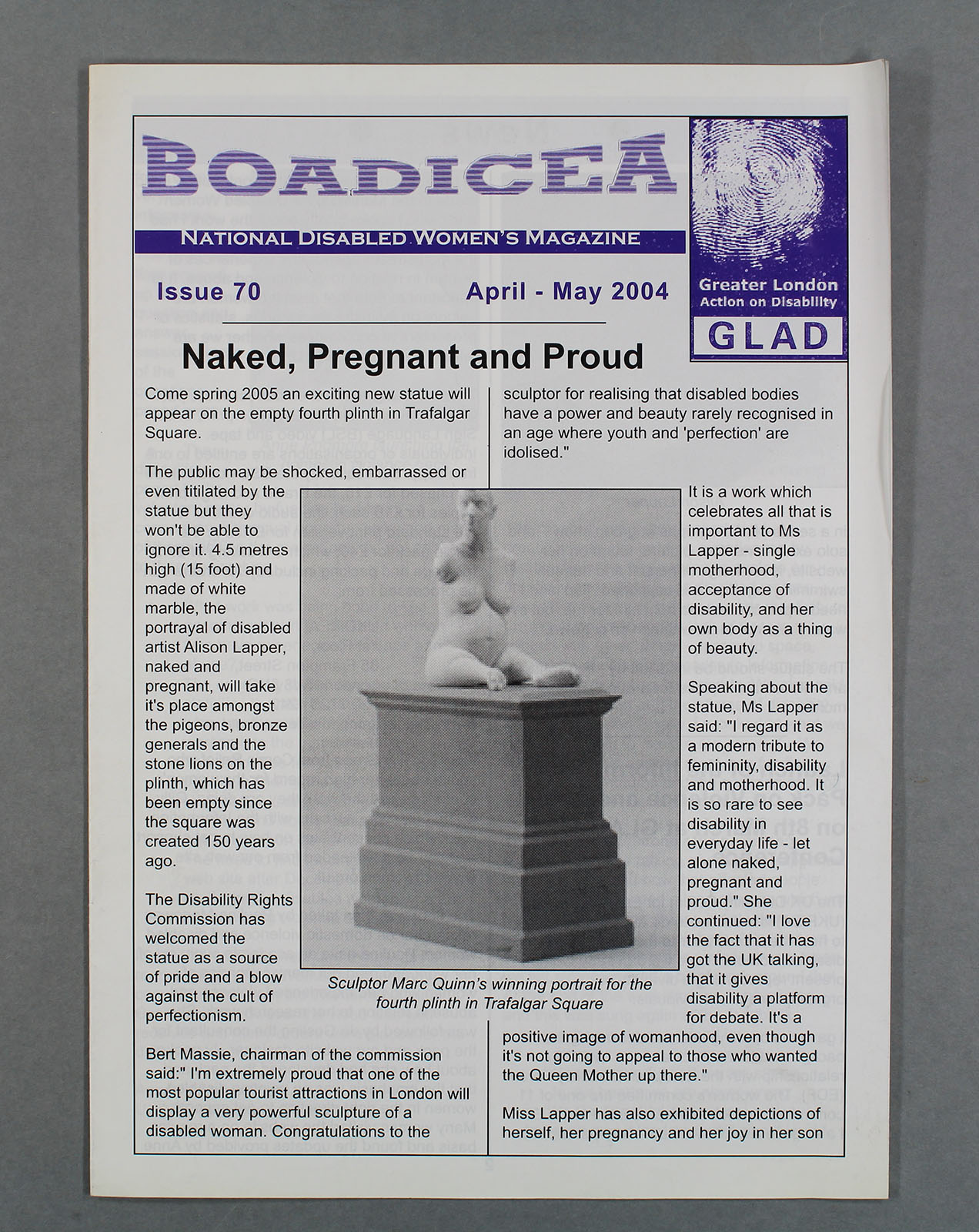 When Trafalgar Square in London was built in the 1840s one stone plinth was left empty because there wasn’t enough money to pay for a statue. The ‘Fourth Plinth’ remained empty until 2003. Since then, it has been used to exhibit modern artworks.

This sculpture of the artist Alison Lapper by Marc Quinn was on the Fourth Plinth in Trafalgar Square from 2005 to 2007 and a large replica was used in the opening ceremony of the London 2012 Paralympics. The article shares Alison Lapper’s thoughts on the sculpture, which she describes as a “modern tribute to femininity, disability, and motherhood.”

‘You're Seeing Less Than Half the Picture' Guerrilla Girls 1989 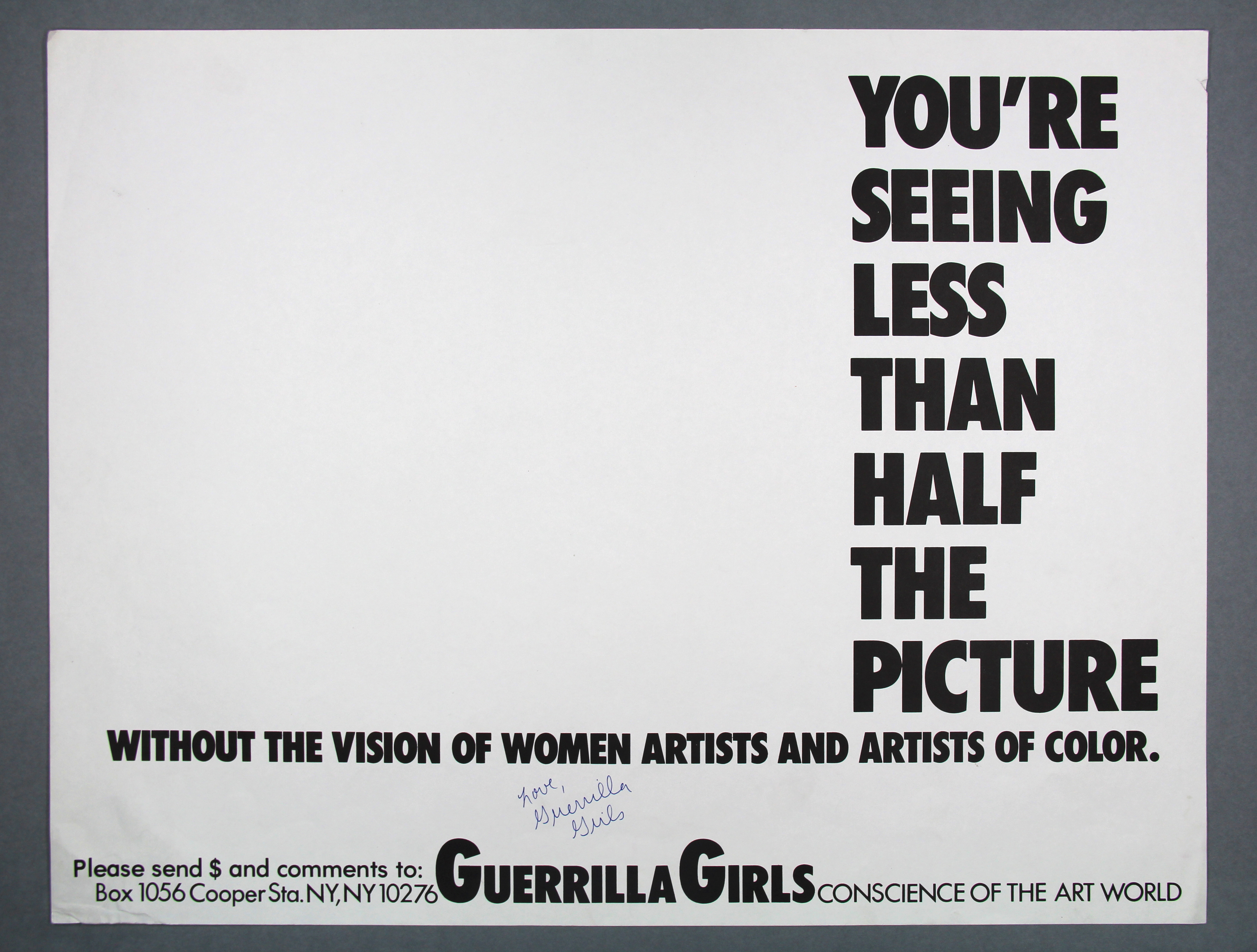 'You're Seeing Less Than Half The Picture' - Guerrilla Girls Poster, 1989

In 1984, the Museum of Modern Art in New York put on an exhibition called ‘The International Survey of Painting and Sculpture’. Of the 169 artists on show over 90% were male.

This poster was one of 30 made by the Guerrilla Girls, a group of anonymous American female artists who want the art world and museums to highlight more works by women or people who are gender non-conforming and works from Africa, Asia, South Asia and South America.

“Art can’t be reduced to the small number of artists who have won a popularity contest among big time dealers, curators and collectors… they’re not showing the history of art, they’re just preserving the history of wealth and power.” Guerrilla Girls

'In the hands of the Proletariat', Our Red Aunt, Fiona Jack 2018 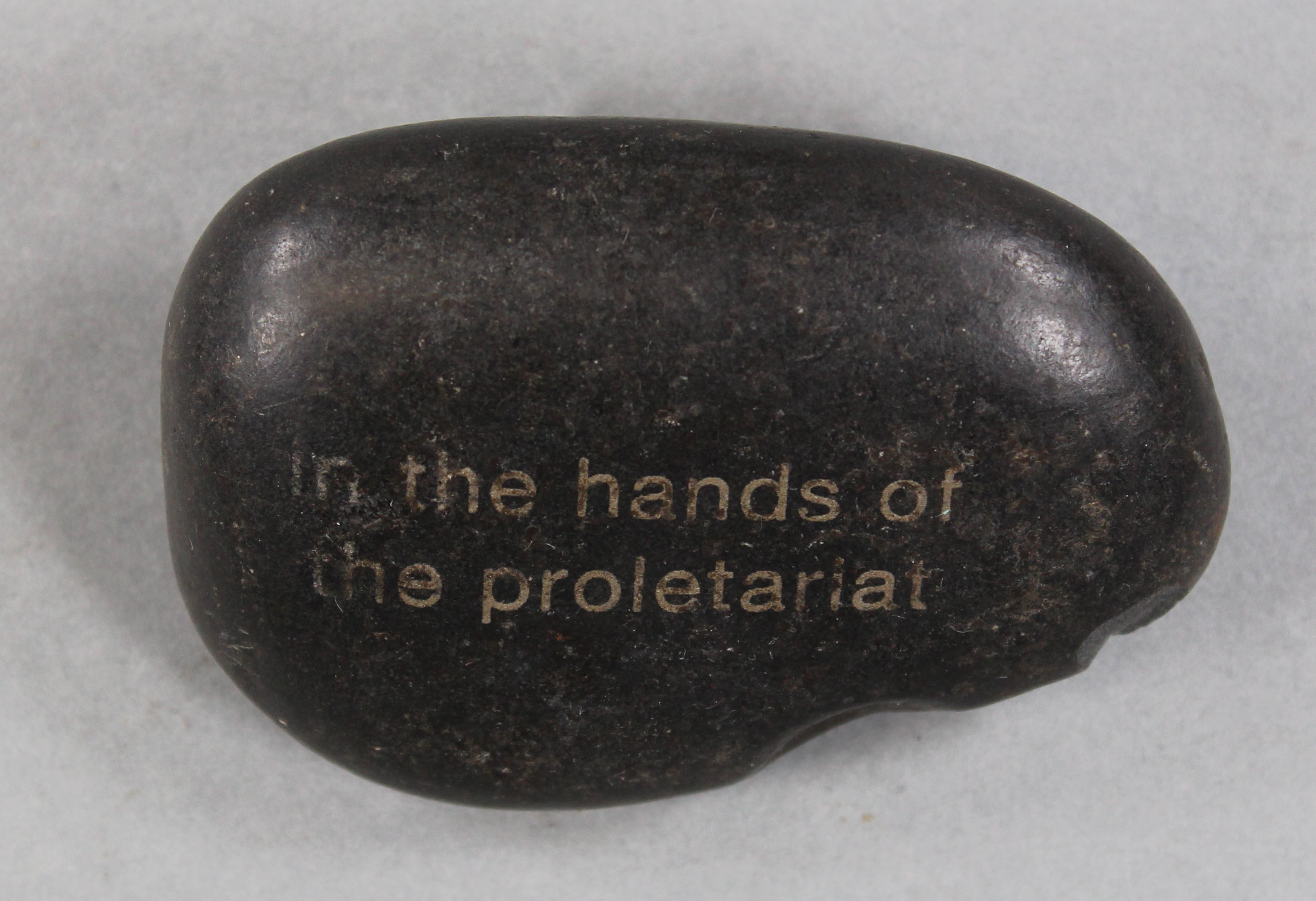 'In the hands of the Proletariat', Our Red Aunt, Fiona Jack 2018

Fiona’s Great-Grand-Aunt Helen Crawfurd (1877-1954) was a Scottish suffragette fighting for women’s right to vote. She was also a workers’ rights activist.

As a suffragette, Helen Crawfurd was involved in direct action and smashed two of the Minister for Education’s windows in 1912.

Fiona Jack’s work links Helen’s suffragette activism with her Marxist beliefs – the engraved words are a quote from Lenin and reflect the Marxist idea that the proletariat or working class will lead the class revolution. 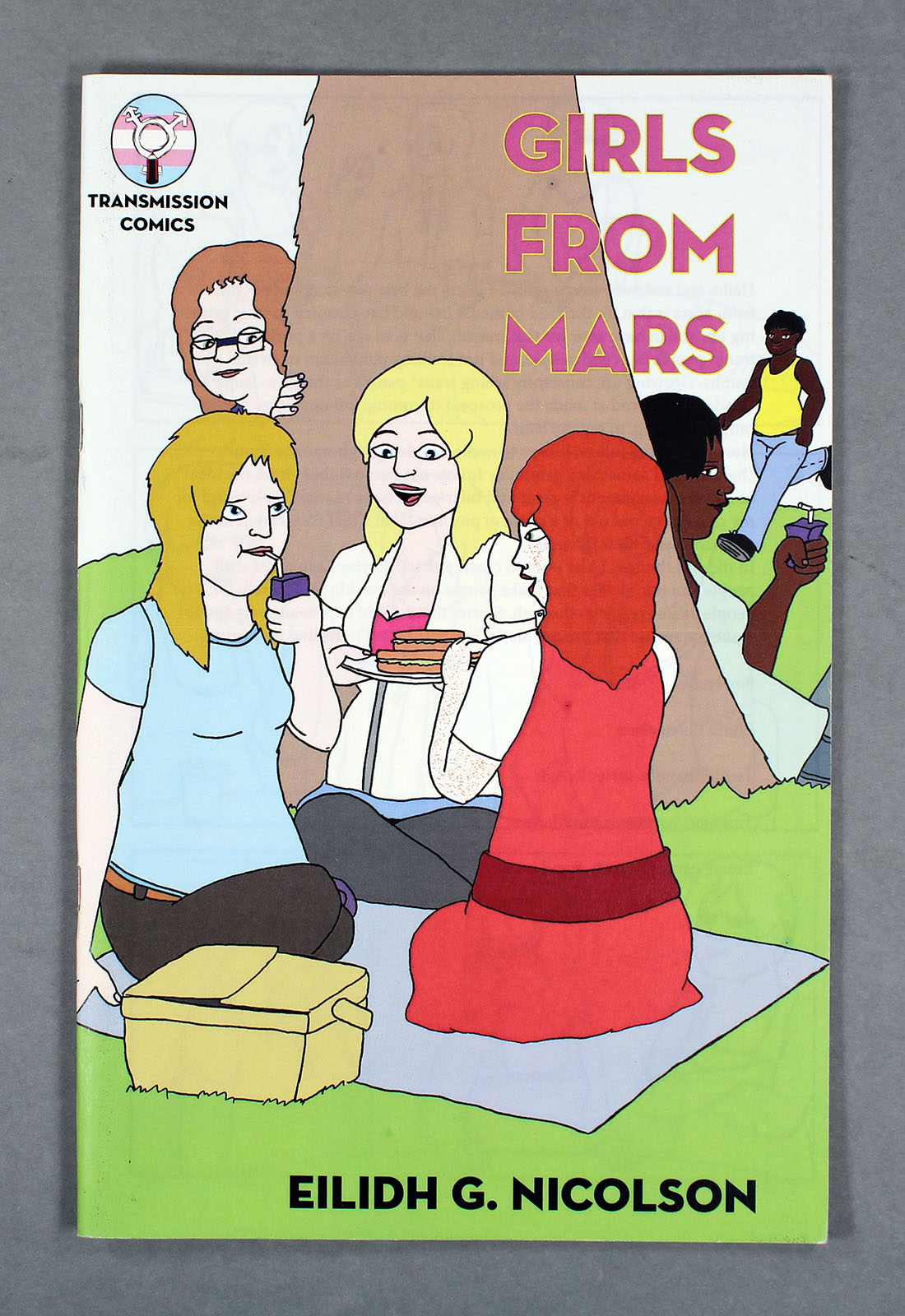 Girls from Mars is written, drawn, inked and coloured by Eilidh Nicolson. ‘I guess the best way to describe Girls from Mars is that it’s the kind of media I would have wanted to have growing up…it’s a portrayal of trans* people as actual people, and not walking punchlines or drama bombs.’

‘In the end though, I just want to create stories… Stories that I could have read years ago to make me realise that I am not alone, and that what I’m feeling isn’t wrong’. 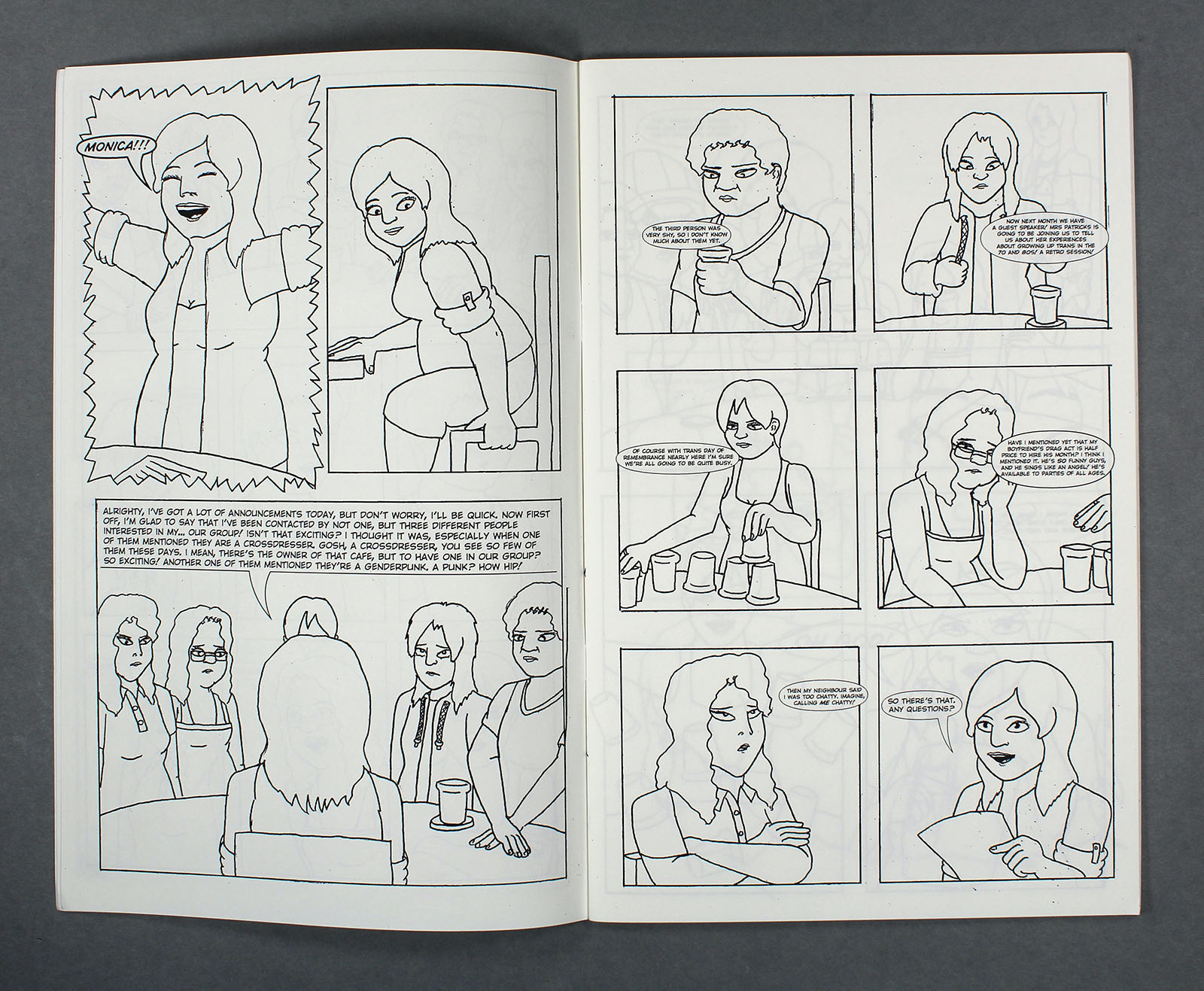 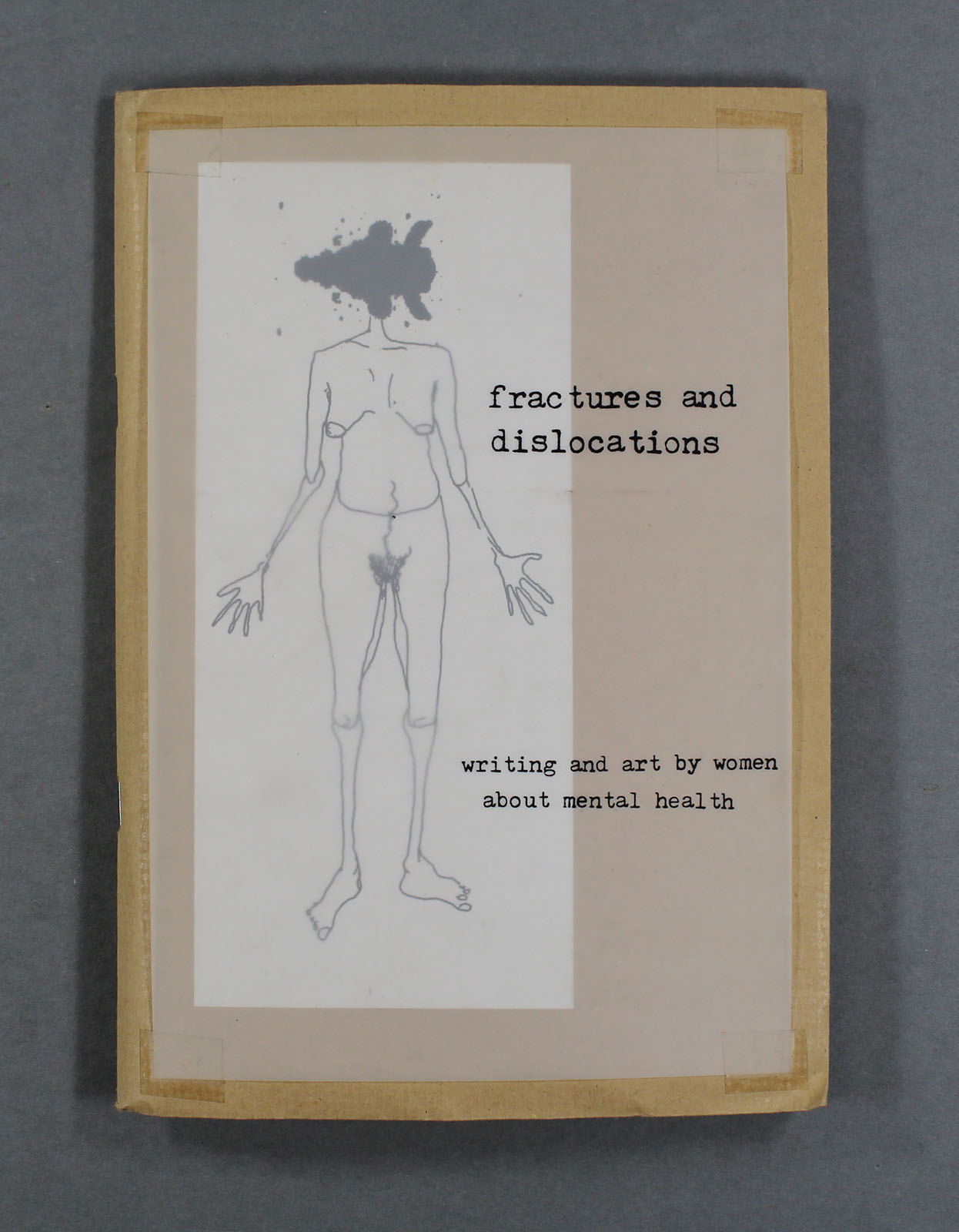 This collection of poetry, interviews, stories, art, and oral histories was made to highlight and share women's experiences of mental health.

‘There are hardly any accounts of women’s personal experiences or exploration of mental health... It’s not surprising when there’s no space to talk about such a strongly tabooed subject at a day to day level. The powerful cycle is perpetuated; experiences stay silent and silenced creating isolation and shame and causing more silence. Nothing gets addressed. This book is just a response to that situation.’

Those words were written in 1998. Has much changed? The internet and social media have increased our access to information and support but also placed us under huge pressure about how we ‘should’ live.