By speaking out, we expose inequalities and increase mutual understanding to fight discrimination and stigma.

The majority of the objects are by activists which articulate the multiple inequalities that women face. 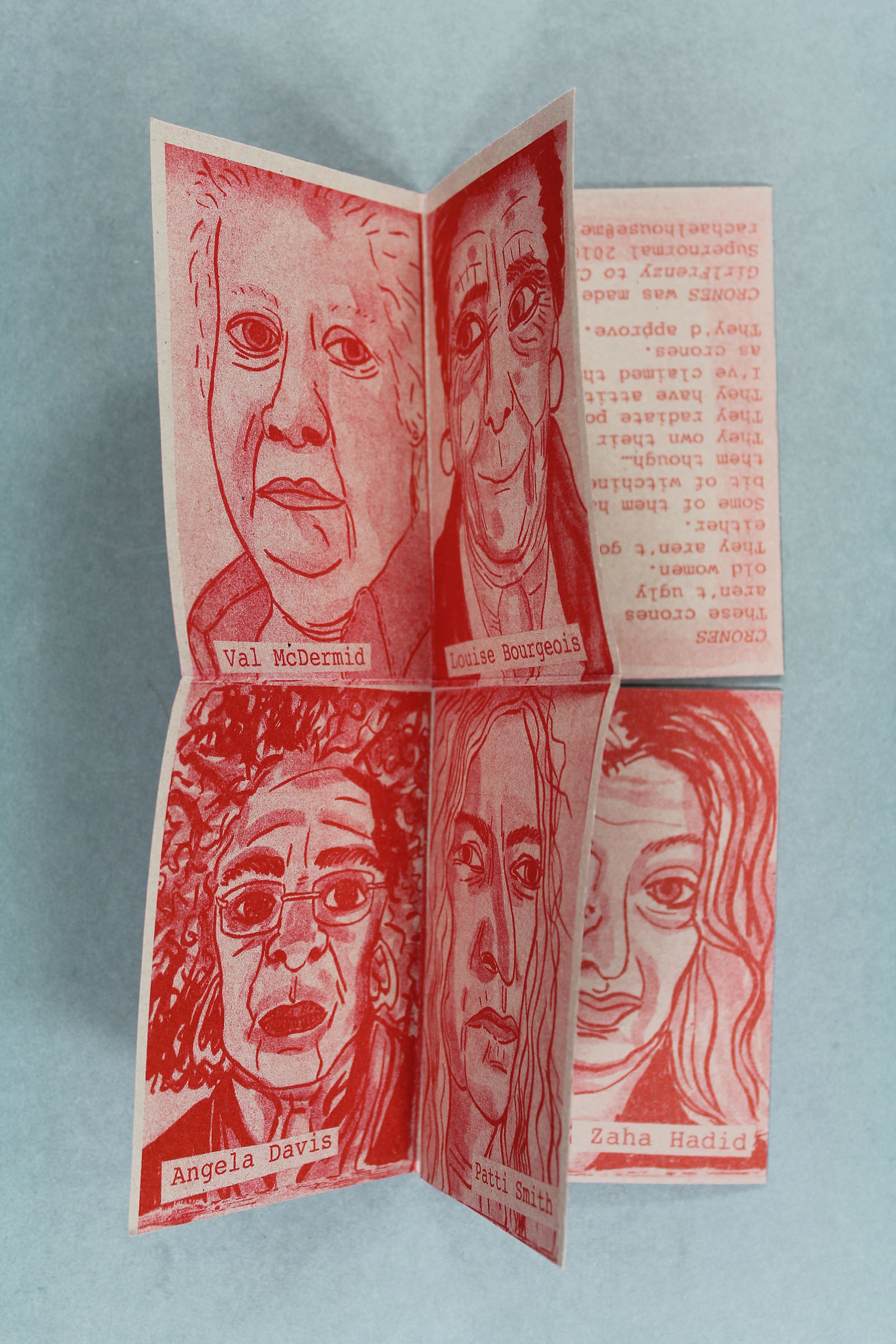 Crone is the word for an old, ugly woman but feminists have been using it as a proud descriptive. The word comes from the Greek chroniosor long-lasting. 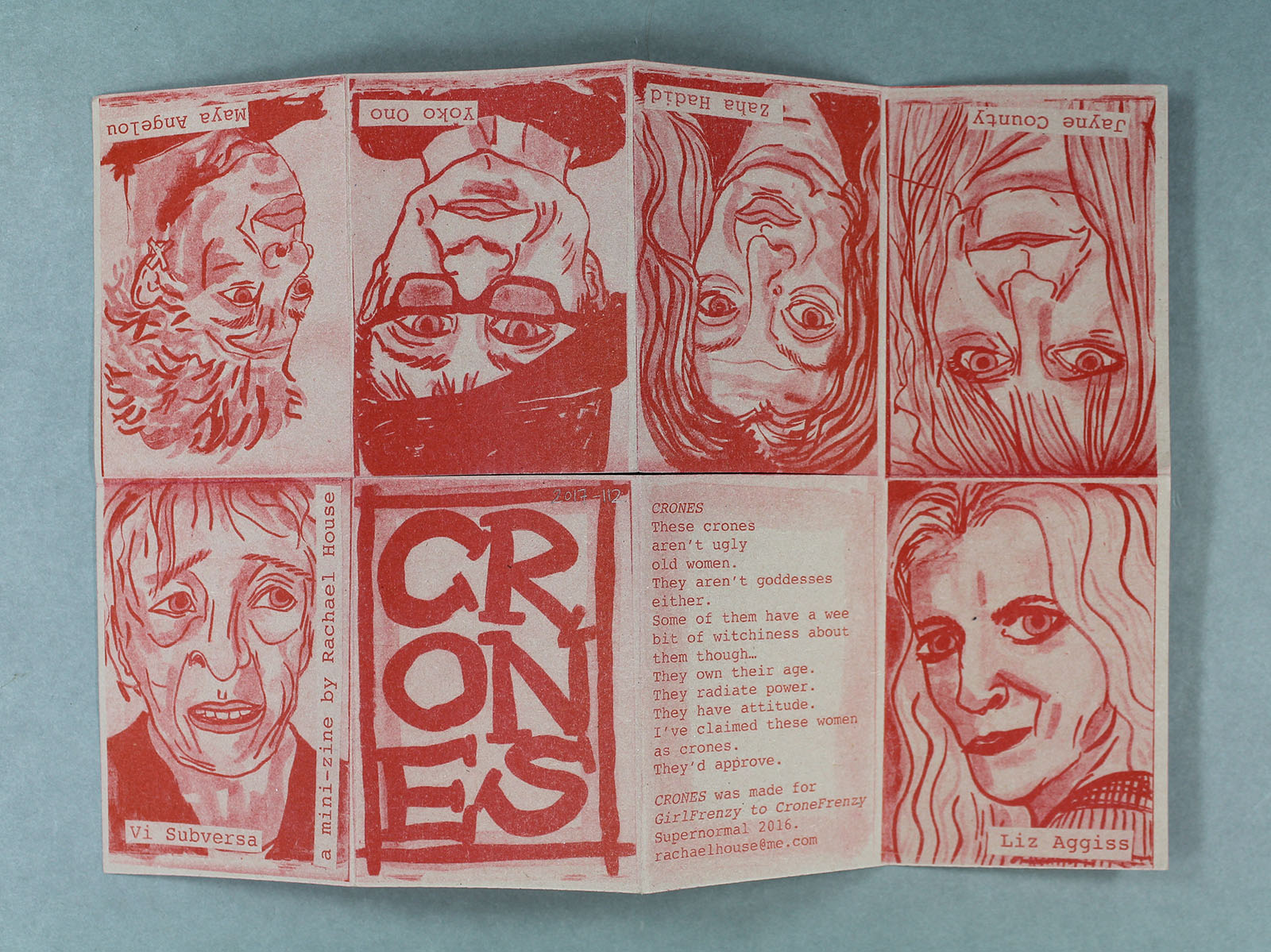 I Am Your Sister: Black Women Organizing Across Sexualities by Audre Lorde 1985 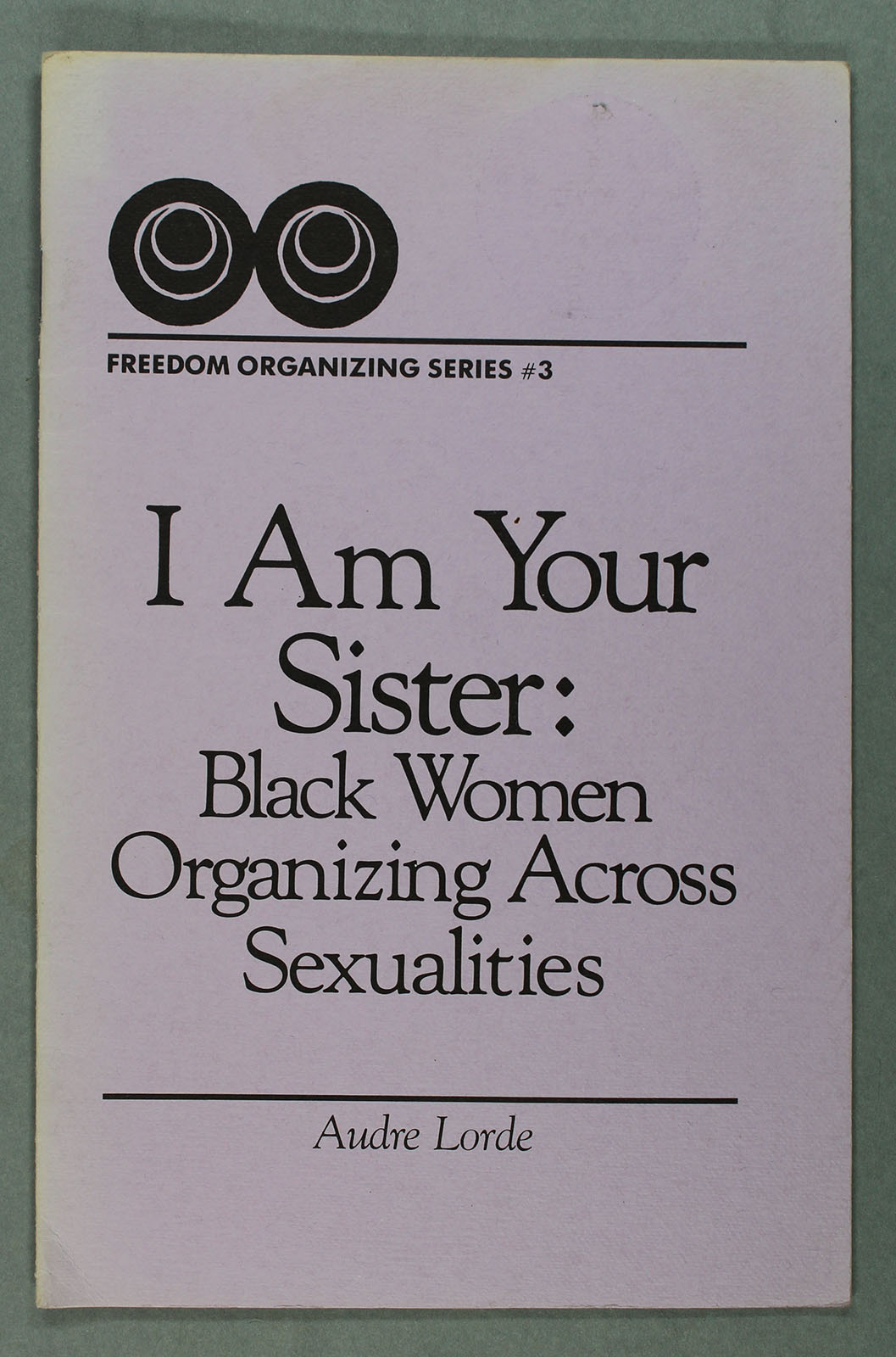 I Am Your Sister: Black Women Organising Across Sexualities by Audre Lorde, 1985

This booklet contains a speech given by Audre Lorde. Lorde described herself as ‘black, lesbian, mother, warrior, poet’. In the speech, she says,

The Lesbian Avengers, Manifesto and Action Poster by Carrie Moyer 1993 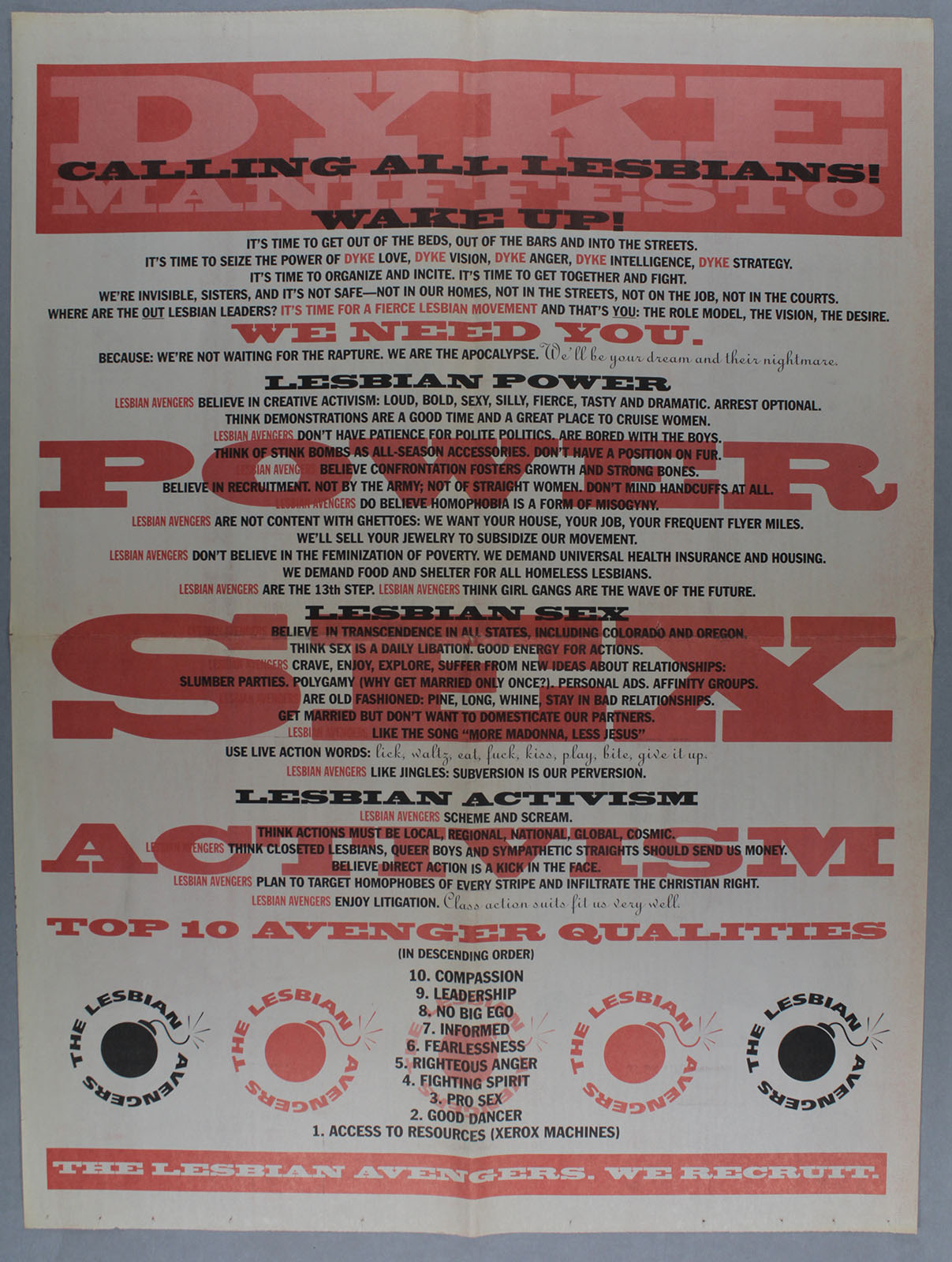 The Lesbian Avengers focused on ‘issues vital to lesbian survival and visibility' using direct action, activism and powerful graphic design. This poster was part of the fight against anti-lesbian political campaigns and homophobia in the USA. The Lesbian Avengers is an intersectional lesbian activist group finding common ground between women. A Glasgow chapter was set up in 1995. 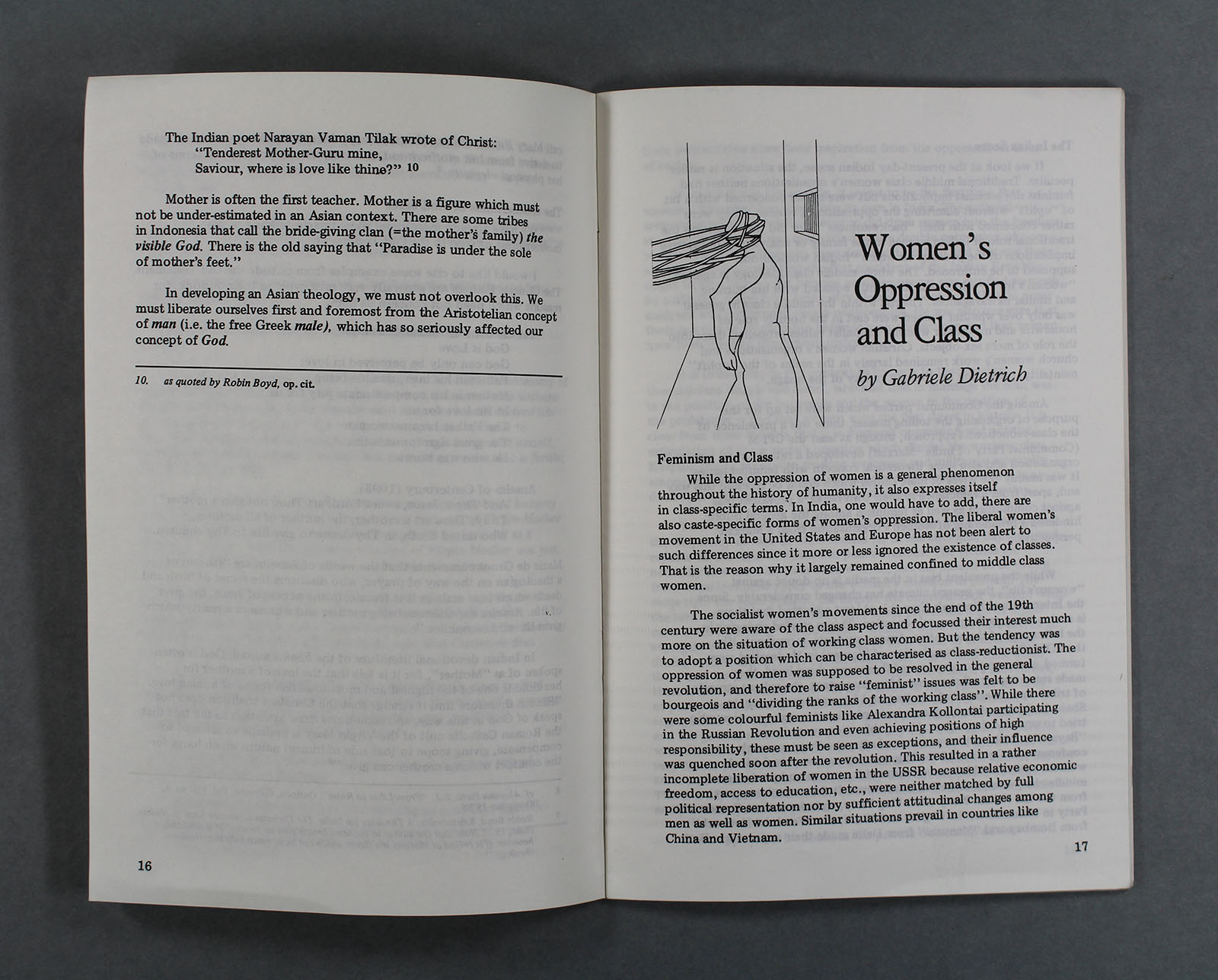 Nine women from nine countries met at the ‘Christian Conference of Asia to 'look at the issues which fall under the category of the struggle for human dignity in Asia with special attention on women'. 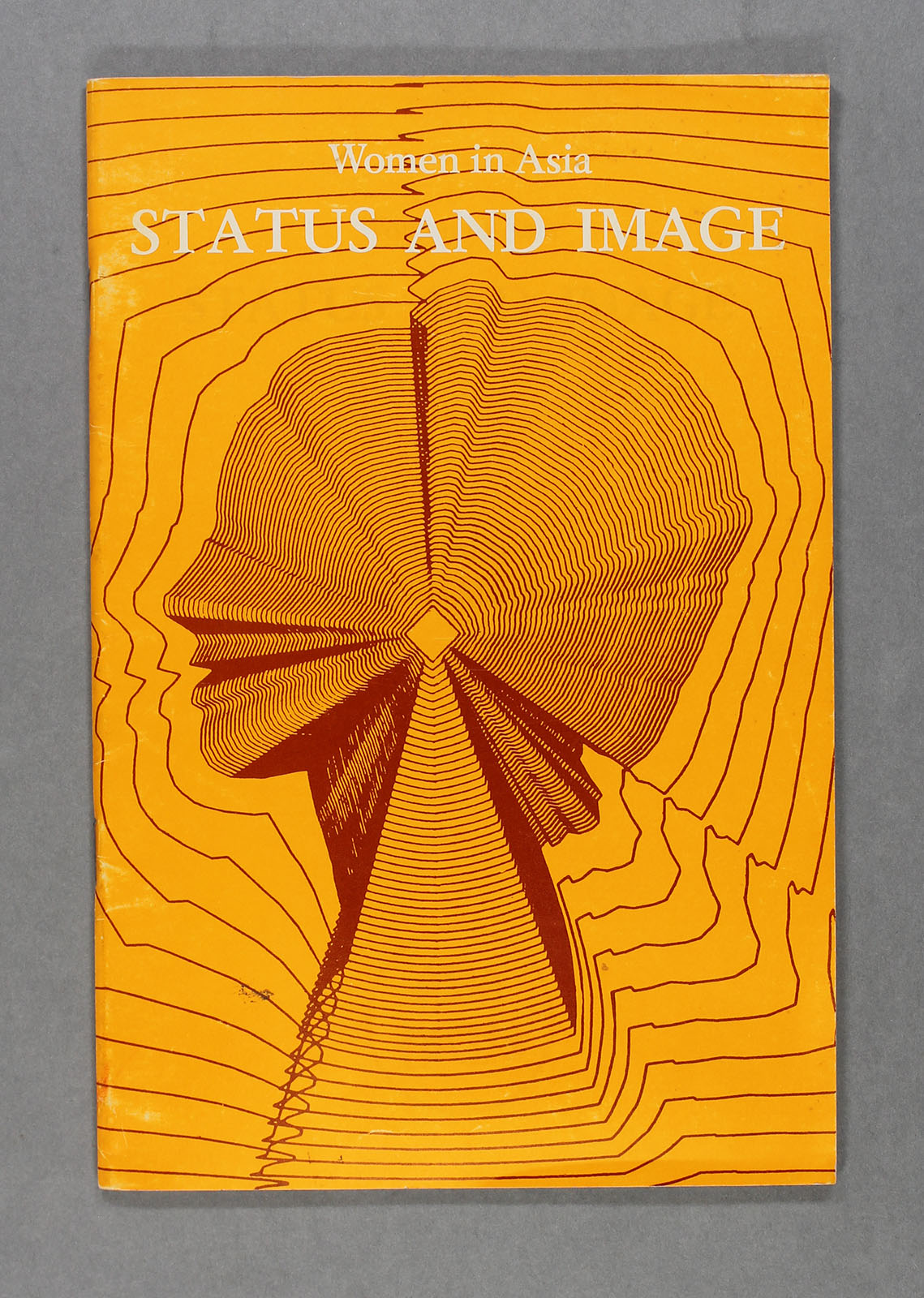 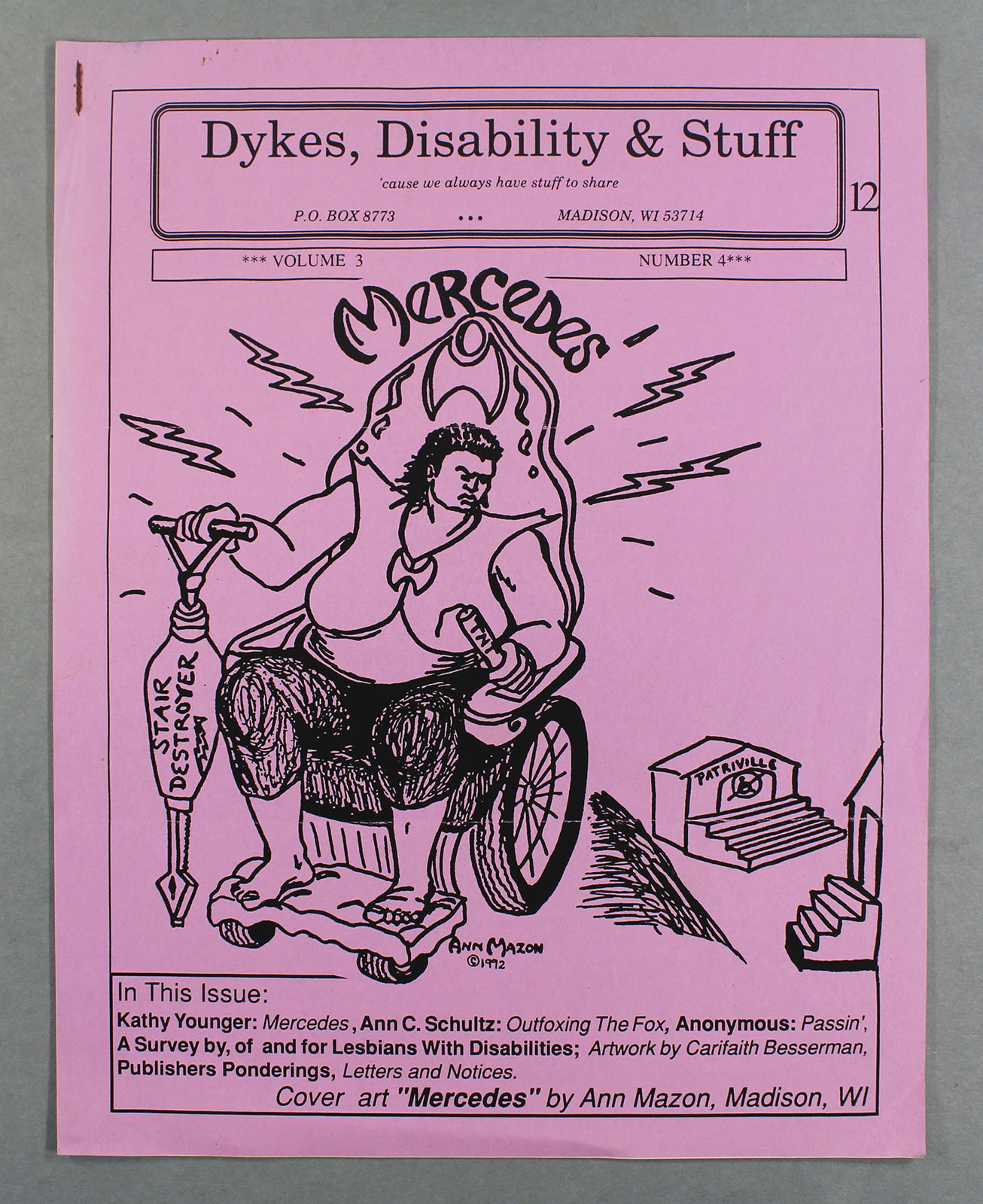 In a short story highlighted on the front cover of the magazine, Kathy Younger explores how disabled women have been gradually excluded from public spaces and the feminist movement. She calls for women to join together to fight for inclusion for all. 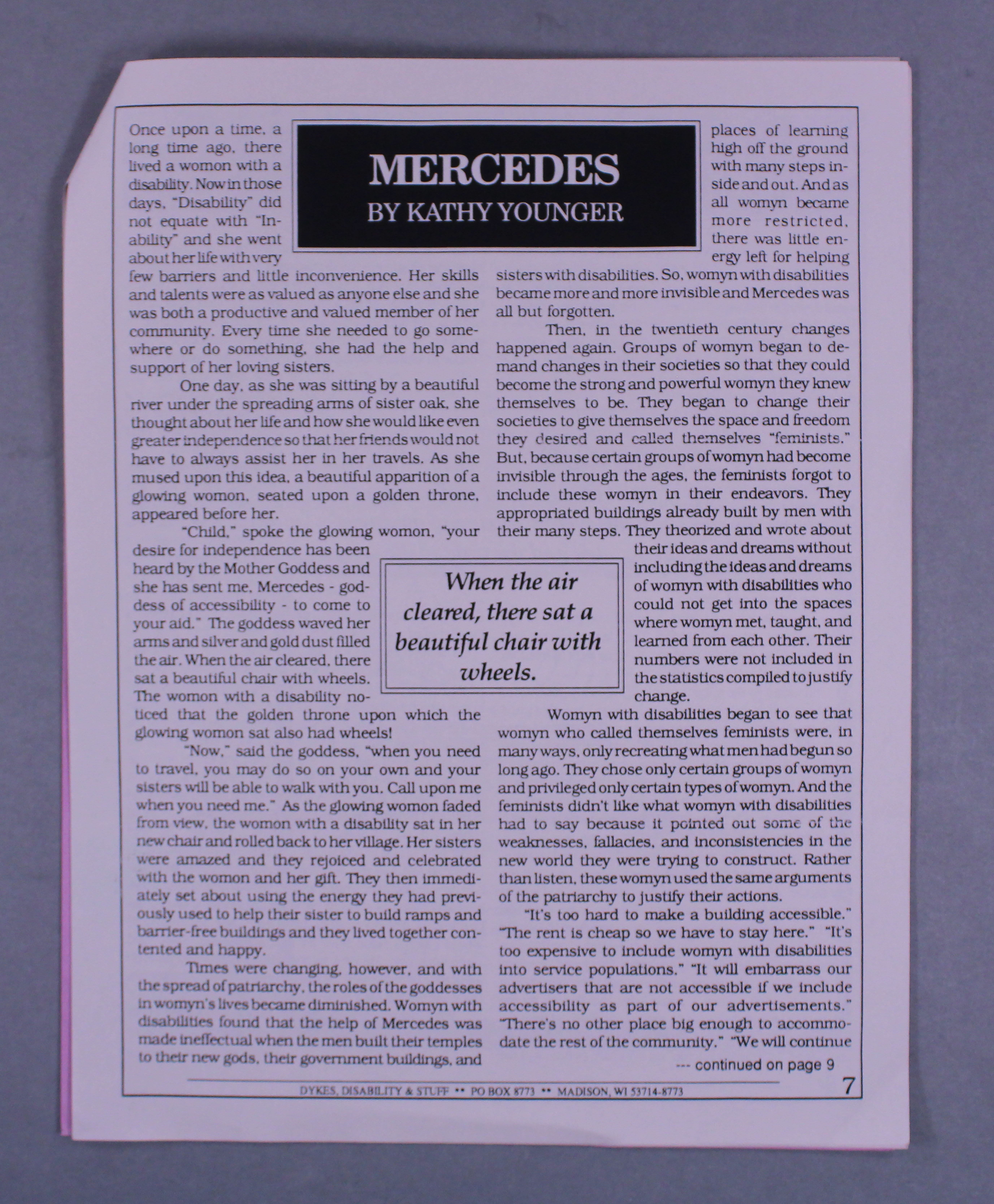 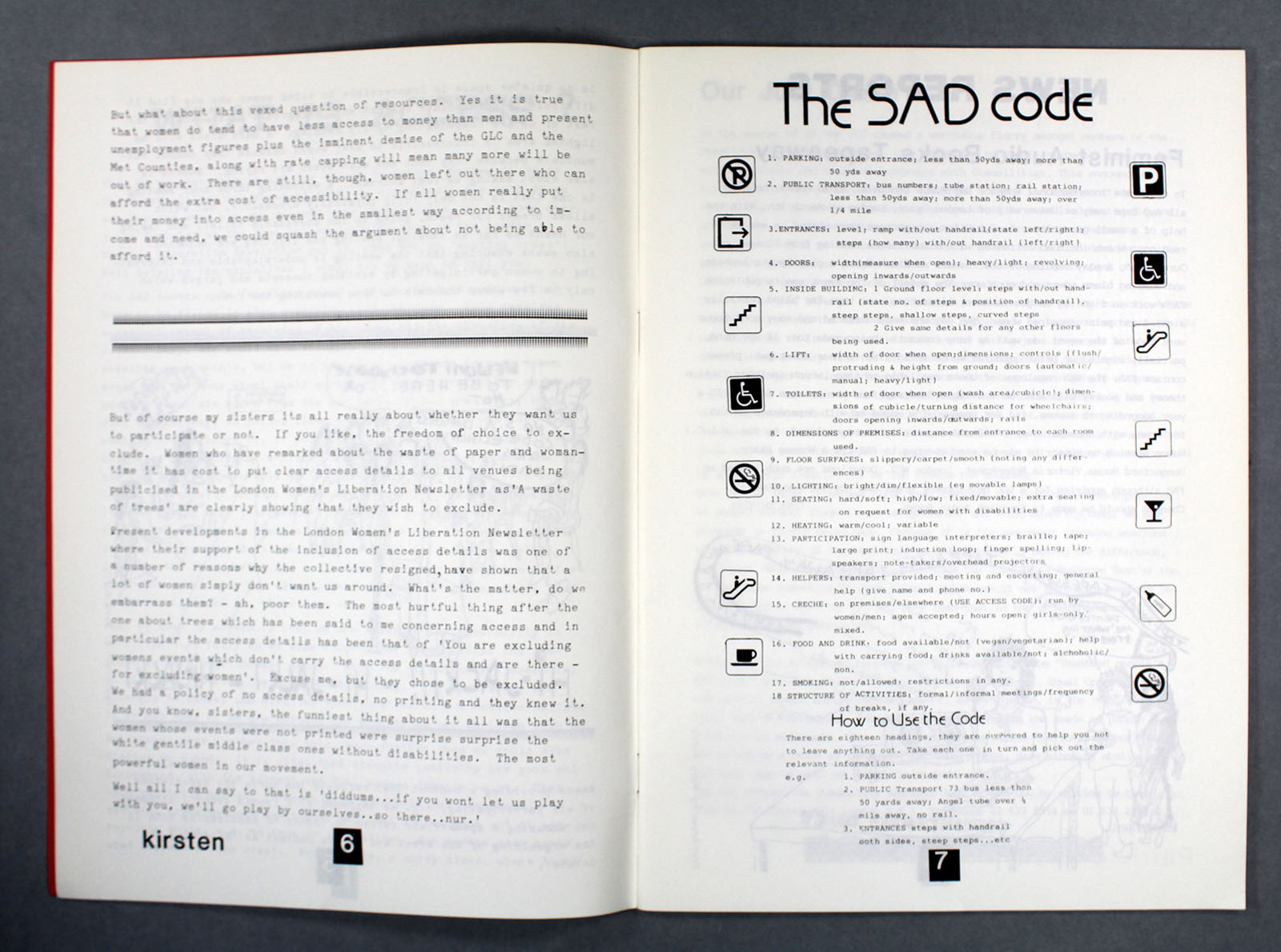 Sisters Against Disablement (SAD) was a feminist group with lesbian and straight members.

SAD created an access code explaining how to make spaces and events fully accessible to all. 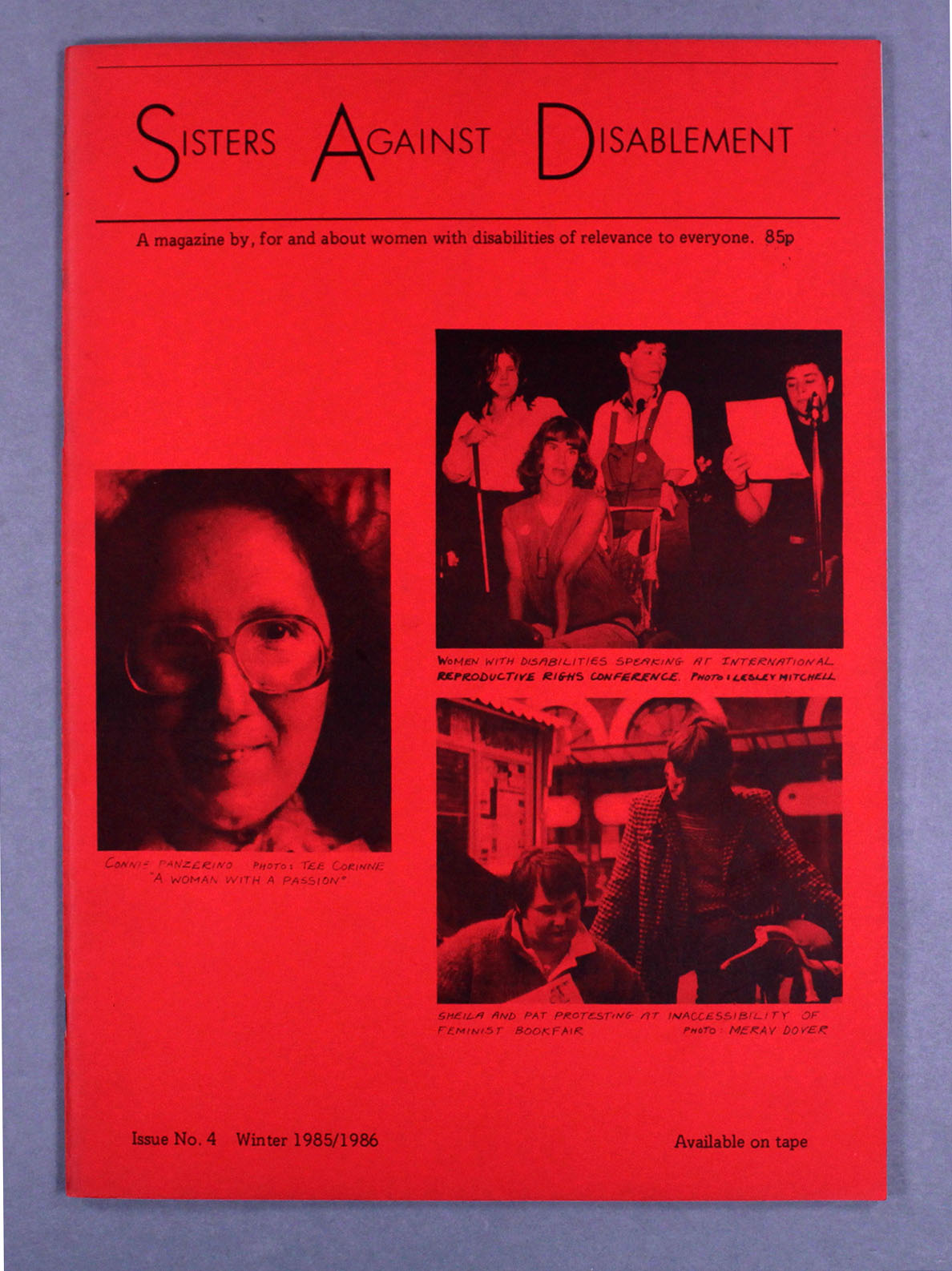 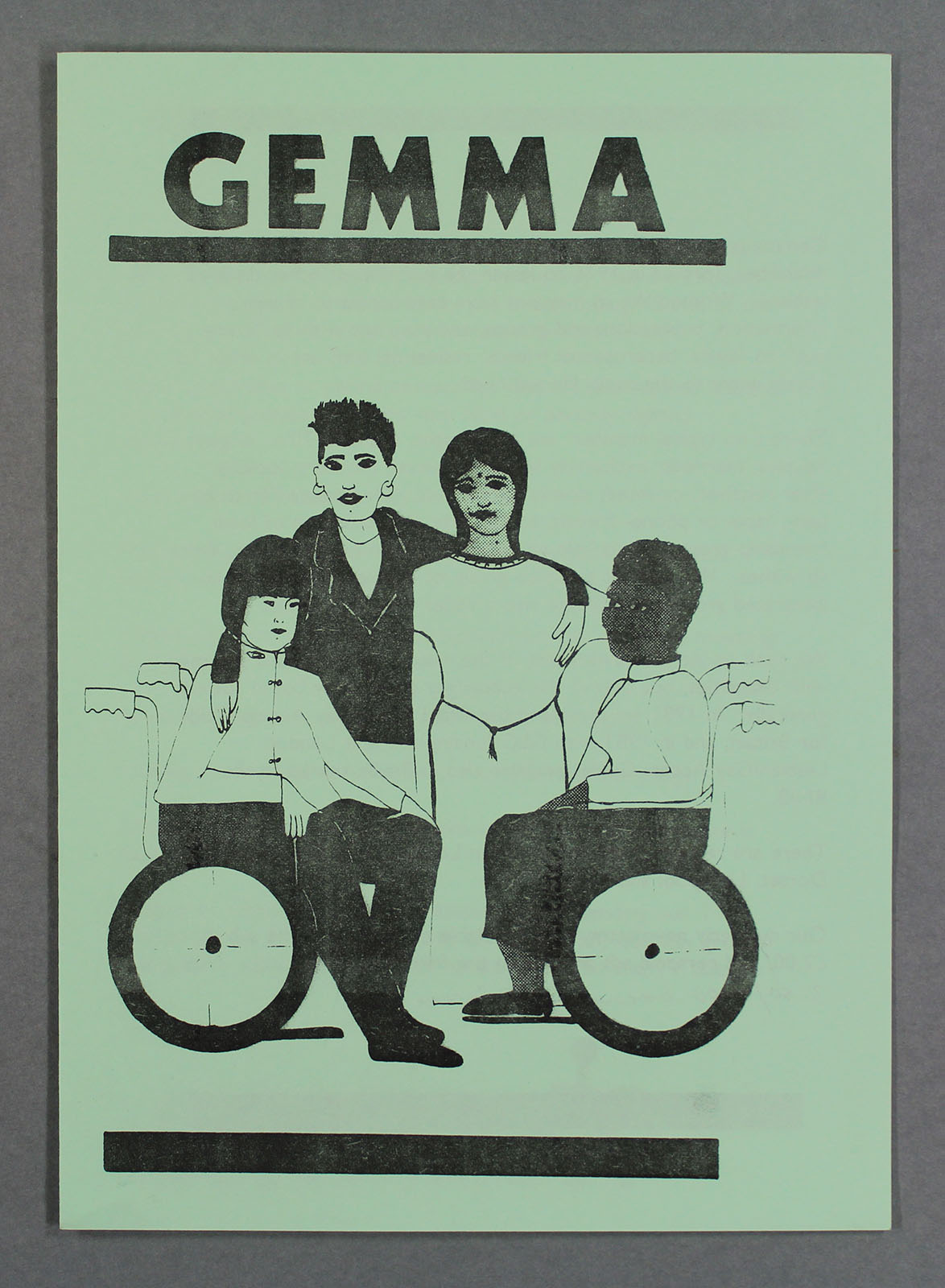 GEMMA is a national self-help group of lesbians, with and without disabilities. They argued for greater inclusion for disabled lesbians and gay men. The flyer promotes GEMMA’s aspiration to embrace diversity and intersectionality ‘We are not a ghetto group of disabled lesbians but an integrated group and a bridge into a wider friendship circle’.

Kimberlé Crenshaw first used the word ‘intersectionality’ when talking about feminism in 1989. Intersectionality reminds us that many of us experience different types of inequality and oppression at the same time, each of which has an impact. 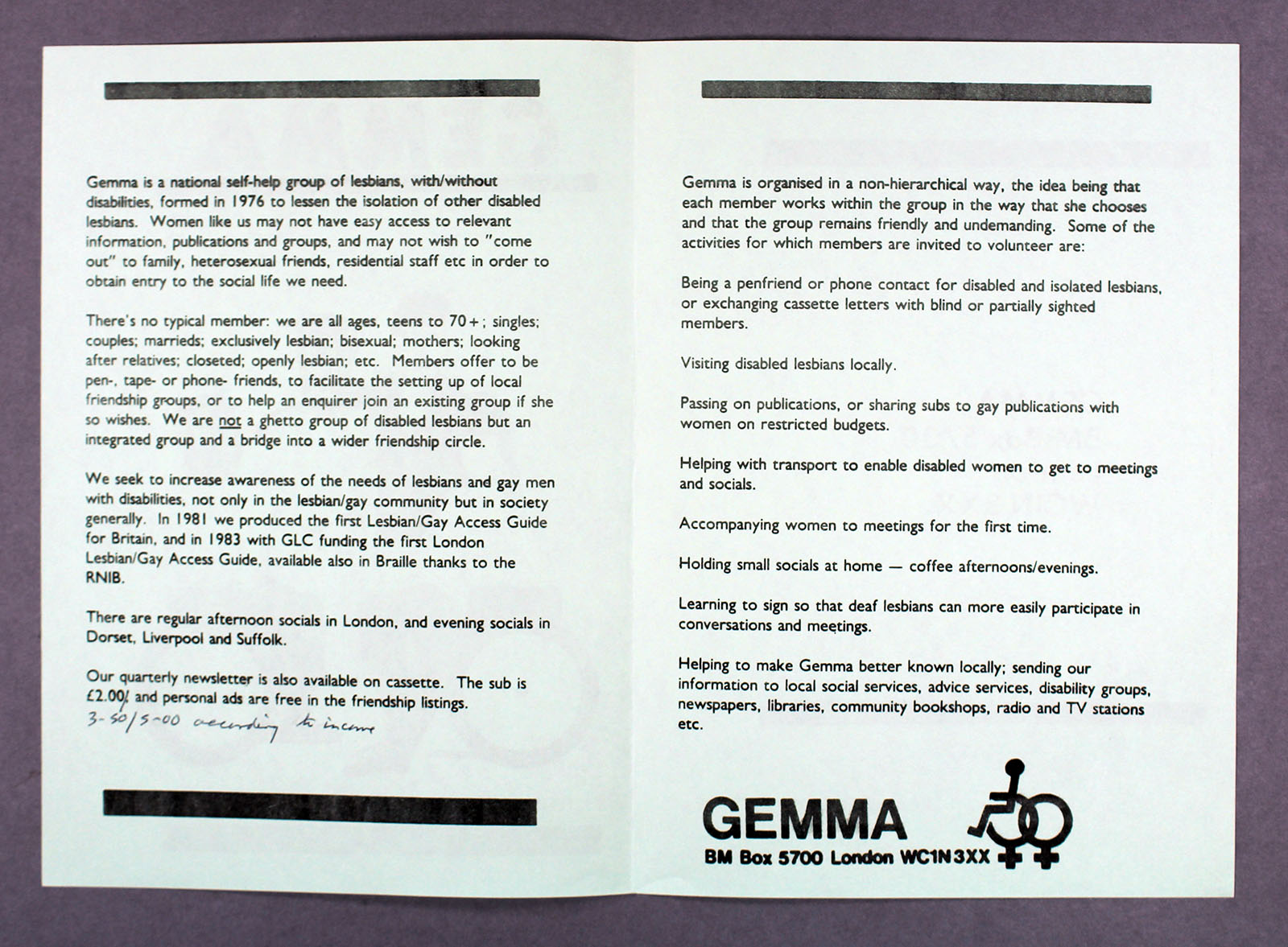 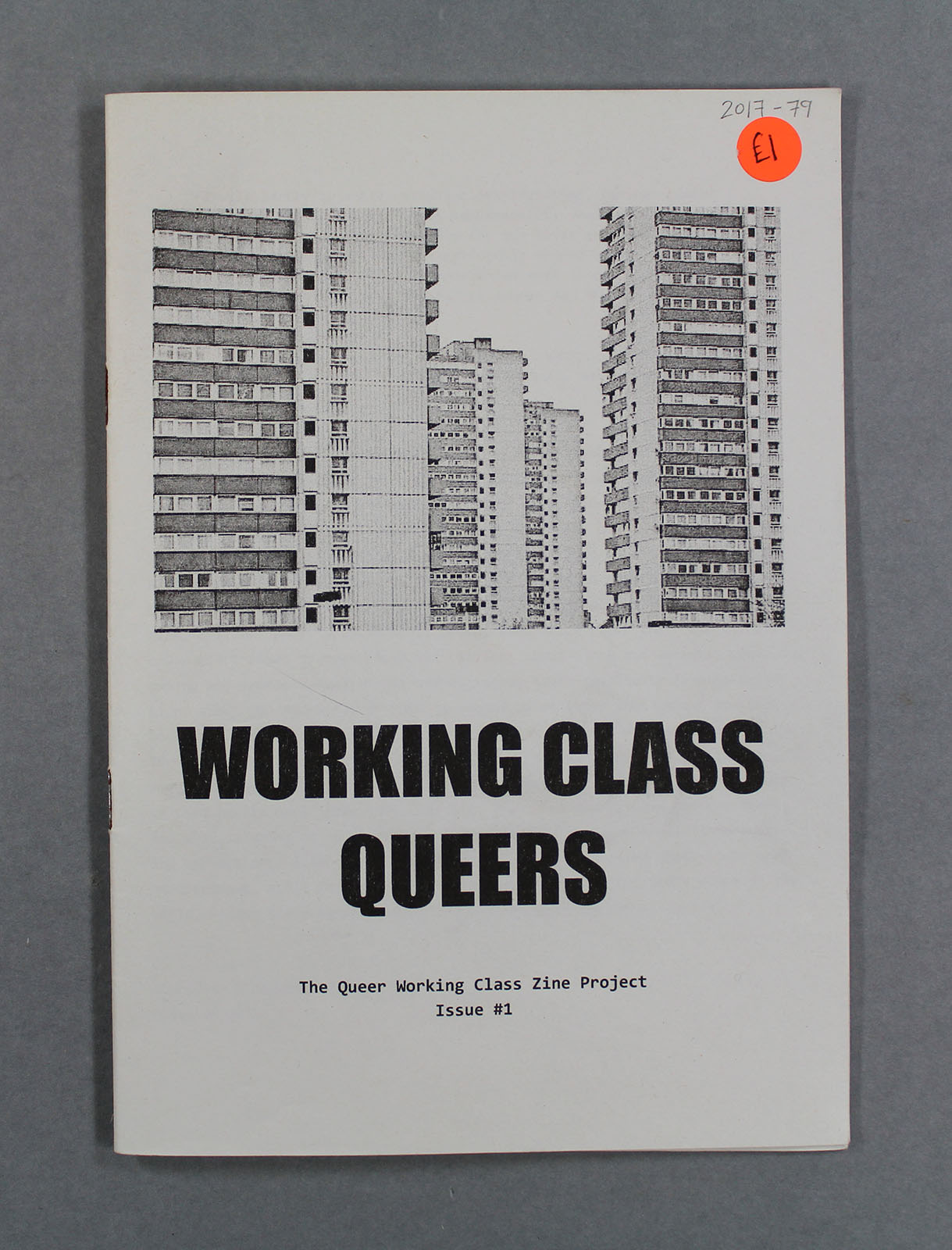 "Tory Britain means dark, desperate times right now: austerity, unemployment, privatisation, food banks, extreme welfare cuts…I see this zine as a space for talking about these things, and somewhere we can be vulnerable/strong and heard, together."

The Working Class Queers project argues that class politics should be clearly visible in the zine scene, in queer communities and wider society. Issue #1 features Sarah Crewe’s poem “A Working Class Guide To The Rainbow Flag”. The poem relates the colours to everyday experiences of poverty. 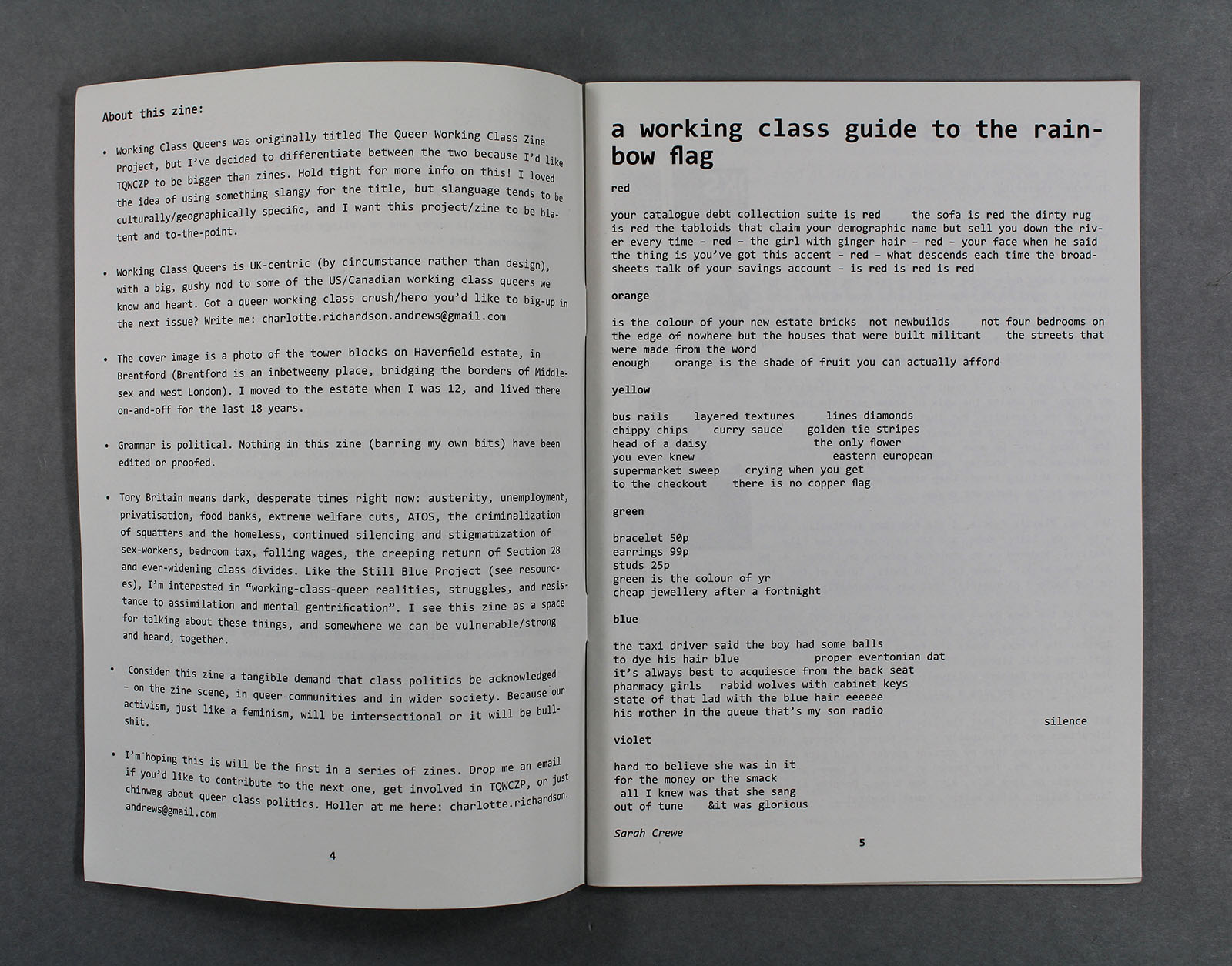 'A working class guide to the rainbow flag' 2017