Women consistently report negative experiences of the health care system. Poor services, or a lack of services at all, are the result of the benevolent moral and political policing, and medicalisation of women’s bodies. 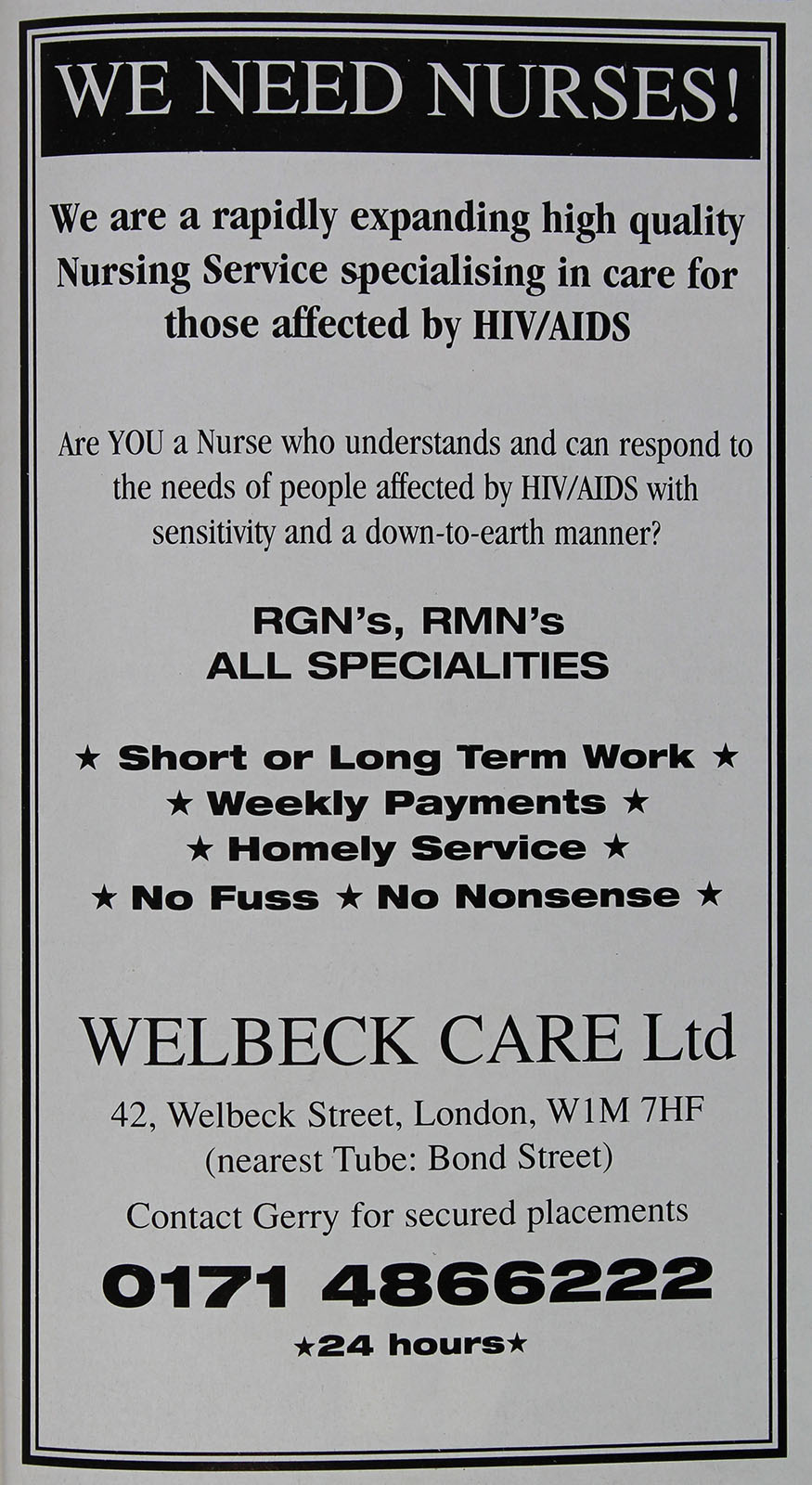 [Ruchill nurses] hugged when no one came to visit, they listened to stories where no one wanted to hear testimony of authentic lives lived & snuffed out. They prepared & presented bodies where no family came to claim, they ensured every last dignity was honoured. They laughed, cried with & consoled their wide-eyed human charges, no one was left uncared for. Overwhelmed many, the youth, the volume & they stood at graves… It was never 'just a job' more an act of true humanity'  - David Thomas

RIP Ruth, Jackie, Sylvia, Graham, Annie and all the other brilliant, women, men and kids who taught me so much about love, humility, and kindness, when the world was full of fear and hatred of them. - Beverly McFarlane‏ 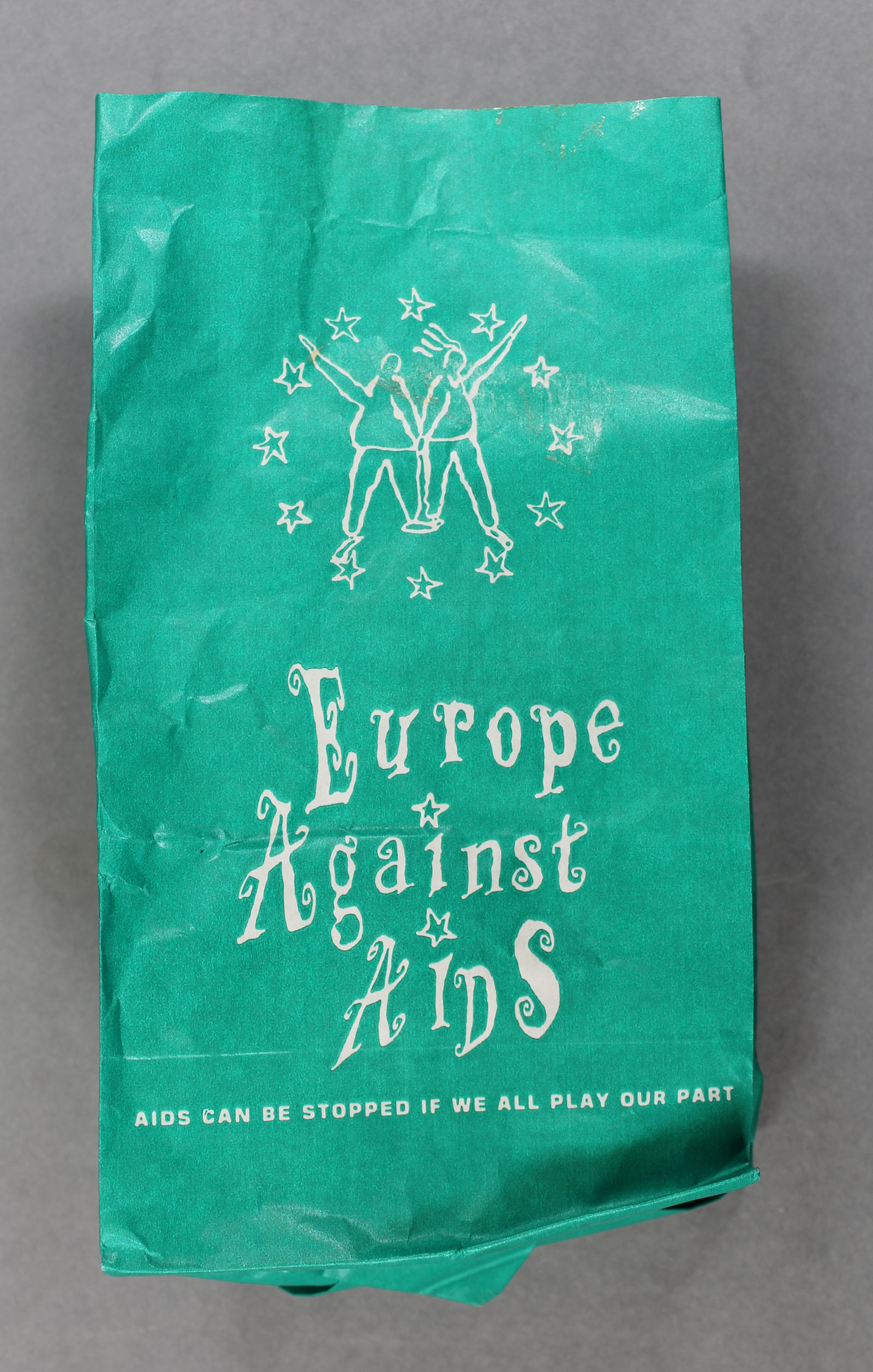 The ‘Europe against AIDS’ campaign helped people to avoid becoming infected with HIV while travelling. It also tackled issues like infection of women and children, AIDS and drug users, HIV in prison, and discrimination against people with HIV and AIDS. 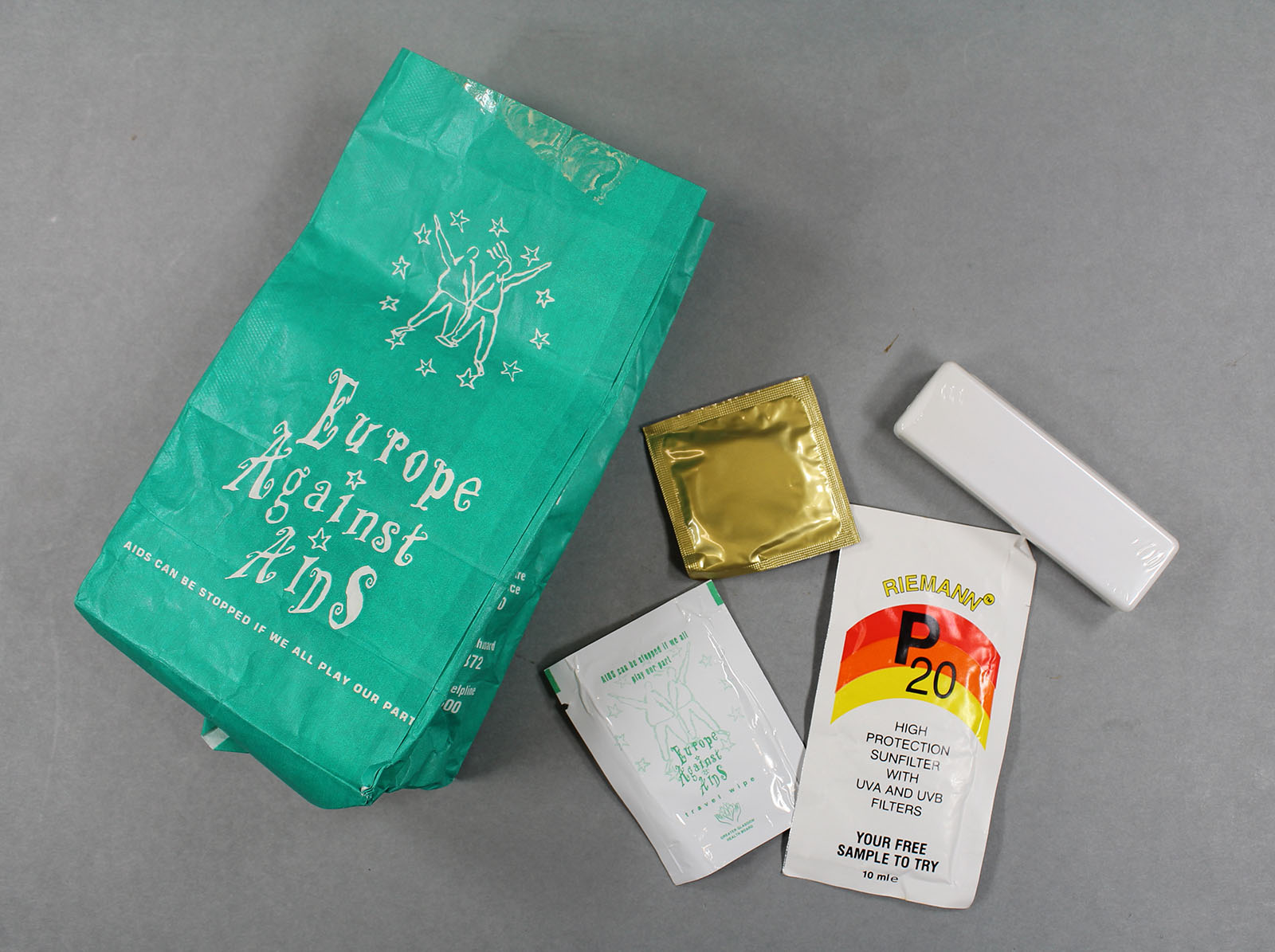 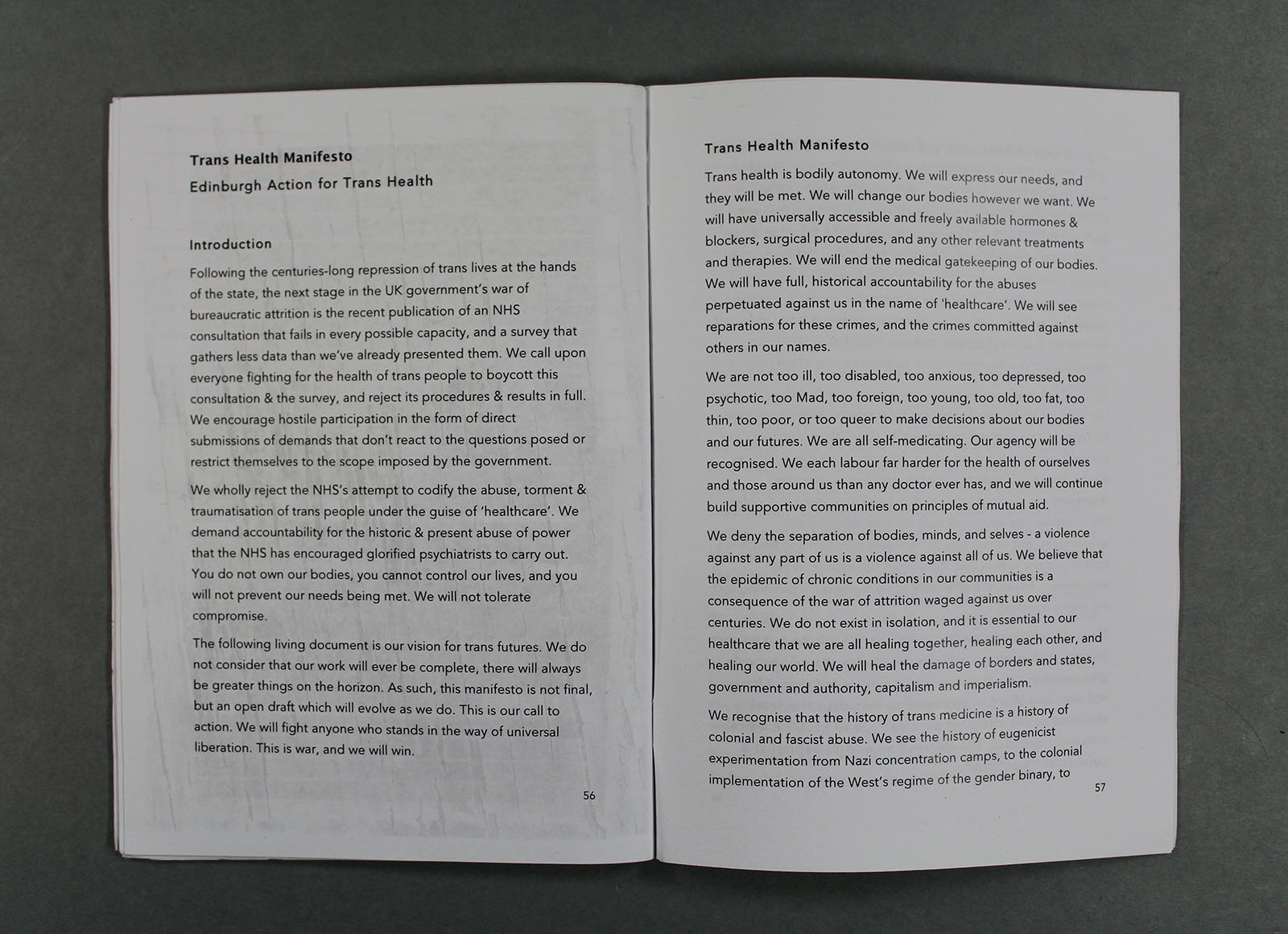 ‘In my mind, radical transfeminism involves centring trans women, trans femmes and non-binary transfemine people… to centre our bodies, needs, experiences and importantly our desires within our political, academic, activist and organising work. Our bodily autonomy is at the heart of this.’

‘We are not too ill, too disabled, too anxious, too depressed, too psychotic, too Mad, too foreign, too young, too old, too fat, too thin, too poor, too queer to make decisions about our bodies and our futures.’

The Gender Recognition Act of 2004 recognised transgender people in their acquired gender role for the first time. Protection from discrimination at work for trans people has been in place since 1999 but protection for trans rights in education was only made law in 2010. 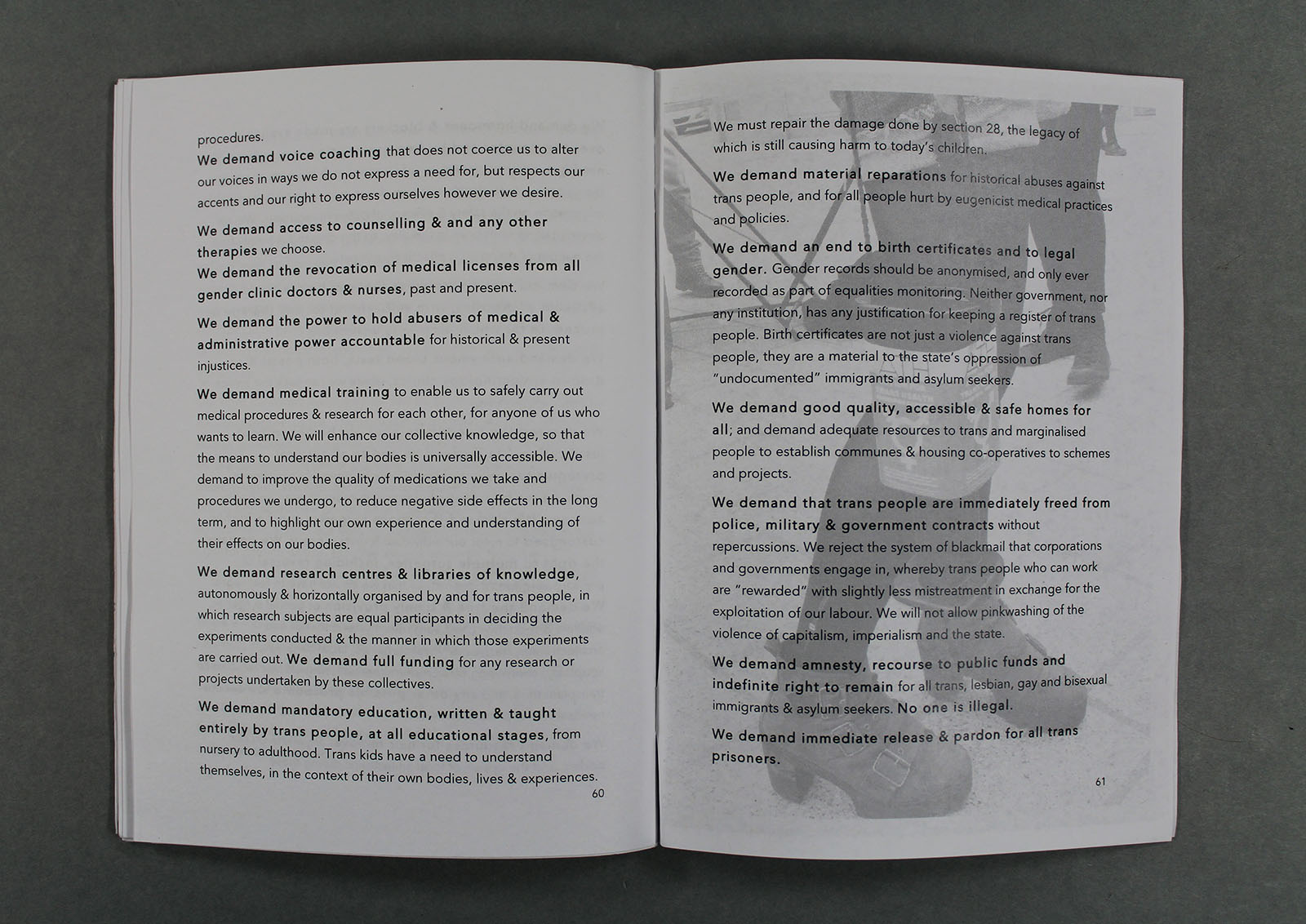 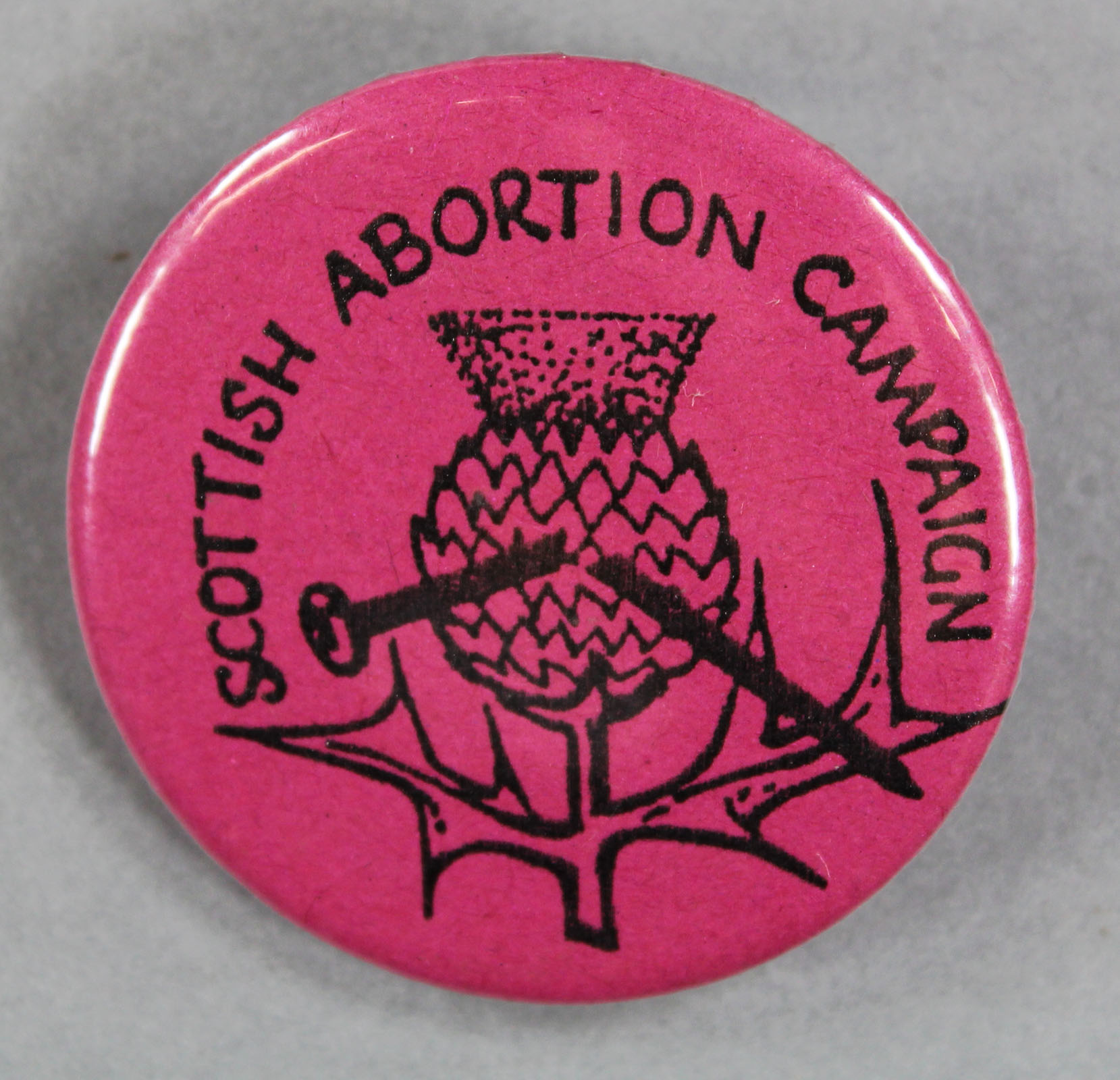 This mug and badge were part of campaigns to defend the 1967 Abortion Act against politicians who were arguing against women’s right to choose. The Scottish campaign chose two symbols – the thistle for Scotland and the broken knitting needle to reflect a break with the past and the trauma of illegal abortion.

The right to have an abortion is still an ongoing struggle in many parts of the world. 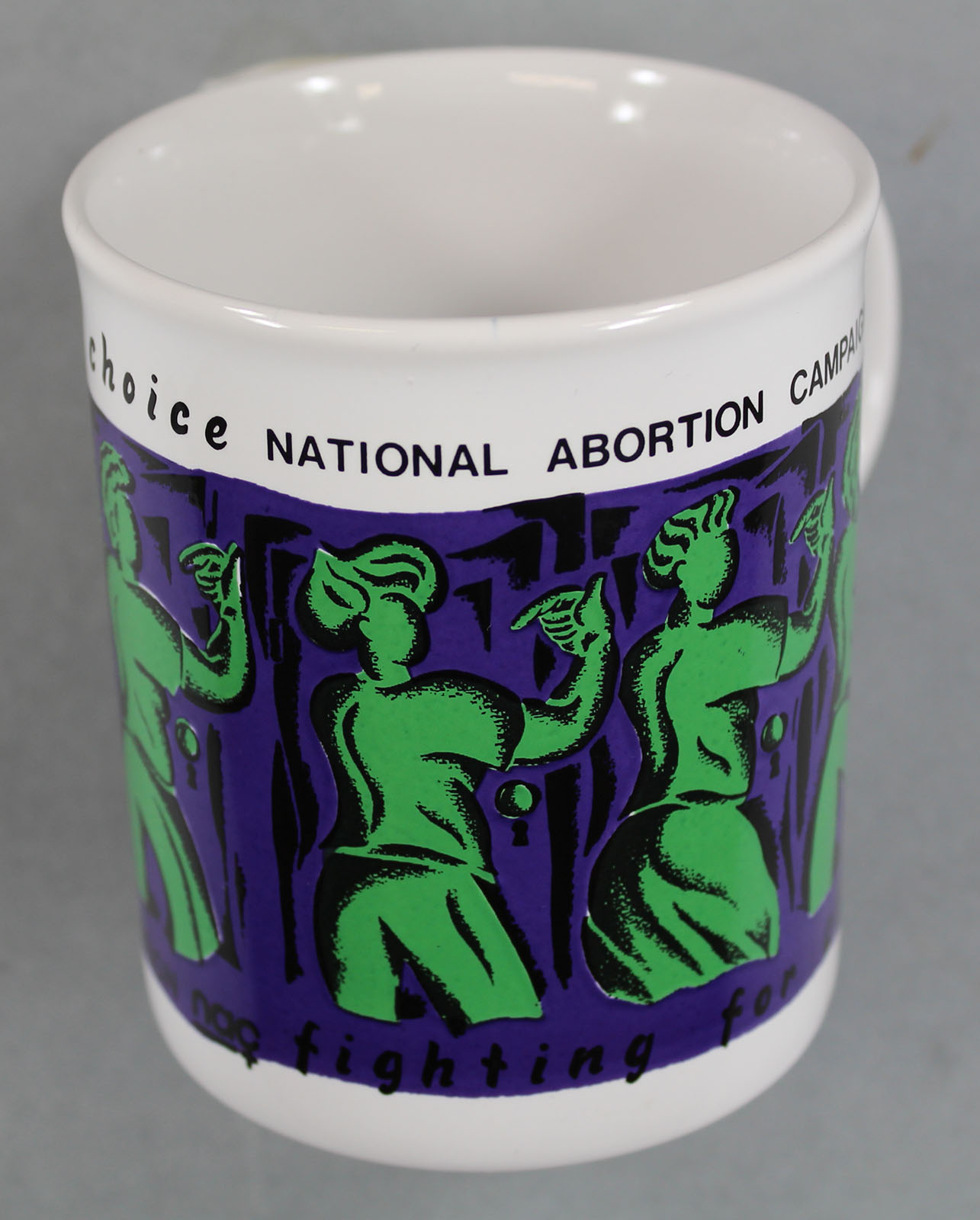 In 1983, the Irish people voted for the 8thamendment to their constitution, giving equal rights to a pregnant woman and an unborn child. In reality, the amendment made it impossible for women to have an abortion.

In a referendum on 25 May 2018, the Irish people voted by 66% to 34% to repeal the 8thamendment. The vote was backed by a powerful grassroots campaign and shows a huge shift in attitudes towards women’s rights in Ireland.

But since the law changed on 1st January 2019, only 5% of Irish GPs have signed up to provide abortions.

Women from Northern Ireland, where abortion is still banned, can travel to the Irish Republic but must pay.