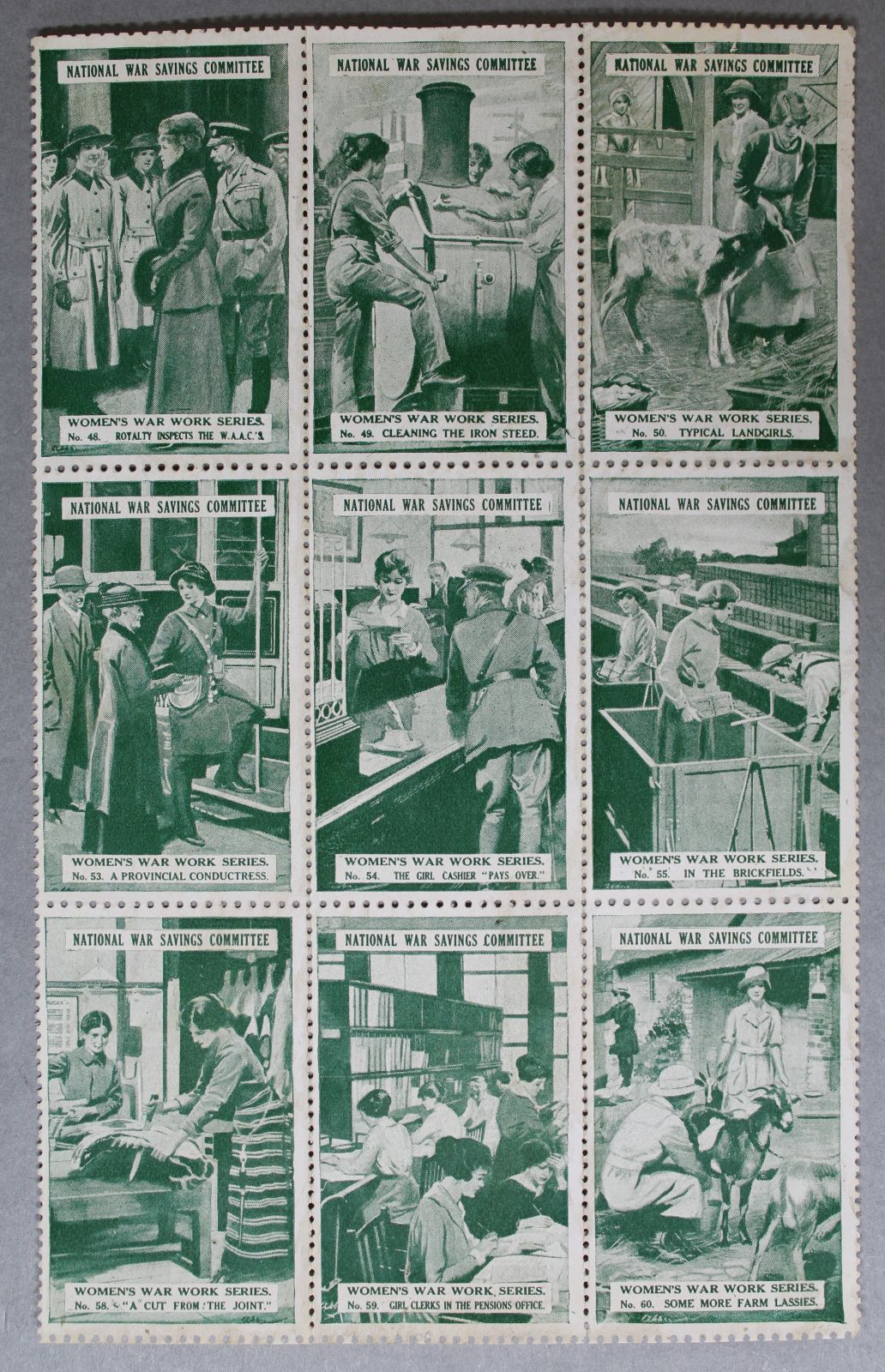 The stamps promoted the purchase of war bonds to finance the war effort. These stamps are the Women's War Work Series and are circa 1942.

During World War One, at 18, Naomi Mitchison joined the Voluntary Aid Detachment to work as a nurse to the wounded.

“I had never done real manual household work; I had never used mops and polishes and disinfectants. I was willing but clumsy.” 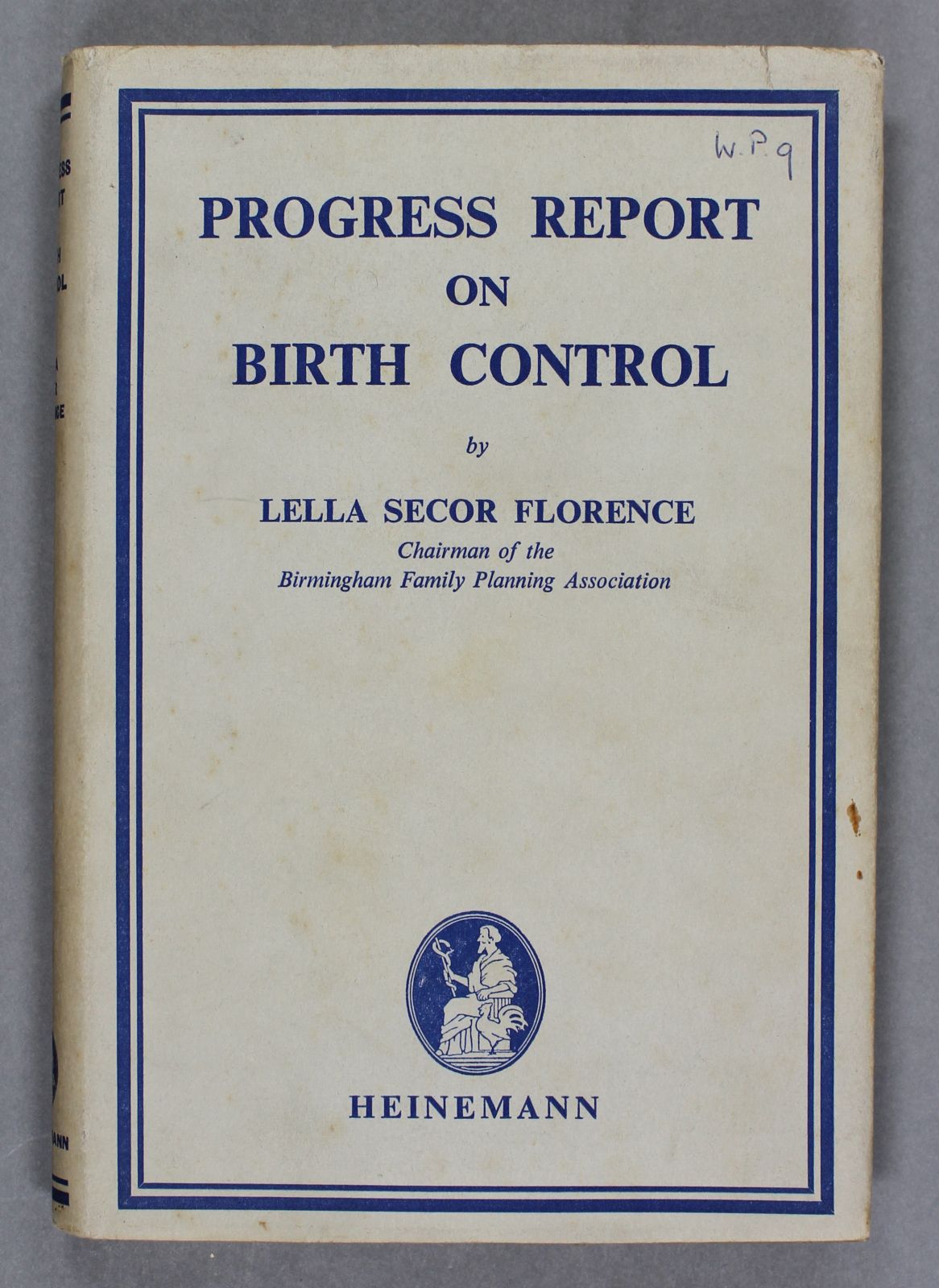 Progress Report on Birth Control by Lella Secor Florence, chairman of the Birmingham Family Planning Association, published by Heinemann in 1956.

A vocal advocate of contraception, Naomi was part of the group who, in 1924, founded one of the UK’s first birth control clinics, in North Kensington, London.

A mother of seven children, Naomi was extremely concerned with the effects multiple births could have on women's quality of life. 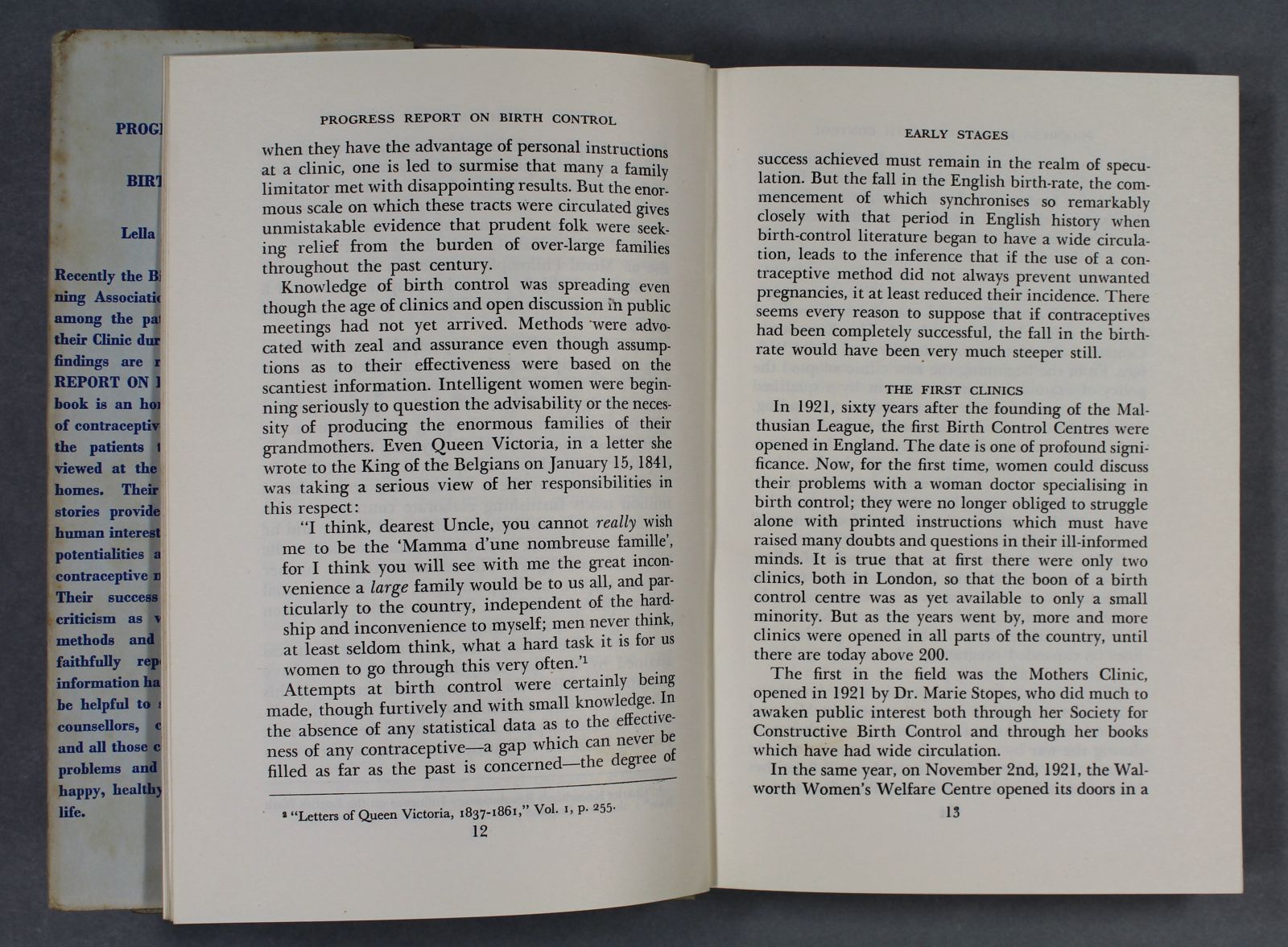 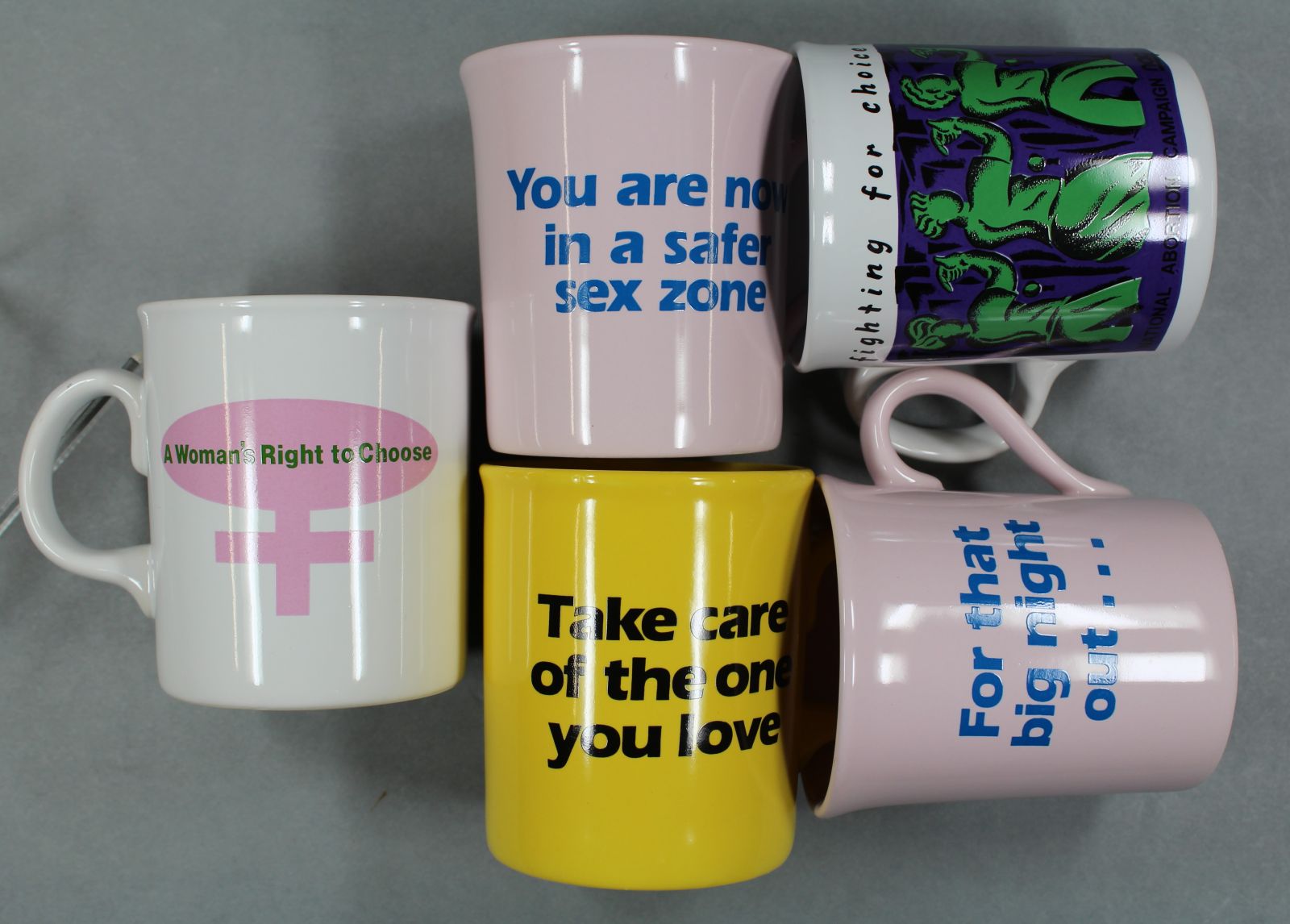 Five mugs arranged in a cluster. One reads, "You are in a safer sex zone" and another is a pro-choice mug from the National Abortion Campaign.

Naomi’s 1935 book ‘We Have Been Warned’ caused controversy due to its honest descriptions of sex, contraception, rape and abortion. The book was condemned by critics and rejected by many publishers before a heavily-revised version was finally printed. 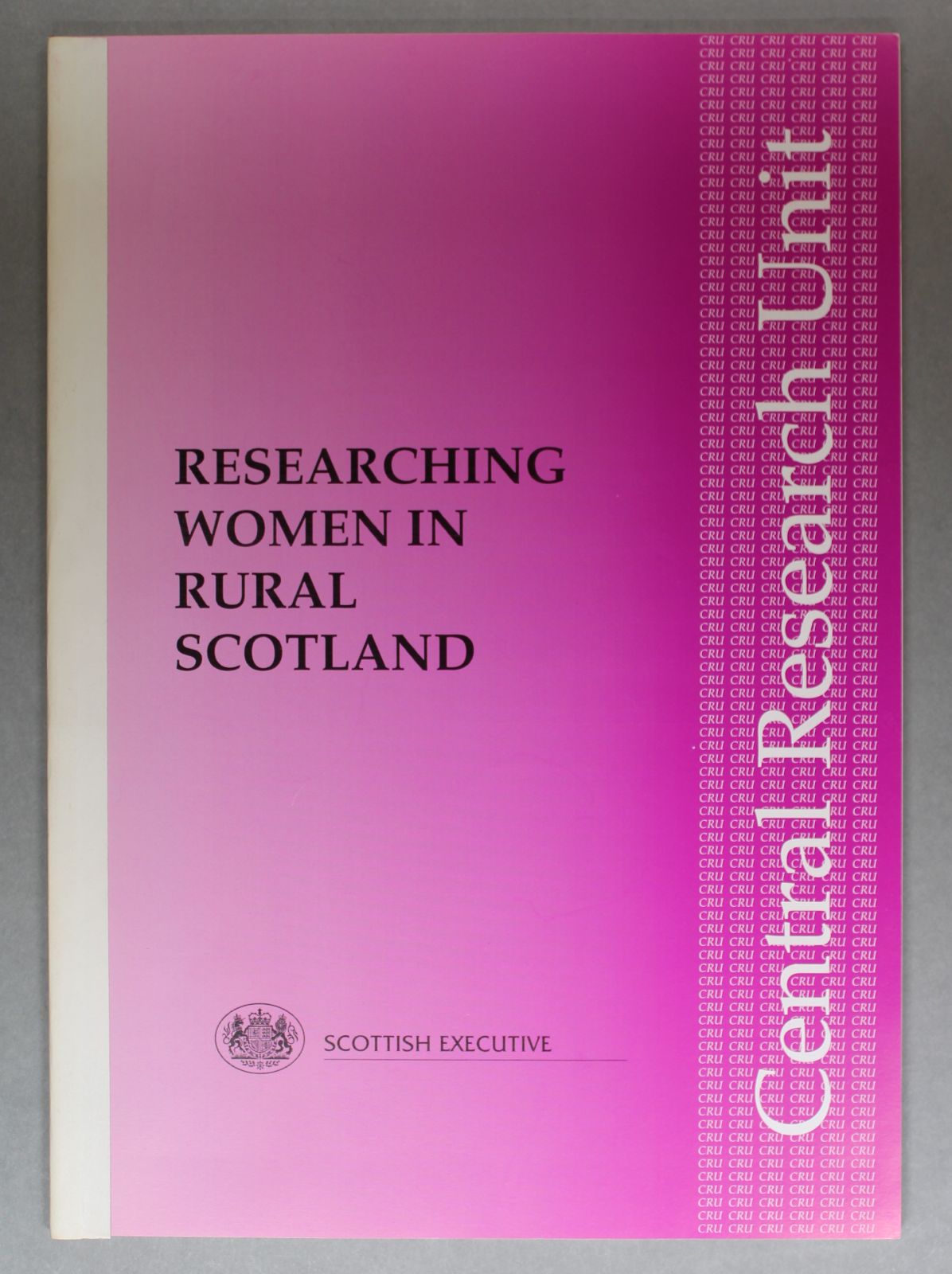 Naomi lived most of her life in Carradale, on the Kintyre peninsula, and embraced all aspects of rural life. She was a member of the Argyll County Council, the Highlands and Islands Advisory Panel, and Development Council, and a vocal supporter of Scotland's western isles. 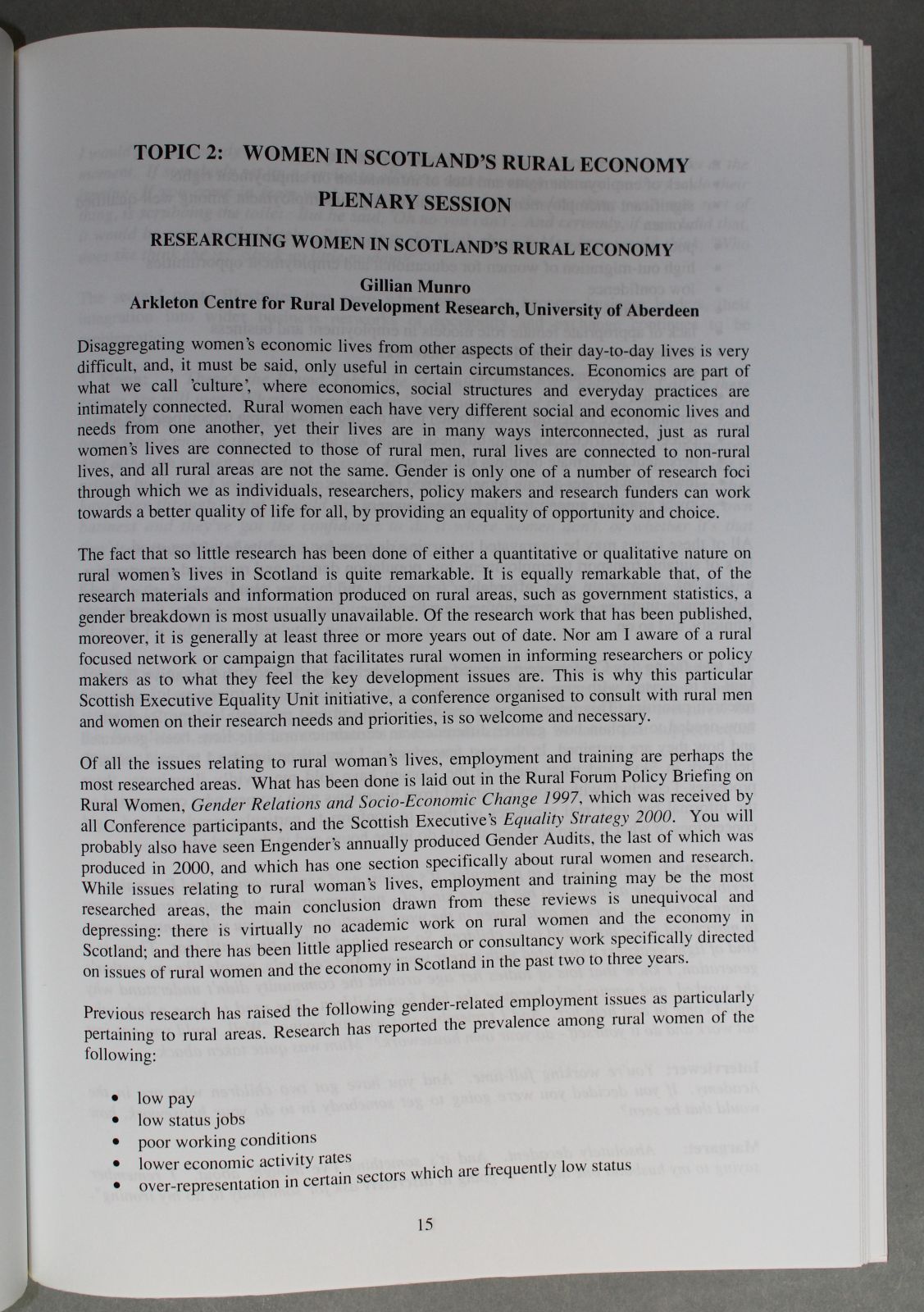 A plenary from the Researching Women in Rural Scotland conference organised by the Scottish Executive in Inverness, 1 June 2001

Towards Peace and Freedom, 1919 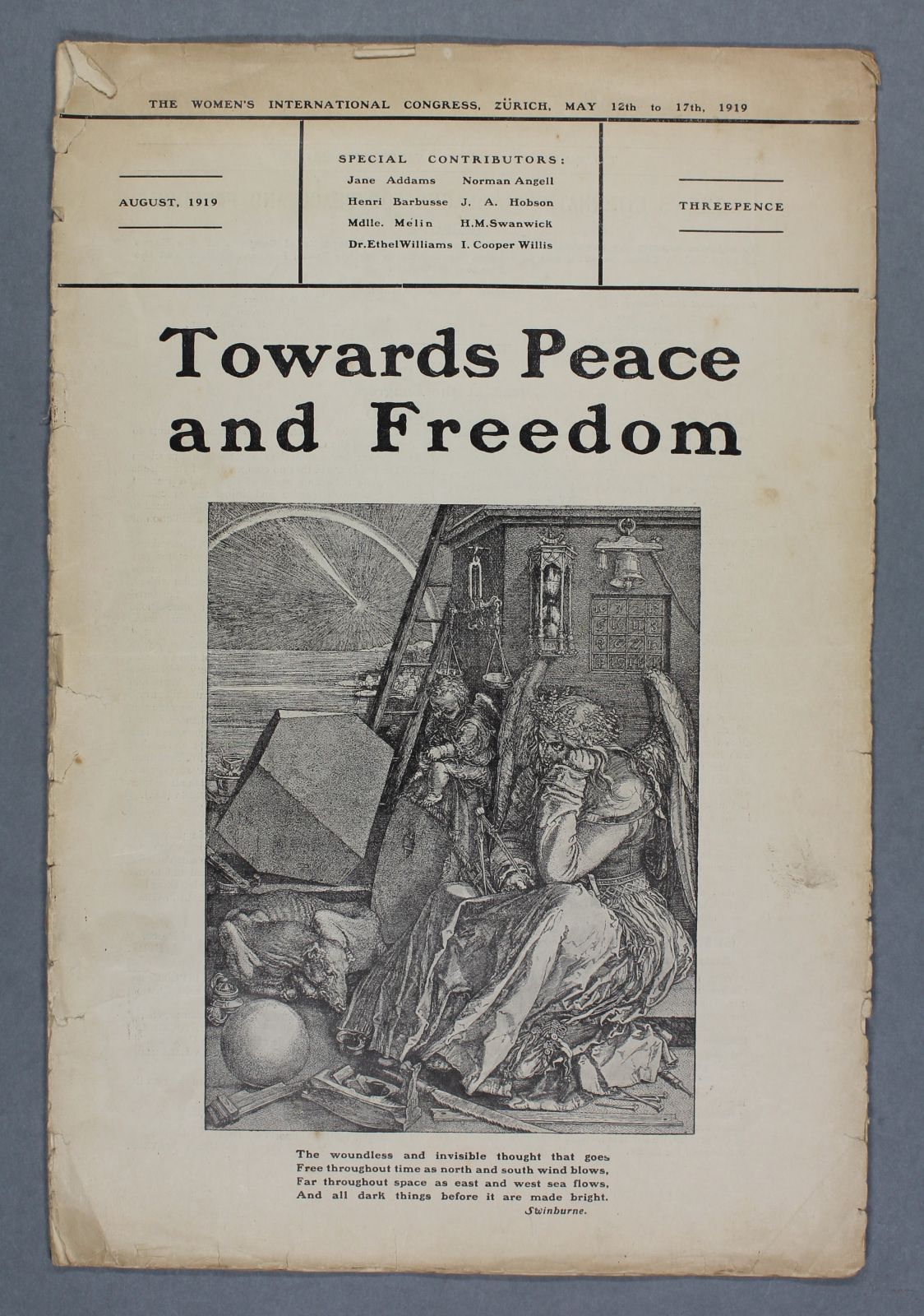 Towards Peace and Freedom from The Women's International Conference, Zurich, 1919

During the 1950s Naomi was appointed vice-chair of the Authors’ World Peace Appeal, a group of more than 70 writers working towards global peace.

During the 1960s Naomi spoke at a nuclear disarmament rally and led a Glasgow march against the planned Holy Loch Polaris missile base. Age didn’t slow her determination to stand up for her beliefs. In her 80s she could be found at the women’s Peace Camp on Greenham Common. 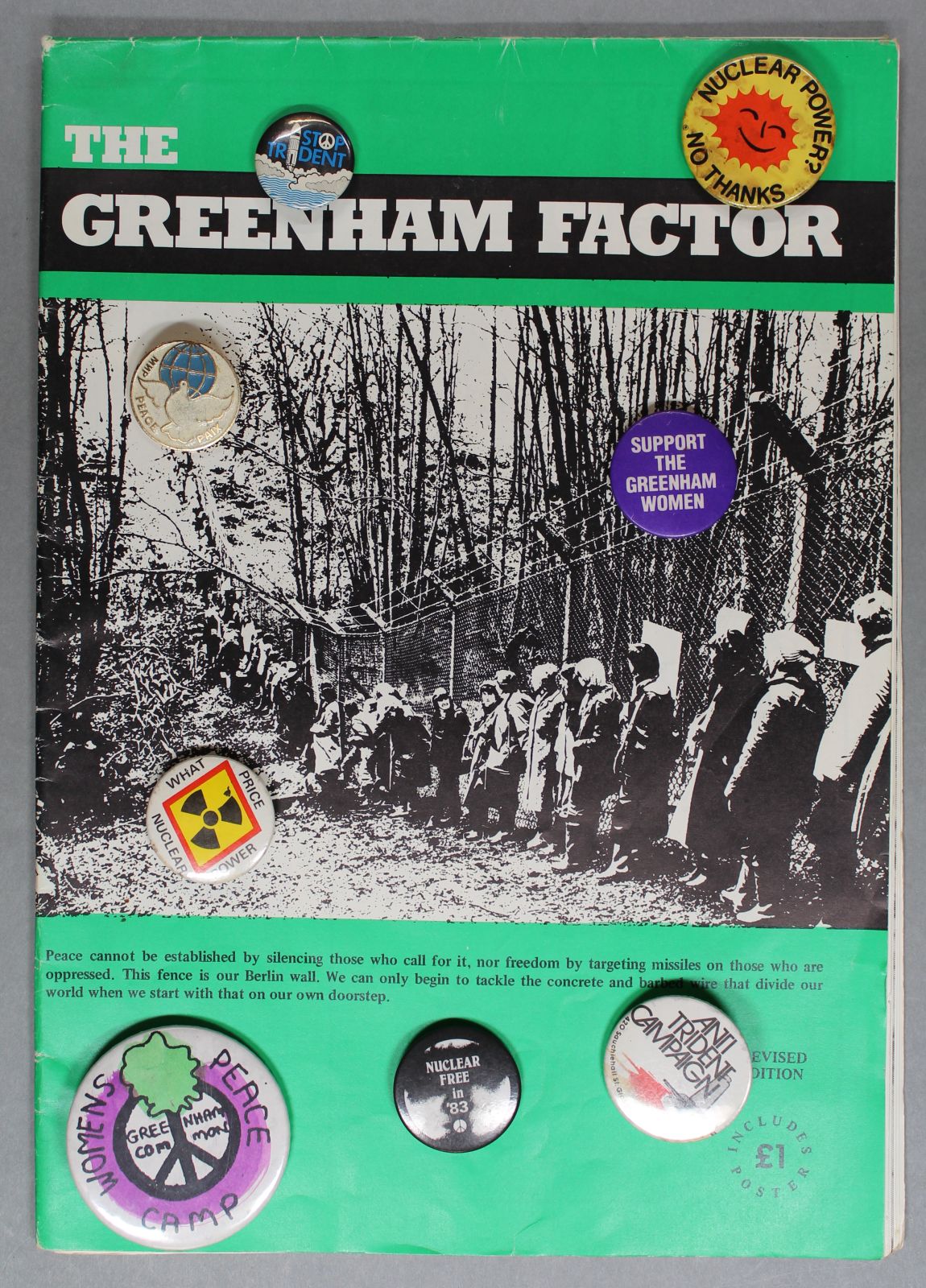 The Greenham Factor booklet with anti-nuclear and peace campaign badges.