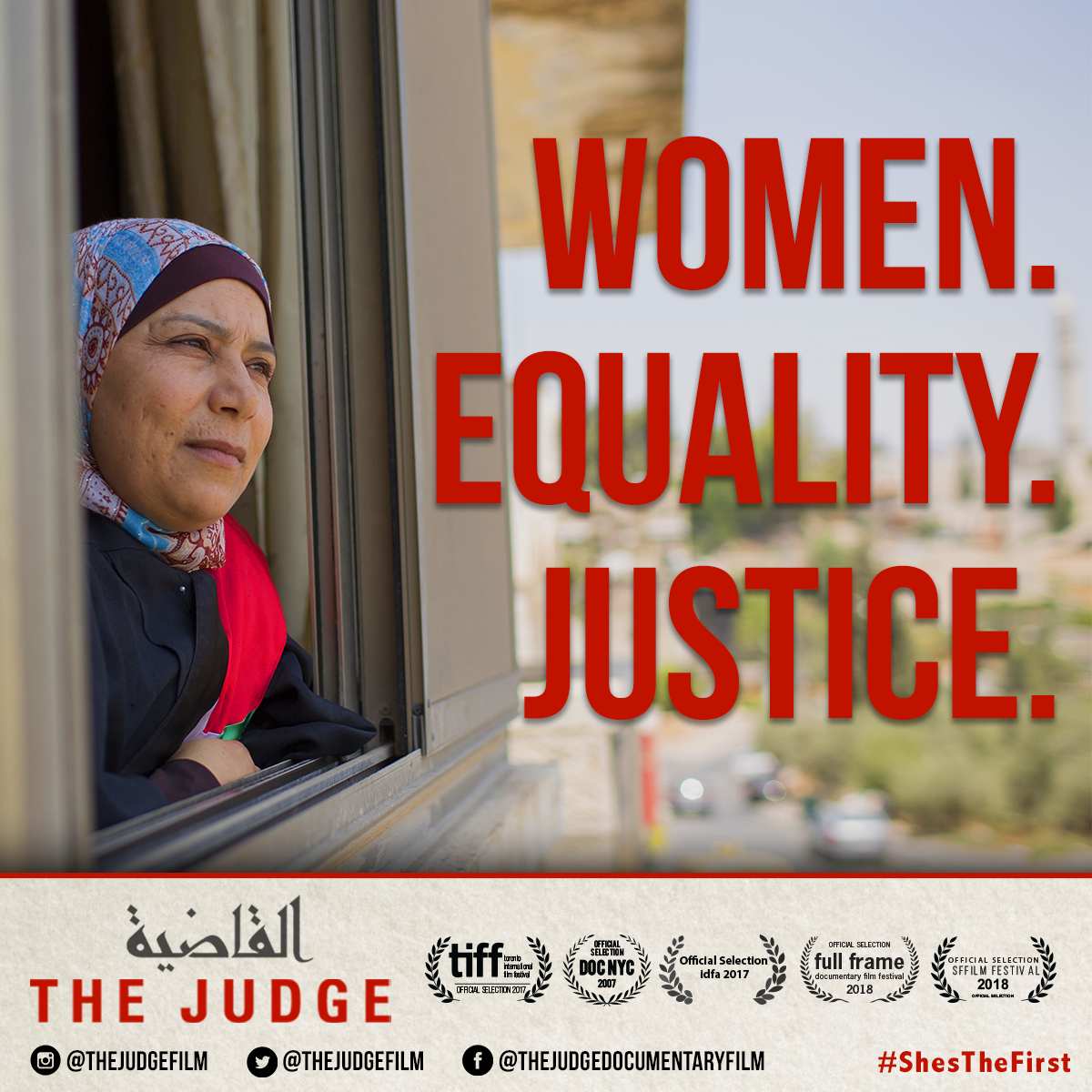 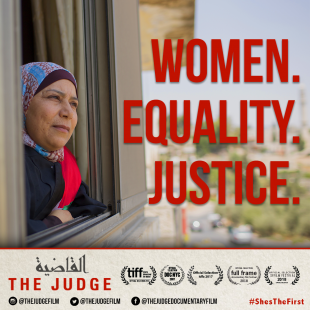 Showing Shari’a law in a way we’ve never seen before–through the story of the first-ever female judge in Palestine’s religious courts–The Judge is portrait of a remarkable woman who overcame a male-dominated tradition to change minds.

Middle East religious courts, including the Shari’a courts of Islam which adjudicate domestic and family matters, have traditionally banned women from serving as judges – until Kholoud Al-Faqih dared challenge that history.

In 2009, with the support of a progressive Sheikh, Kholoud became the first woman Shari’a judge in the Middle East with her appointment to a Palestinian Shari’a court in the West Bank. She dispenses justice in domestic and family affairs like marriage, divorce, abuse, and child custody, which have always leaned heavily in favor of men.

With unique access to these courts, The Judge presents an unfolding vérité legal drama, with rare insight into both Islamic law and gendered justice in the Middle East.

Director: Erika Cohn is an Emmy Award-winning director/producer who Variety recognized as one of 2017’s top ten documentary filmmakers. The Judge premiered at the Toronto International Film Festival and also screened at DOC NYC, the Full Frame Documentary Film Festival and more.

There will be a panel discussion with:

Farkhanda Chaudhry has a background in community development, equalities and training. She is the first Muslim female magistrate in Scotland and served on the bench for over 20 years. She was awarded an MBE in 2005 for her work on gender/ equality in an international setting. She has been involved In community building and interfaith work from a very young age.

Tasmina Ahmed-Sheikh was  the Member of Parliament for Ochil and South Perthshire, the SNP Westminster Spokesperson for Trade and Investment and Deputy Shadow Leader of the House from 2015 to 2017. Tasmina was the first ever women of colour from Scotland, to be elected to any Parliament – European, Westminster or Scottish Parliament.

She is a member of Inclusion Scotland’s Access to Politics Advisory Group and is a Board Member with the UK-wide Parliament Project, to promote the role of women in politics.

Tasmina is currently a columnist with The National newspaper and owner of Slàinte Media, which produces television programmes of which she is both Editor and co-presenter.

At a time of significant change, the world’s longest running South Asian film festival (outside India) marks its 21st anniversary with a curation inspired by the theme of Revolution. UK Asian Film Festival, historically known as Tongues on Fire and then London Asian Film Festival, is synonymous for also championing South Asian feminist films and supporting pioneering artists and auteurs. It will run in five cities across the UK, London, Manchester, Leicester, Edinburgh and Glasgow.

This event is for open to all and is free to attend. Please book below (you will be taken through the shopping cart but no charge will be made) or you can call us on 0141 550 2267. If you have booked a place and are no longer able to attend please let us know so that we can make your place available to someone else.

Glasgow Women’s Library is wheelchair accessible, with lifts to the first floor and the Mezzanine Floor. We have accessible toilets and all the bathrooms are individual closed stalls and are gender neutral. Our larger Events Space is fitted with an induction loop. A portable induction loop is also available. For paid events free companion tickets are available.

Find more information on Accessibility at GWL or contact us and we will be very happy to offer assistance.

Tickets are not available as this event has passed.
+ Google Calendar+ iCal Export