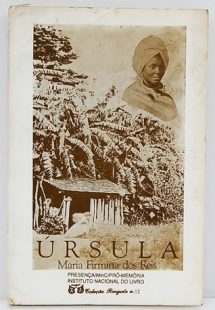 MARIA FIRMINA DOS REIS was born in 1825 on the island of São Luís in Maranhão, Brazil. Differing accounts suggest she was the daughter of a white Portuguese mother and a Black African enslaved father, or the daughter of a free black woman and a black enslaved man, or the daughter of a black enslaved woman and a white man. Whichever way you look at it she did not have the easiest start to life. Her parents would have been unable to marry – society would have shunned such pairings – and Maria would have begun life with what her community perceived as three handicaps; she was mixed-race, illegitimate and a woman.

Maria grew up with her mother in an aunt’s house and – being a girl – was denied an education. Her need for knowledge pushed her to self-study and she excelled in scholarly pursuits. By the age of 22 she was a 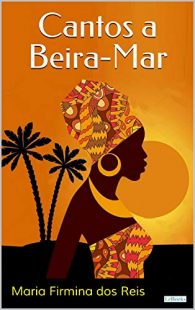 primary school teacher – a ‘suitable’ role for an unmarried woman – and wrote poetry and short stories, which was also thought to be an acceptable female past-time.

Brazil was the last country in the Western world to abolish slavery, and did not do so until 1888 (Britain ended the practise in 1834). Societal prejudices were sure to have dogged Maria’s life. In 1859 she wrote Ursula, thought to be one of the first novels written by a Brazilian woman, and by an Afro-Brazilian woman. Published under the pen-name Una Maranhense – meaning a woman from Marahão – the book is also believed to be first abolitionist work from Brazil. Ursula’s central love story concerns two white people but, daringly for the time, the book portrays black slaves as being ‘human’ and having morals, emotions and opinions similar to those of the white ruling classes.

Maria went on to write another love story, e Gupeva, a book of political poetry called Cantos à beira-mar (1871; Songs at the Coast) and a powerful short story called  A Escrava (1887; The Slave Woman). She kept a diary for fifty years and wrote a song to celebrate the end of slavery in Brazil Hino da libertação dos escravos (1888; Hymn of the Liberation of Slaves).

“I fell to my knees and again pleaded, taking the hands of the cruel trafficker, ‘My children!… My children!’ But he pushed them violently, and threatening them with a whip had them taken away…”

from The Slave Woman by Maria Firmina dos Reis

Shortly before she stopped teaching, in 1881, Maria founded a school for disadvantaged boys and girls, but mixed education was deemed shocking and the school suffered from repeated protests. It closed down two years later. Maria is thought to have adopted ten children, her filhos do coração (“sons and daughters of the heart”). Although she is now a celebrated figure in Brazil, she died blind and in poverty in 1917, at the age of 92.

Follow this link for a synopsis of Maria’s Úrsula