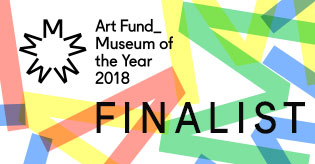 Glasgow Women’s Library today announced their inclusion on the shortlist for the prestigious Art Fund Museum of the Year 2018 – the only Scottish museum to make the shortlist this year, and the first nomination for a museum rooted in feminism.

Supported by Art Fund, the £100,000 Museum of the Year prize is designed to get to the heart of what makes a truly outstanding museum, seeking out innovation and exceptional achievement in museums and galleries all across the UK, and working to encourage more people to visit.

This achievement is in recognition of the innovative, community-driven approach that the Library, Museum and Archive has developed since its launch in 1991, and specifically the milestones it has achieved in 2017. The nomination is timely coming as it does at a time of fertile public campaigns and press interest in gender, representation and inequalities. In 2017 Glasgow Women’s Library launched Equality in Progress, a programme of research and events drawing on its own ground breaking work with the aim of addressing issues of exclusion evident in the cultural and museum sectors.

Glasgow Women’s Library is the only Accredited Museum in the UK dedicated to women’s lives, histories and achievements and is a Recognised Collection of National Significance. 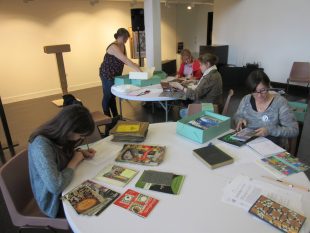 The organisation has grown from the grass roots through the support, donations and efforts of thousands of women and enjoys huge public goodwill from its local neighbourhood and across the world. It hopes to mobilise its supporters and attract new visitors with a public engagement campaign that will run until the winner of Art Fund Museum of the Year 2018 is announced at the Victoria and Albert Museum on 5th July.

The focus of the campaign will be to answer the question ‘Why a Women’s Museum?’, addressing the misnomer of the name and conveying the unique qualities of this multi award-winning organisation. Glasgow Women’s Library works across Scotland, is open to all and increasingly attracts international partners and visitors. An exemplar of a cultural institution attracting diverse users that is ‘owned’ by a wide community, Scotland’s First Minister, the Rt. Hon. Nicola Sturgeon MSP has called Glasgow Women’s Library, ‘…truly a national treasure’. Using the hashtag #MyMuseum, the museum will showcase the hugely varied backgrounds of its users – from stellar artist Linder Sterling (currently showing at GWL having being inspired by its collections), to women whose lives have been transformed through the Library’s Adult Literacy and Numeracy project. The campaign will illustrate the importance of creating a museum that is grounded in social justice and equality. 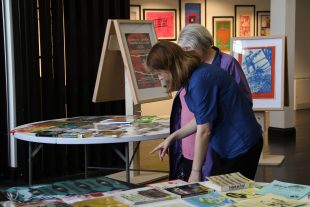 “Being given the huge accolade of a place on the Art Fund Museum of the Year 2018 shortlist is both a public recognition of the innovative, impactful work we have been delivering in 2017 and signals that the sector is ripe for change. This endorsement for GWL’s radically inclusive approach is occurring in the febrile context of #blacklivesmatter, #metoo, #museumdetox and the blossoming of calls for action on representation and inclusion within and beyond the cultural and museum sectors. Whereas mainstream museums are being increasing ‘called out’ for their resistance to changes in representation and exclusion, GWL is exploring and modelling ways of shaping governance, collecting, programmes, curating and access that are now being seen as relevant and timely.

To have made it onto the list of Finalists is a historically significant moment for GWL and its huge community of supporters, from renowned artists and writers who have been inspired by its collections to those who have had life changing experiences as literacy learners, volunteers and donors. We are hoping that this could also mark a sea change in the wider sector where the ‘easy to ignore’ become key agents for change in the museums of the future.”