MARCH documents the large scale, public art event March of Women taking to the streets of Bridgeton on the eve of International Women’s Day 2015.

MARCH documents the large scale, public art event March of Women taking to the streets of Bridgeton on the eve of International Women’s Day 2015.

Through a series of interviews with a wide variety of women taking part in the performance and march, the film considers the gap in documenting women’s history, and points to the resounding importance of having a female generation to both honour and draw inspiration from. It follows the process of the play’s development within a community of Scottish women from boat builders, to students, librarians and politicians, as they work together towards the final event on March 7th 2015. The film gives a lingering insight into some of the political and social experiences of women in Scotland today, and invites testament to the tremendous power of a collective voice, and the surprising resonance of a play written over a century ago with our contemporary society.

MARCH is now available on DVD exclusively from Glasgow Women’s Library for just £5 plus P&P. 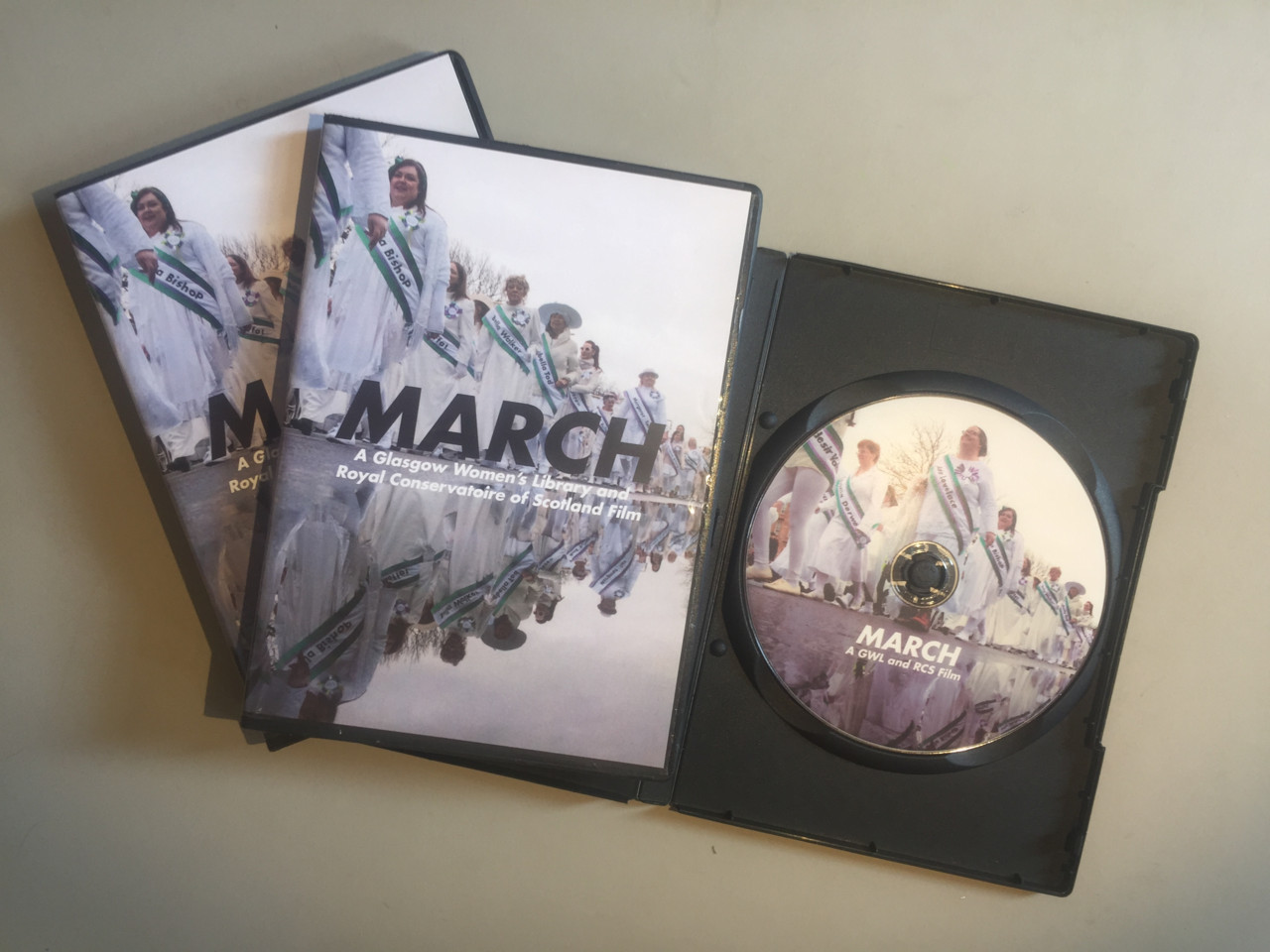 MARCH – A GWL and RCS Film