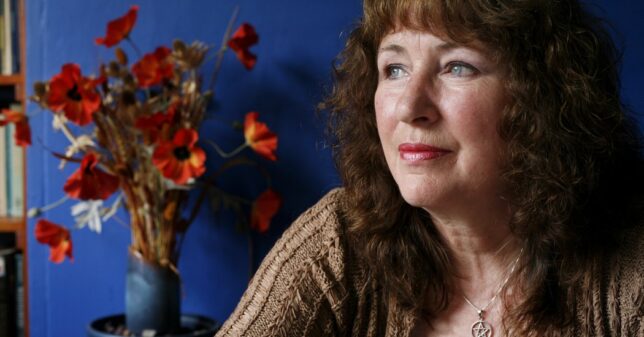 Witchcraft was based on love, Janet believed, she practiced it and found interest and solace in its trappings.

Make
nothing
except love
and love will make
you.

Janet suffered continued abuse at the hands of her husband, the father of her seven children. The violence began before they were married, erupting during a family celebration: “It was the first time the man I would later marry had attacked me, in full public view. It took six men to stop him throttling me.” 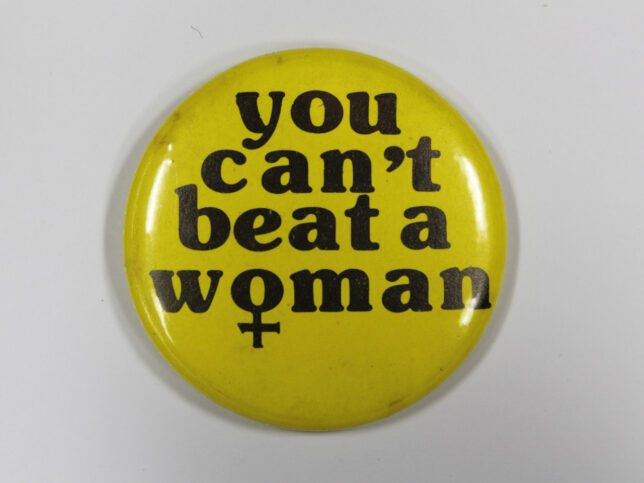 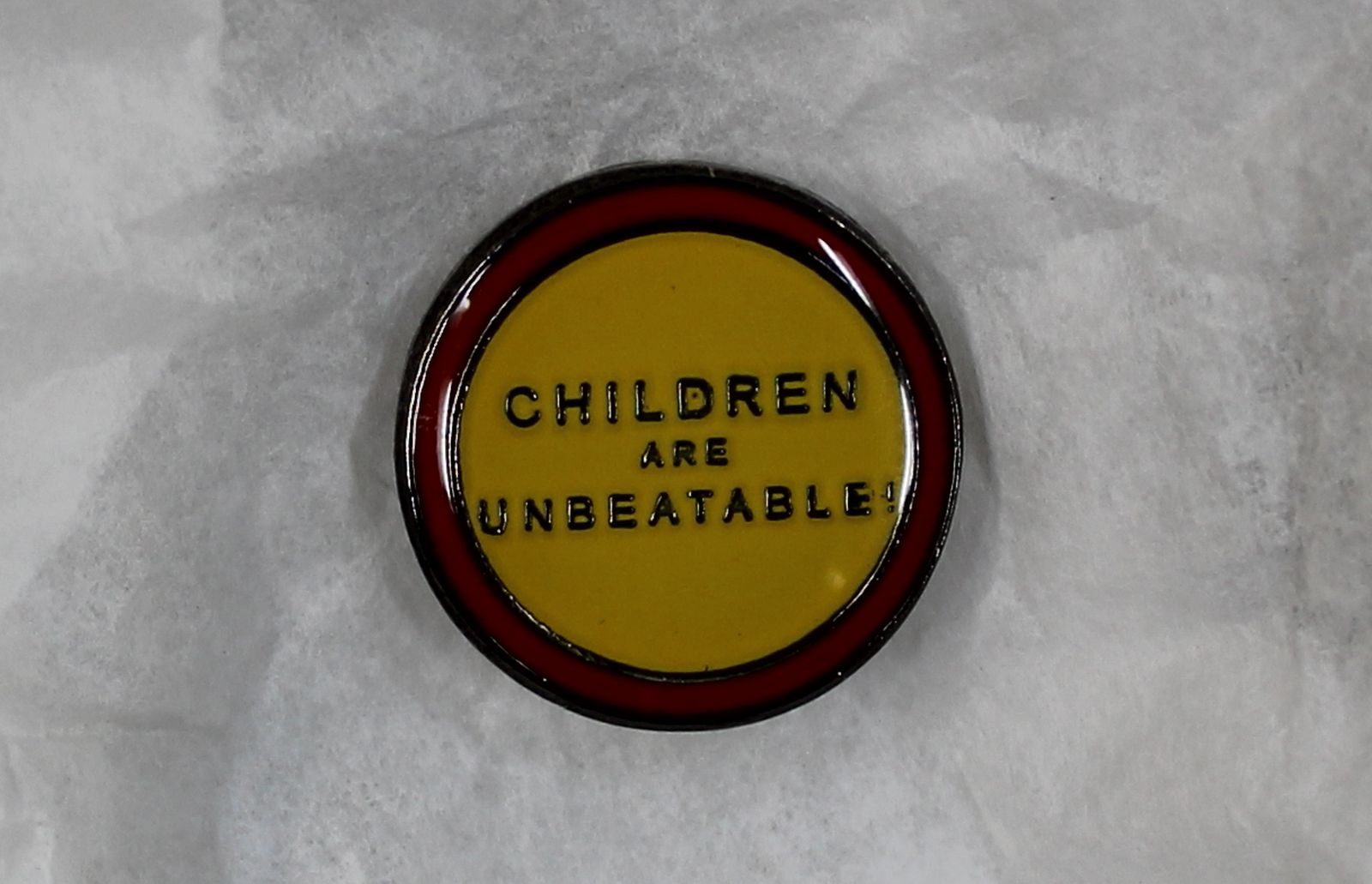 “I realised, from the sounds I could hear, that he was beating our son. I gathered up my shaking, shocked laddie and bathed his face to stop the bleeding and the bruises swelling on his body…”

Report on the Social & Legal Rights and Services in Scotland & UK, 2014 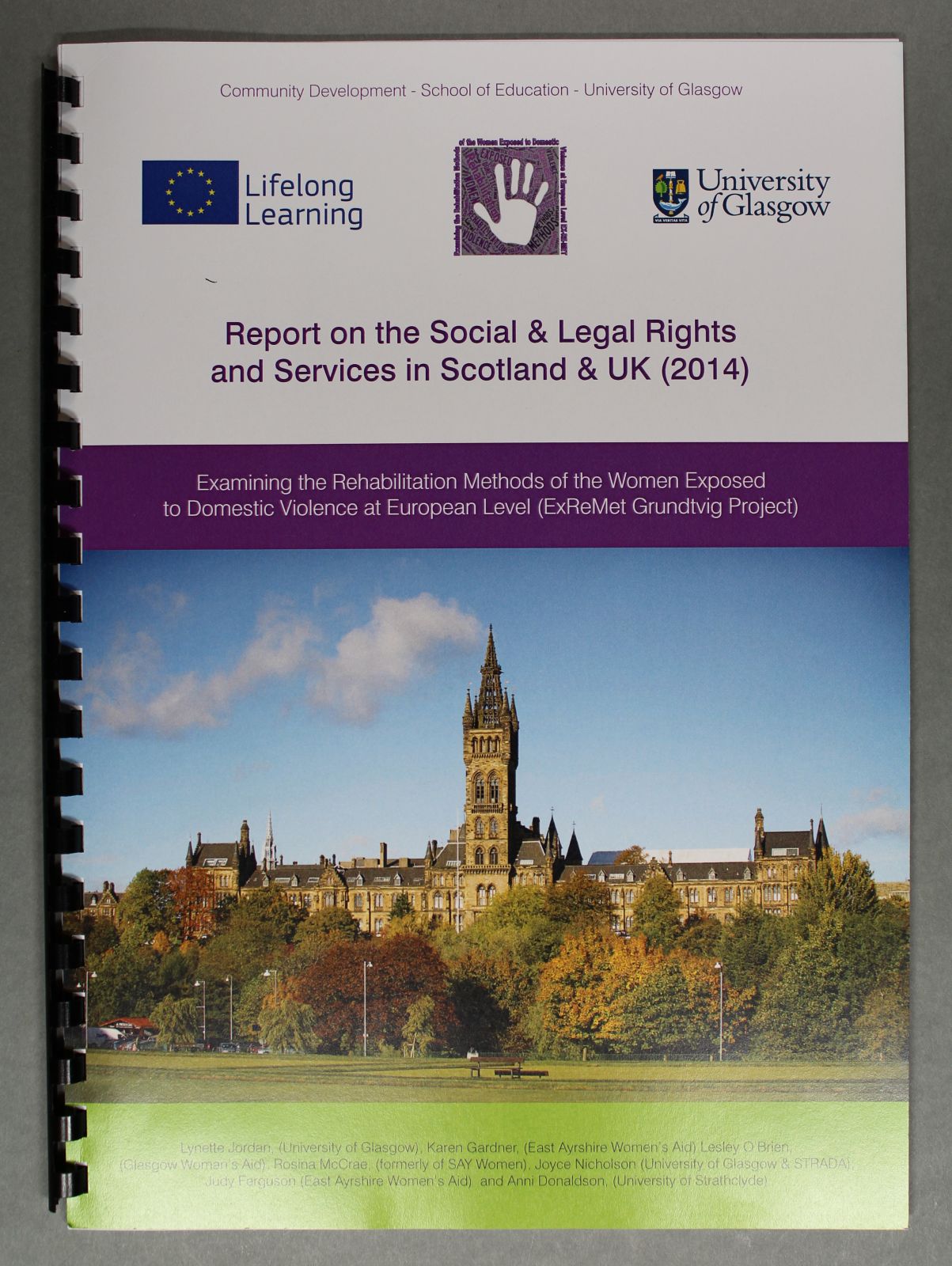 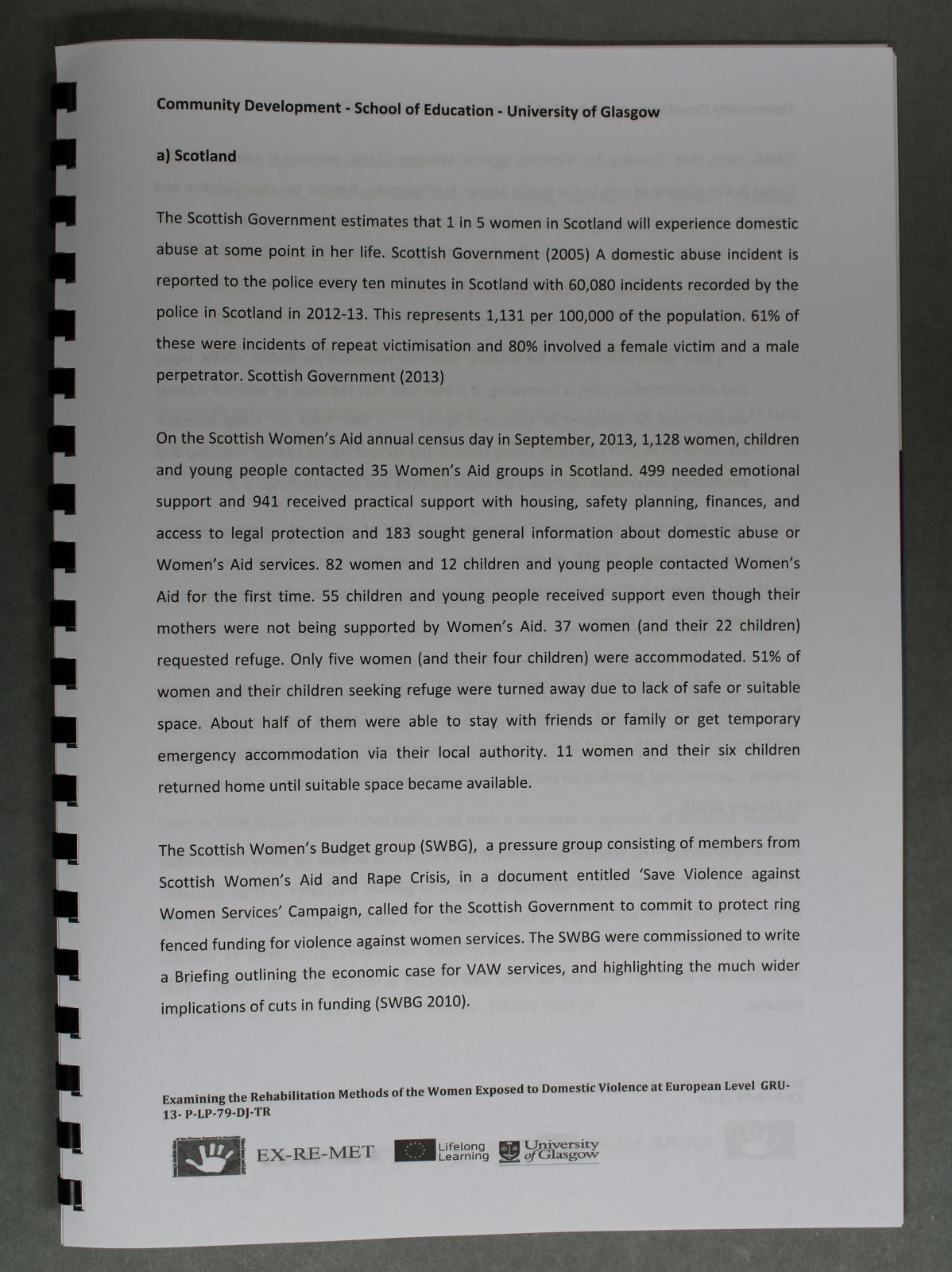 Register of Services for Scotland on Violence and Abuse, 2004

“Falkirk, my home town, has a motto; Touch Ane, Touch A'. Harm done to any one of us is done to us all. Yet, in 1989, the district council closed our local women's refuges. I helped campaign against that decision. Some battles, though already lost, must still be fought." 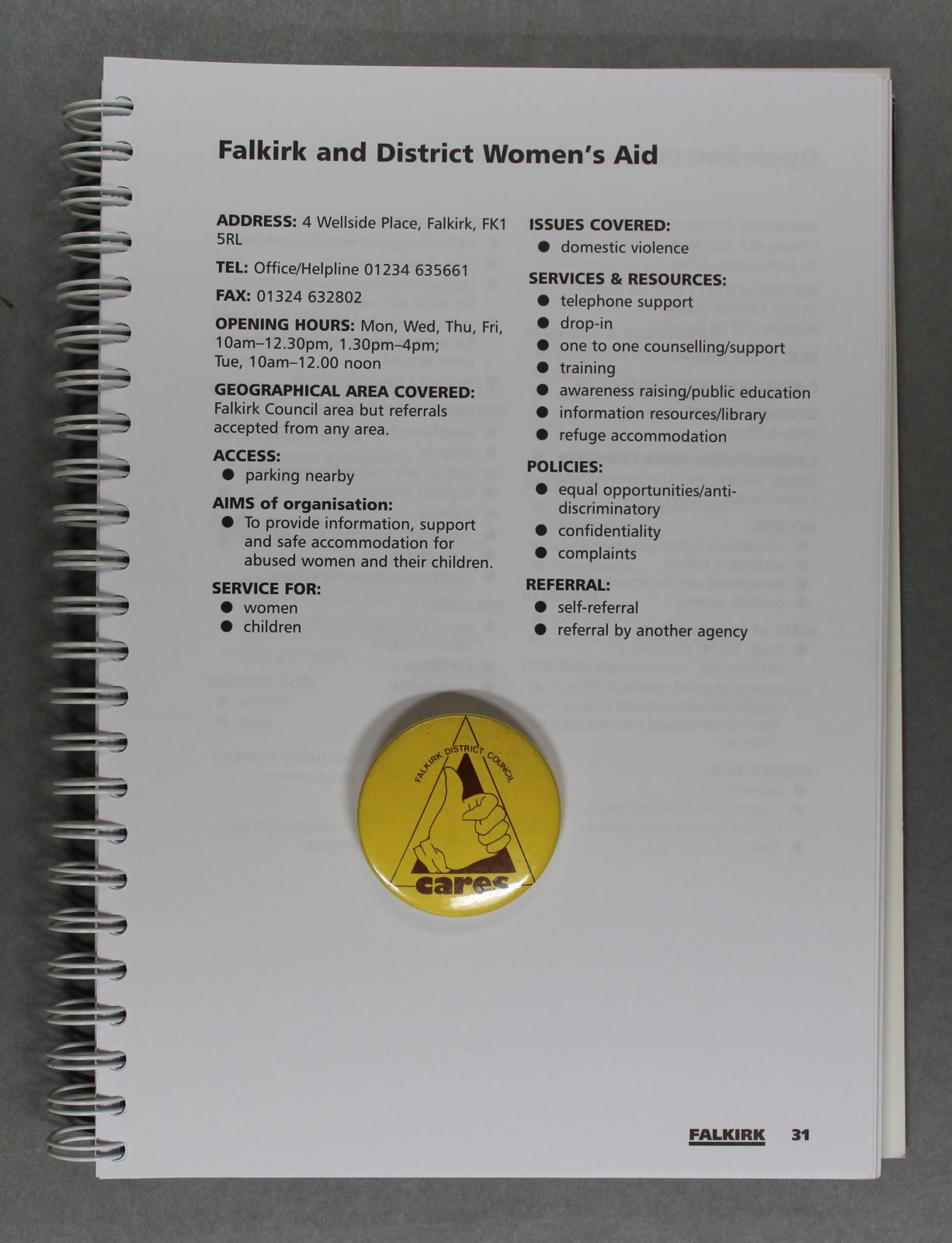 A Source-Book of Scottish Witchcraft, 1977 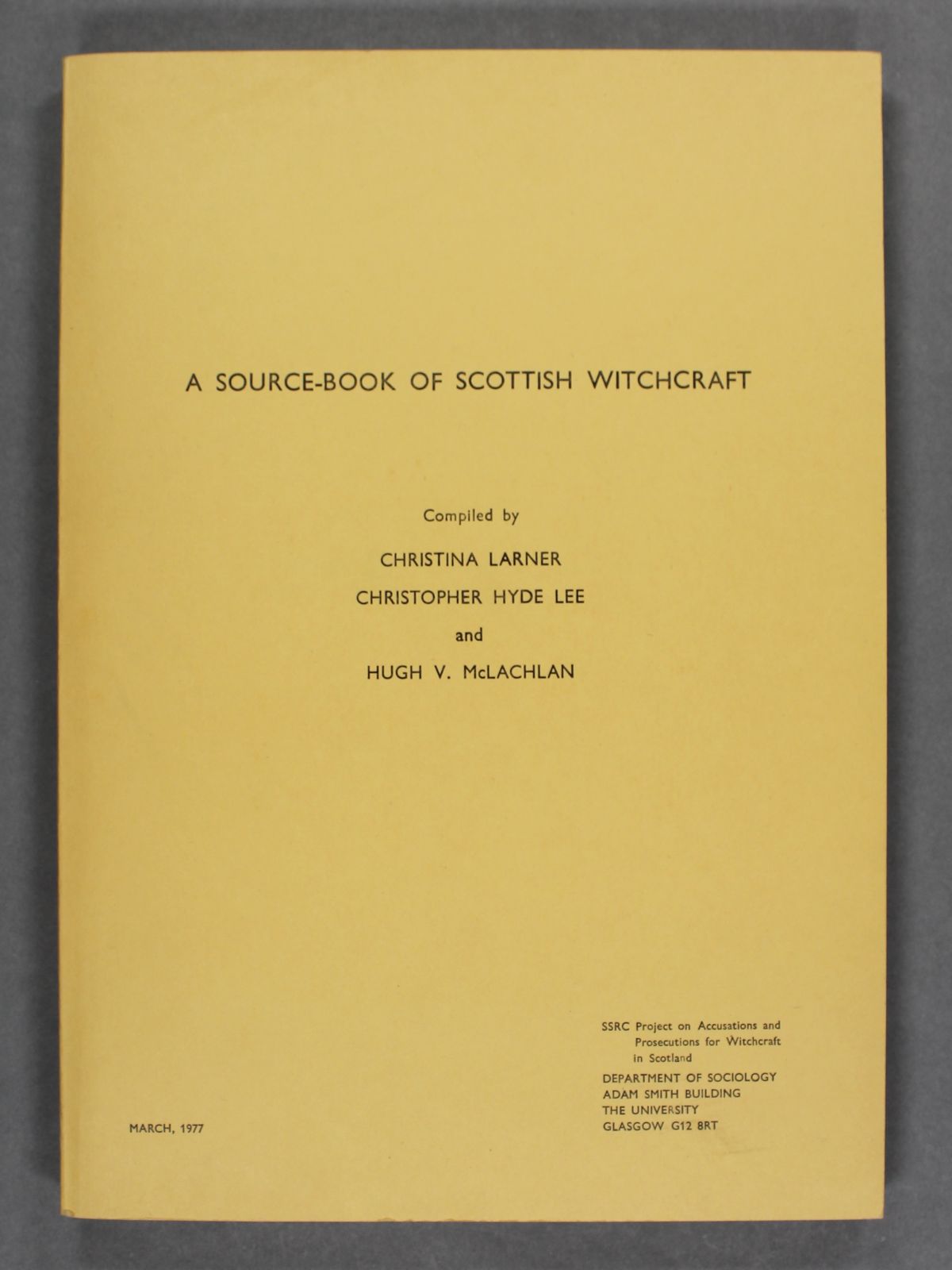 A Source-Book of Scottish Witchcraft, 1977.

Janet did not find hope in conventional religions but was attracted by witchcraft, and practised her own, peaceful, version of it. “…the idea of witches, yes, I do like that. It was one of the less offensive words my husband used for me. After I left him, I started to research the subject. It’s not easy material to get through… it was, a war on womenfolk.” 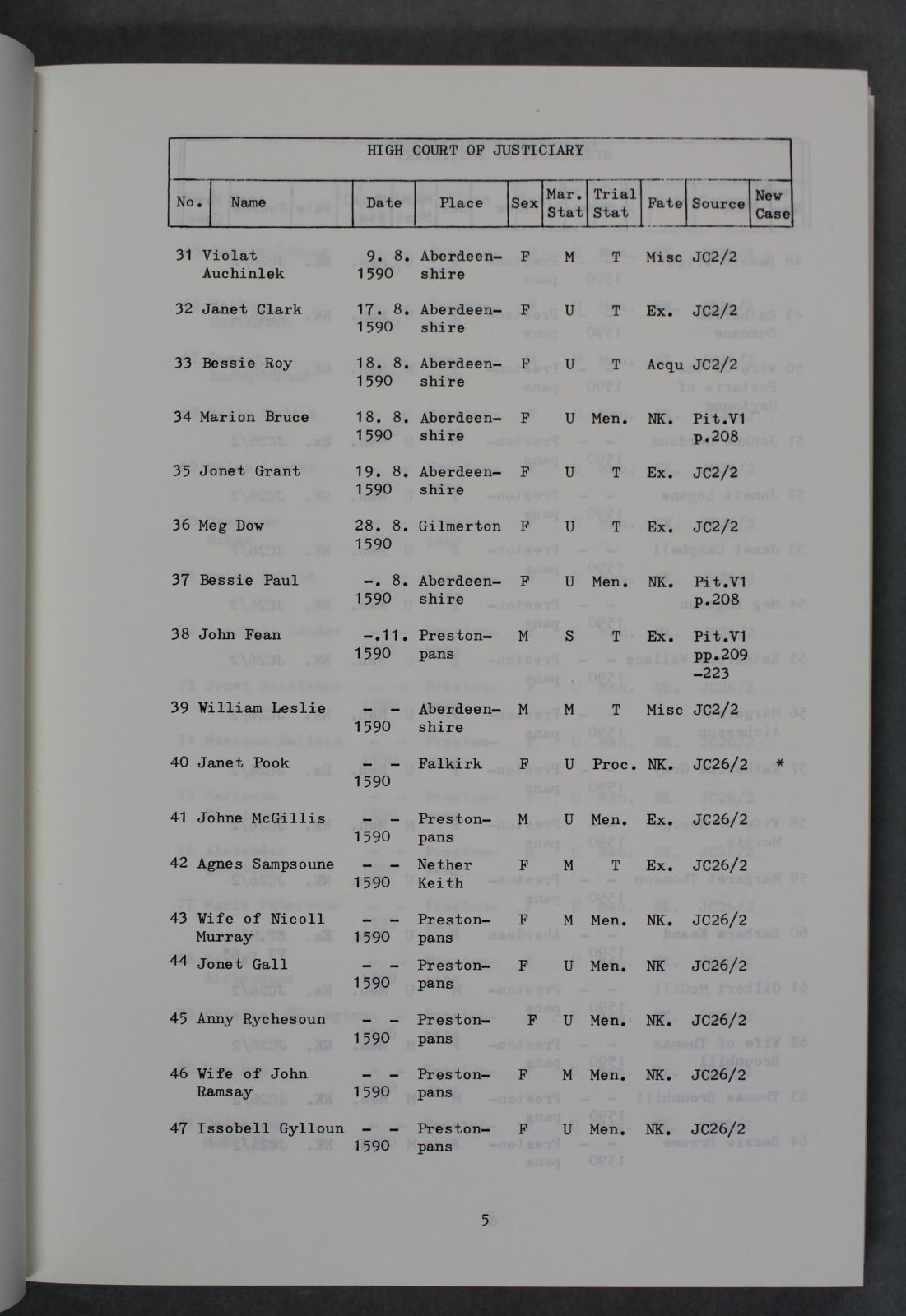 Page from A Source-Book of Scottish Witchcraft, 1977, showing the names of people accused of witchcraft. 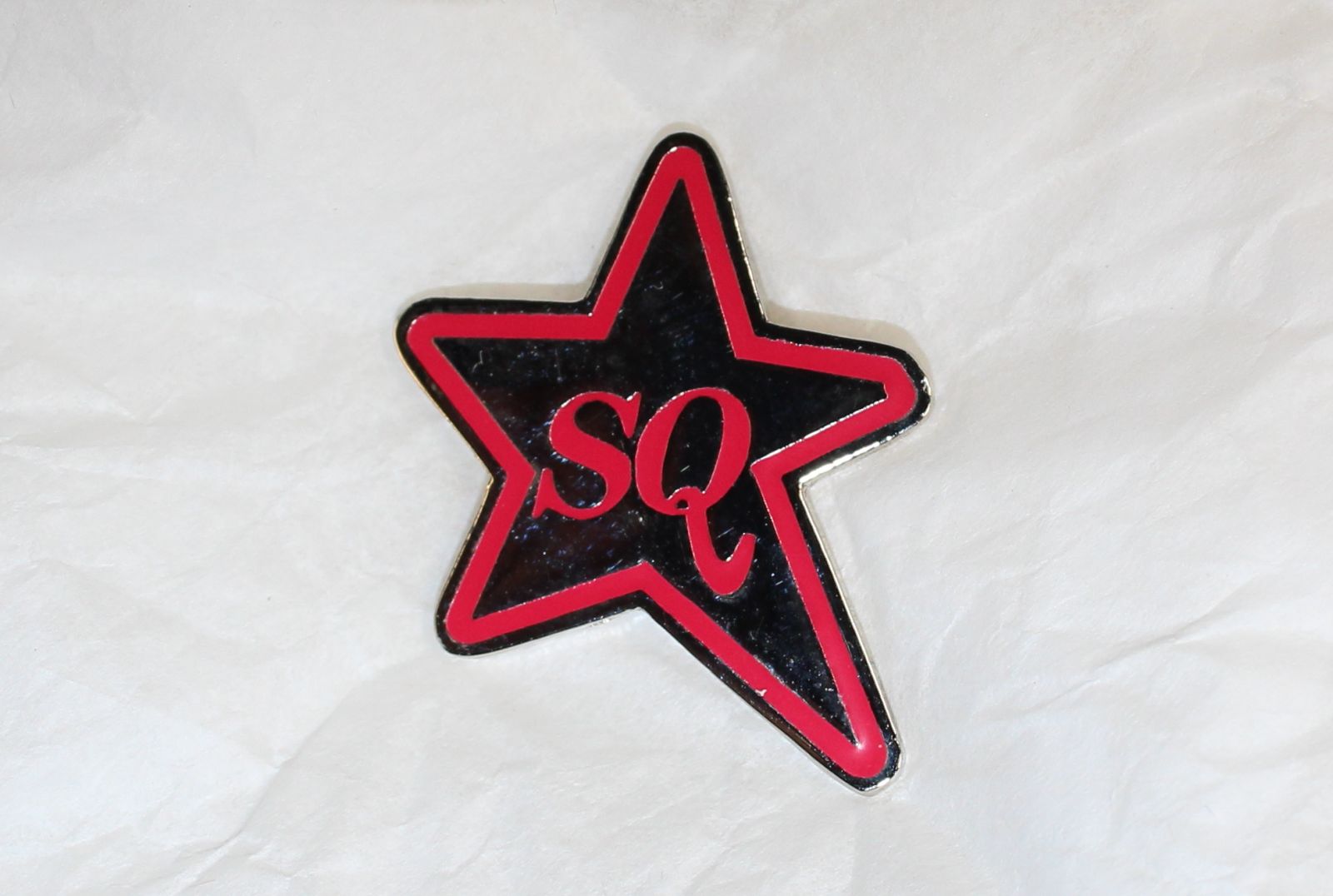 In 1997 Scottish theatre company Stellar Quines performed Janet's Peggy Ramsay Memorial award-winning play Refuge, a work set within a women’s shelter from abuse. Janet said of the play, “… I wrote Refuge because I'm angry that such safe houses are necessary, that we need, accept, even applaud, the existence of places for women and children to hide. I wrote it for the women no-one hears… The characters in the play are fictional. Their experiences are not.”

Witches, Midwives, and Nurses: A History of Women Healers by Barbara Ehrenreich and Deirdre English

Witches, Midwives, and Nurses. A History of Women Healers by Barbara Ehrenreich and Deirdre English.

Janet loved gardening and created a unique haven in her back yard. Amongst the many plants and flowers there stood a green man, a carved nature figure emerging from the bark of a tree, and a large pentagram – ‘big enough for thirteen naked witches to dance around it…’. 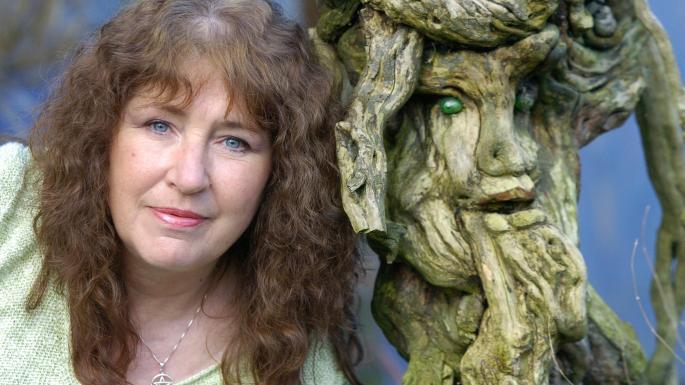