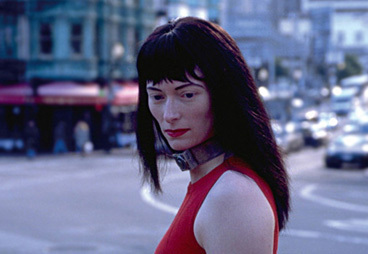 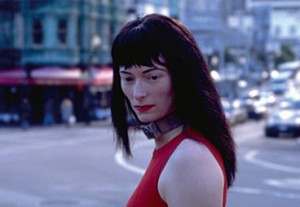 Anxious to use artificial life to improve the world, bio-geneticist Rosetta Stone uses her own DNA to breed three self-replicating automatons named Ruby, Olive, and Marine (all played by Tilda Swinton). The robot-women need male sperm to survive and act out seduction scenes they have learned from movies with real-life men. Fearing a bio-gender war, the FBI send in Agent Edward Hopper to solve the mystery.

Directed by Lynn Hershman, a primary figure in the US feminist art movement from the 70s onwards, Teknolust merges exploration of gender with discussion of consumerism, state surveillance, and the relationship between real and virtual worlds.

Tickets cost £8 and are available from the GFT box office in Rose Street, Glasgow or online at www.glasgowfilm.org

GFT offer a range of concession rates, visit their website for more details.

Sci-fi explores our hopes and fears for tomorrow’s world, makes contact with the Cosmos, and takes us on a fantastical journey to the limits of our humanity. We have teamed up with Glasgow Film Theatre (GFT) to bring you Teknowomen, a season of film that charts the depiction of women in Science Fiction, from silent classic Woman in the Moon through to 1980s feminist titles right up to more recent films. Part of the BFI Sci-Fi season Days of Fear and Wonder and presented in partnership with Film Hub Scotland, the season will feature a fascinating selection of fiction and documentary, and guest appearances from Scottish writers and thinkers with an interest in the genre.