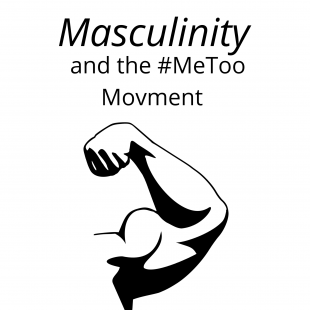 When researching masculinity, I paid a lot of attention to one of the key theorists in masculinity studies, Raewyn Connell. According to Connell (2005), masculinity is not a natural part of biology but, rather, it is a practice which can be enacted by both men and women (although predominantly by men) and it can change throughout history, cultures and societies.

Importantly, masculinities not only enable men to hold power over women but also over other men. For instance, according to Connell (2001), a key marker of hegemonic masculinity is heterosexuality as homosexuality blurs the lines with femininity, consequently, relegating homosexuals to a deeply subordinated form of masculinity. Particularly, bell hooks (2004) noted that, hegemonic masculinity strips men of their emotional side which not only provokes violence upon women but it is an act of violence upon men themselves.

According to Connell (2005, p.83), “a structure of inequality on this scale…is hard to imagine without violence”. Violence tends to be used to sustain and reinforce domination. Domination of women can be observed in acts of gender-based violence ranging from wolf-whistling to domestic abuse, rape and even murder. Connell (2005) argued that although not committed by all men, such acts are “authorised by an ideology of [male] supremacy” (p.83). As highlighted by Robinson (2006), sexual harassment and sexual violence are critical means of upholding hegemonic masculine domination by reinforcing gendered and heteronormative hierarchies.

As such, my research showed that women’s sexual objectification was linked with men’s need to exert masculine dominance. However, the data I gathered suggested that men were unconscious of their harmful gendered behaviours because they had been raised by a society which encouraged this behaviour, let it go unquestioned and even rewarded it. This led me to look into another concept which could provide an intriguing insight into masculinity – symbolic interactionism.

Symbolic interactionism addresses the way in which individuals use body language, dialect, gestures, facial expressions and so on to create and preserve social structures. Thus, rather than looking at how larger structures like patriarchy affect individuals, symbolic interactionism looks at the miniscule everyday interactions between individuals and the impact this can have on wider society. Particularly, the renowned sociologist, Erving Goffman, used the theatre as a framework to describe how our everyday interactions are actually carefully conducted performances. These performances change depending on the situation, for example, how we perform in a working environment will be different to how we perform at a party. An individual performs these acts in order to gain approval from those who are observing their “performance”, otherwise known as the audience.

According to Goffman, masculinity is a carefully conducted performance which an individual enacts in order to gain a sense of belonging and approval. Masculinity is, arguably, a script that individuals learn and are encouraged to enact. This masculine script can involve competition, emotional detachment and heterosexuality all of which tend to be enacted through the sexual objectification women. Men who successfully act out this masculine script are often rewarded with power and status. Thus, men who fail to act out this masculine script tend to be relegated to a lower status, generating hierarchies between men and other men.

This was important to my research on the #MeToo movement because it helped to create an understanding of how masculine scripts can result in the sexual objectification of women. For instance, my research suggested that the sexual objectification of women was actually a by-product of men trying to impress other men. Sexually objectifying women seemed to validate a man’s position within their group of friends and strengthened male bonds. Thus, men’s desire to belong to their social group was prioritised over how they treated women.

My research suggested that a particular way to establish masculinity was through the number of sexual partners a man has and, thus, women become a sexual goal. However, this arguably has nothing to do with sexual drive and has everything to do with men trying to impress other men and feel validated in their friendship groups. The participants in my research expressed concern that that the pressure on men to fit in with their social circle can result in sexual violence directed towards women.

Significantly, my research suggested that competitive games between men were intrinsically linked with heterosexual identity. Arguably, men fear being perceived as homosexual as it will exclude them from their social group. Thus, men will go to any length, including sexual harassment, to maintain their group position. It emphasises the pressure men feel to conform to hegemonic masculine ideals which dominate our culture, otherwise risk social exclusion.

Overall, I realised that hegemonic masculine expectations can cause men to sexually objectify women, subsequently leading to acts of sexual violence. This was significant as it conveys the importance of introducing the issue of masculinity into our discussion on the #MeToo movement. Considering the extent of sexual harassment of women, as highlighted by the #MeToo movement, I believe we must direct our attention to the underlying structures of masculinity which produce and reward the behaviour of those who perpetuate sexual violence. This necessarily involves turning our attention towards men.

I will discuss where we go from here in my final blogpost. Look out for that in a fortnight!

These resources will be available in the GWL library when it reopens! In the meantime, here are some PDFs:

hooks (2004) The Will to Change: Men, Masculinity and Love – https://books.google.co.uk/books/about/The_Will_to_Change.html?id=G28LTQltyVAC&printsec=frontcover&source=kp_read_button&redir_esc=y#v=onepage&q&f=false

Connell, R. W. (2000) The Men and the Boys – https://books.google.co.uk/books/about/The_Men_and_the_Boys.html?id=0qlu7UPYwIwC&printsec=frontcover&source=kp_read_button&redir_esc=y#v=onepage&q&f=false

I highly recommend checking out Raewyn Connell’s website where there are  blogposts and links to some of her research on masculinity, gender and sexuality, class and neoliberalism – http://www.raewynconnell.net/p/class.html