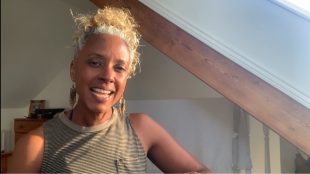 GILLIAN BURKE is a natural history television programme producer and presenter, and a voiceover artist. She has been a co-presenter of the BBC nature series Springwatch and its spin-offs since 2017.

As part of Open the Door 2020’s celebration of conservationist and activist Wangari Maathai, here Gillian explores her connections to Wangari and Kenya, and her passion for the natural world.

Click here to watch Gillian’s video introduction and continue reading for the first of her four posts on Wangari Maathai; the woman and her legacy.

WHY DO I want so badly for people to know about Professor Wangari Maathai? Throughout my Glasgow Women’s Library takeover I’m going to give you my many reasons why – why her, why her work and why her legacy as an environmentalist and the first African female Nobel Prize laureate.

The environmental movement has many champions everywhere… spanning time, culture, geography and pretty-much any other barrier, real or imagined, that attempts to uphold a ‘them and us’ view of the world.

The Greenbelt Movement became so strong as to shake the seat of power and threaten the ruling elite.

Occupying every system of thought are the voices representing and advocating for social and environmental justice, and a long line of activists who have gone before. 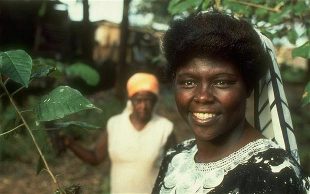 These activists are the ones who simply could not and cannot ignore the inequity in the human experience of life, and how it seeps into the very fabric of life on earth.

Prof Maathai was one such activist whose tree-planting campaign in Kenya grew into The Green Belt Movement and became so strong as to shake the seat of power and threaten the ruling elite. She achieved this by asking one simple and surprising question: What do women need?

The next post in this series will tell this powerful and inspiring story.