Feminists have been campaigning to gain and retain access to sexual health education, contraception, safe and legal abortions, and parental rights for centuries. As an organisation we trust women. And we trust people who do not identify as women and who can also experience pregnancy. We believe it is a fundamental human right to be able to make decisions about our bodies, whoever we are.

Our Museum and Archive stores are full of campaign materials, reports, letters, brochures, and newspaper cuttings that all tell the story of women’s fight for reproductive rights from the National Abortion Campaign to the Repeal the 8th movement.

Access to safe, legal abortions is still an ongoing struggle in many parts of the world and we’re now also seeing this hard-won right being severely restricted and criminalised in countries where it was previously legal.

As a Library, Museum and Archive, we are not neutral. We want to share some of our campaign materials widely, as a reminder of how hard women had to fight to get these rights and how easily they can be taken away from us.

We will be changing our Social Media profile pictures in support of our sisters, and allies, around the world who are fighting for control over their own bodies. We have included images of some of our badges here, at a high resolution, so that anyone who wants to download them and use them in this way can also do so. 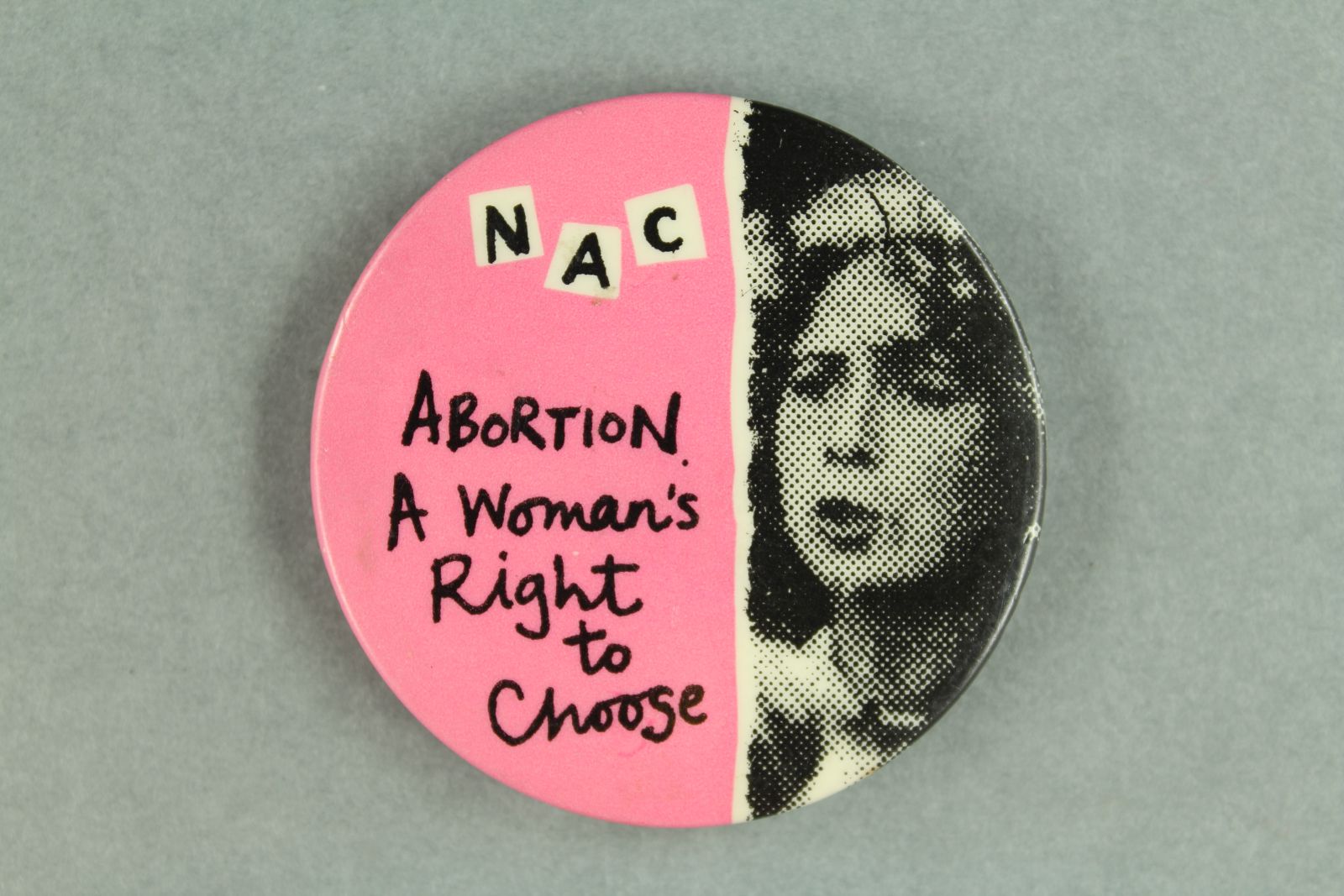 Abortion: A Woman's Right to Choose badge created by the National Abortion Campaign.

The National Abortion Campaign (NAC) was set up in 1975, when the Working Women’s Charter called a demonstration against the James White Abortion Amendment Bill. In 2003 NAC merged with the Abortion Law Reform Association (ALRA). 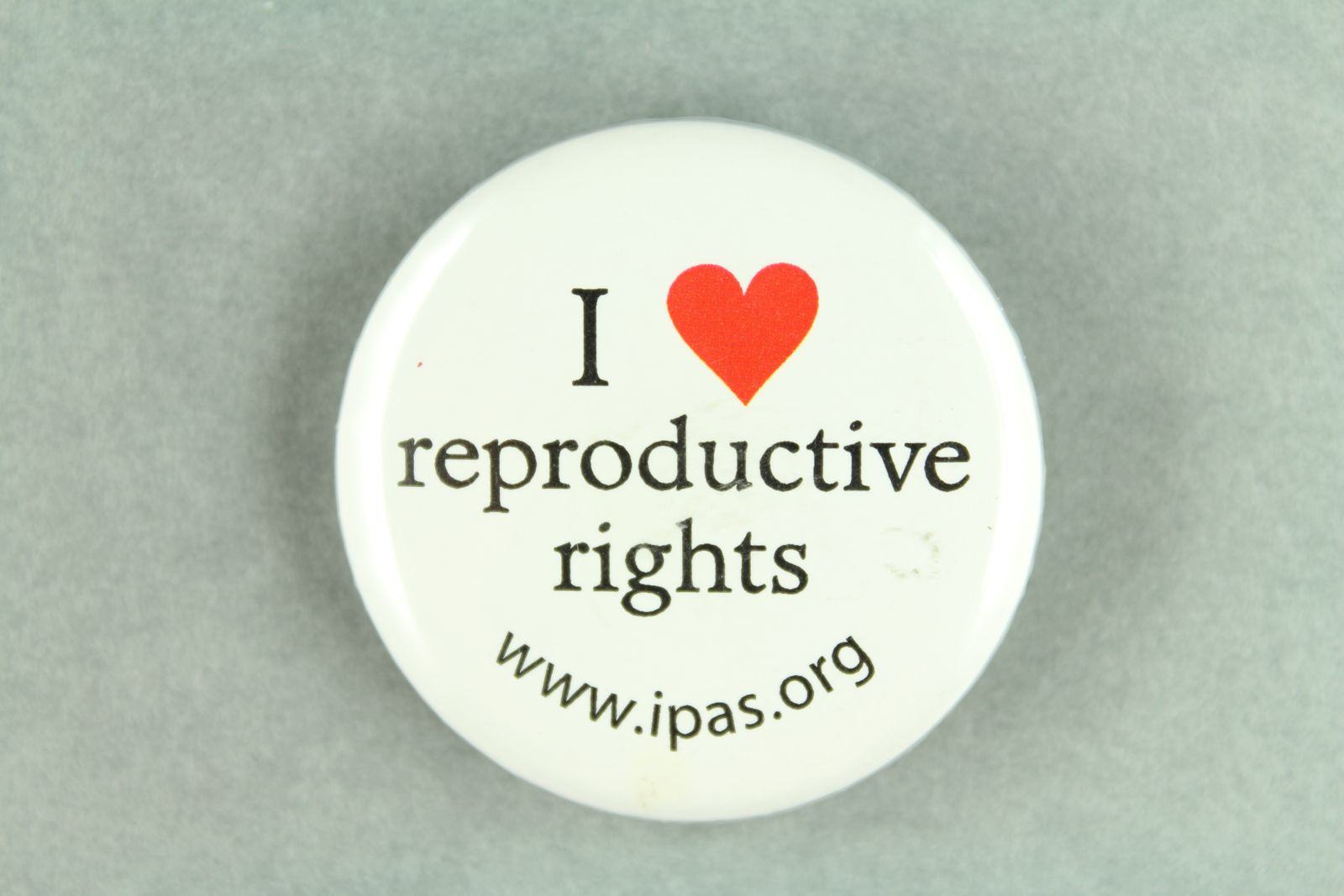 No Return to Back Street Abortion badge 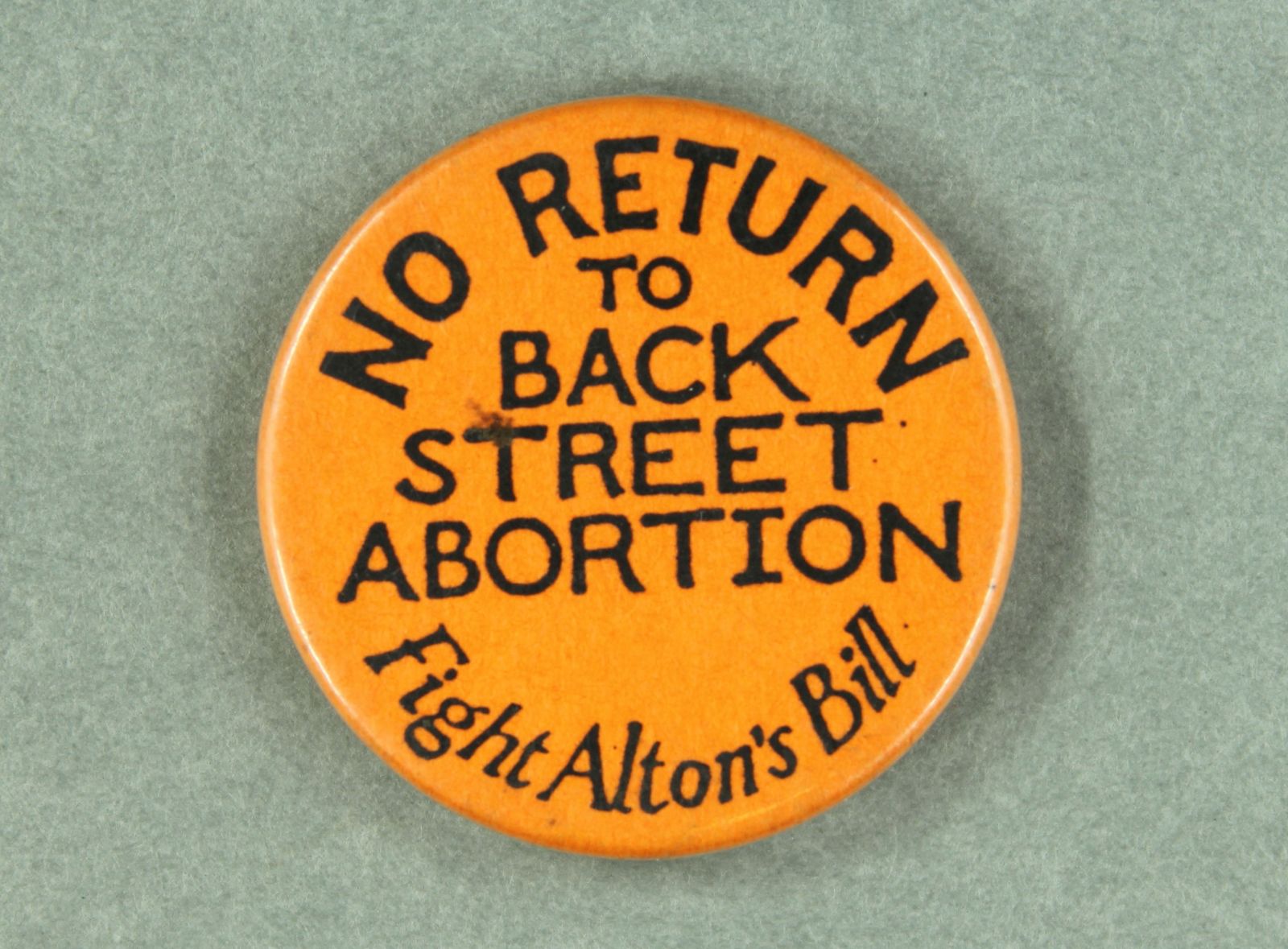 No Return to Back Street Abortions badge.

No Return to Back Street Abortion badge, Creator and exact date unknown.

In 1987, MP David Alton wanted to lower the upper limit for abortions from 28 weeks to 18 and campaigned for an unsuccessful private member’s bill.

A Womans Right to Choose badge 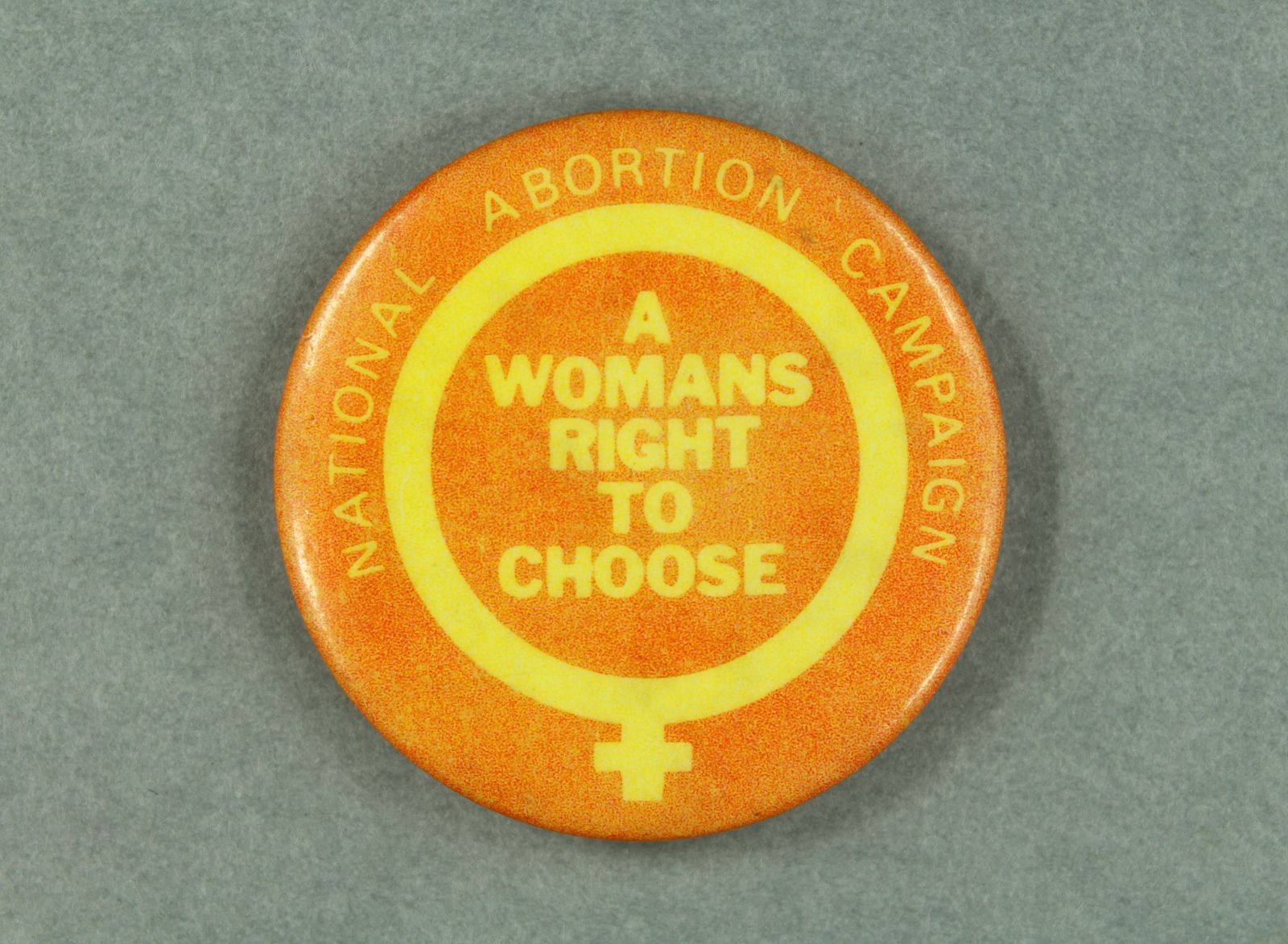 A Womans Right to Choose badge, created by the National Abortion Campaign. 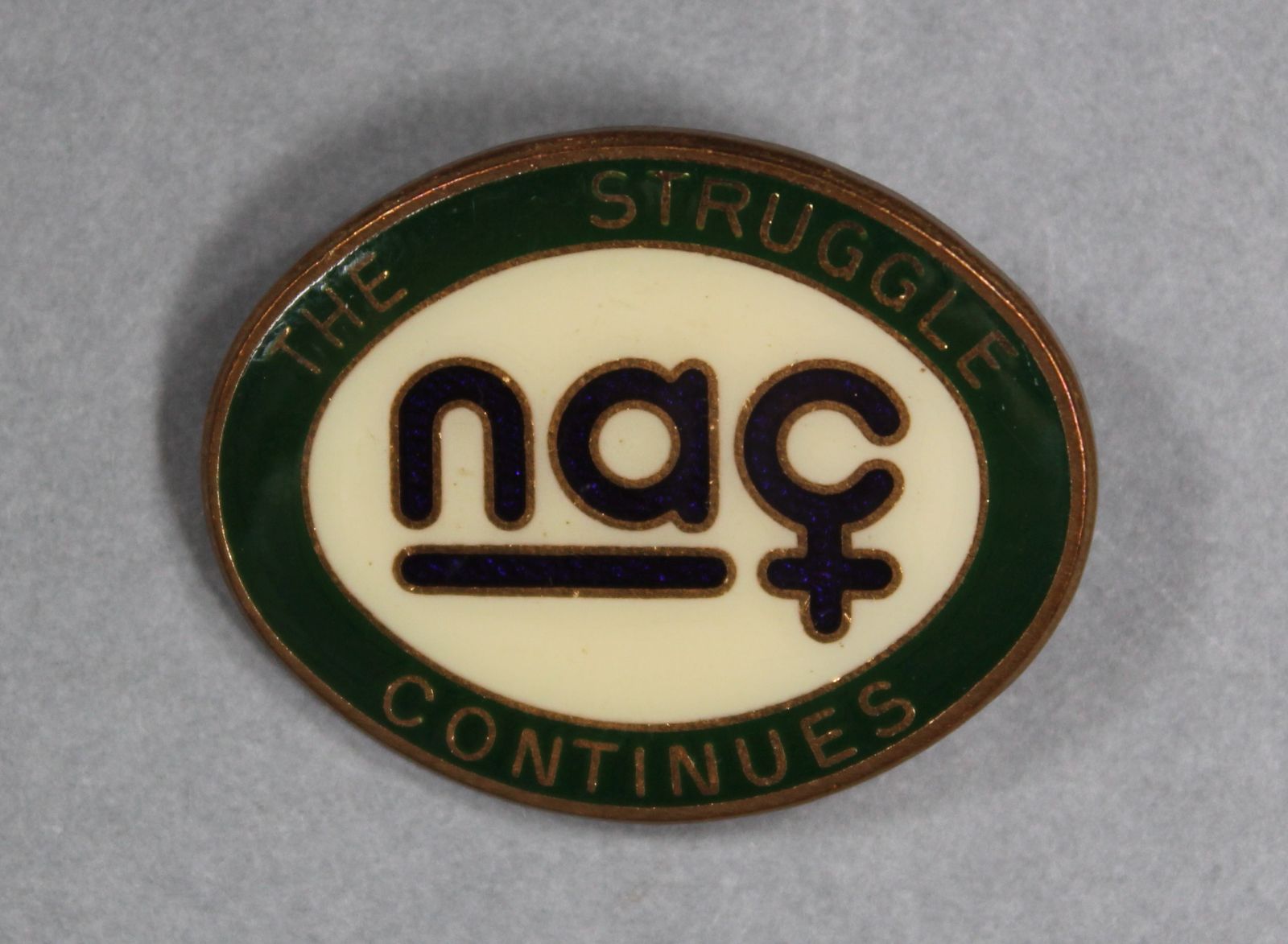 A badge created by the National Abortion Campaign.

Keep Your Filthy Laws Off My Body badge 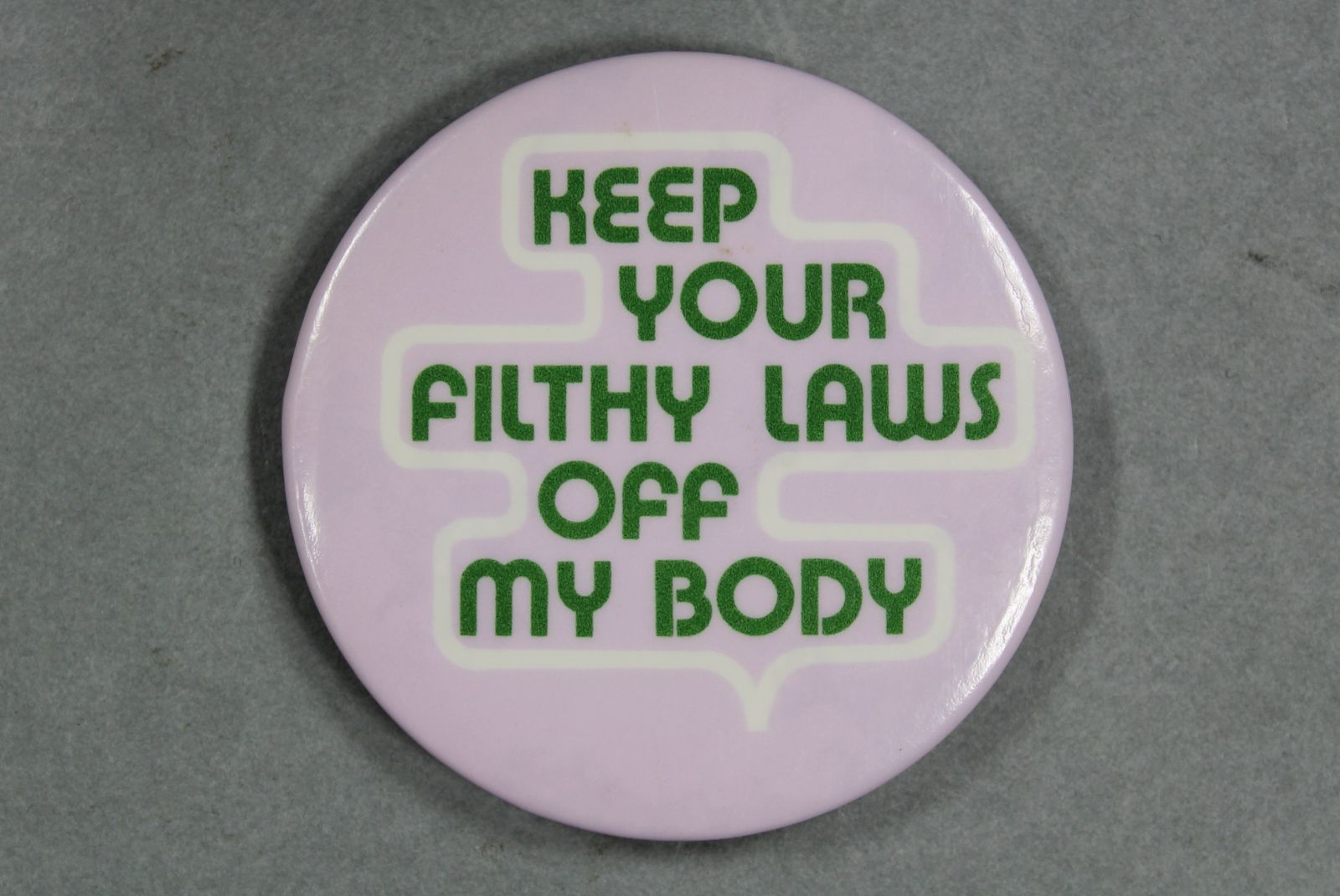 Keep Your Filthy Laws Off My Body badge, creator and date unknown.