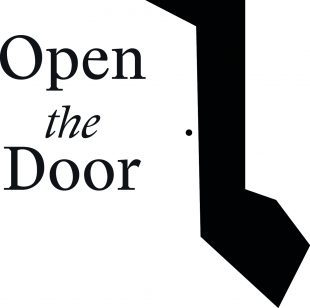 Friday 17th and Saturday 18th May at Glasgow Women’s Library


We’re thrilled to launch more news about Open the Door 2019, the third outing of Scotland’s literary festival that puts women to the fore. Featuring writers such as Liz Lochhead, Chitra Ramaswamy, Lucy Ellmann, Kerry Hudson, and Juana Adcock, the festival has expanded the number of events that, for the first time, will take place over two days. A highlight of the festival includes a special interview with acclaimed Scottish author, playwright, academic and journalist Ali Smith. Open the Door 2019 is supported by The Open University in Scotland.

The theme of this year’s festival is ‘celebrate, protest, and support’. Liz Lochhead, Claire Askew and Juana Adcock kick start the festival with an event celebrating the lives of three Scottish women writers: Agnes Owens, Naomi Mitchison and Janet Paisley. The festival gives space to protest with a focus on the underlying gender inequalities in Scottish literature, including explorations of a range of topics from the challenges of adapting your work for screen with best-selling author of The Cry Helen Fitzgerald, to setting up an alternative publishing initiative with one of the founders of Monstrous Regiment.  Open the Door provides support with unique opportunities for women to get involved and explore their own creative potential; from researching historical fiction with writer and reviewer Lesley McDowell, to creating your own memoir with Catherine Simpson, author of When I had a Little Sister.

Why a festival of women’s writing?

Never before has Scotland’s literary scene been as energised and bold as it is today, and a large part of that is thanks to the brilliance of contemporary women writers. It seems only right to celebrate this achievement of women writers with a festival of their own. For even though women are being published more than ever, their presence on prize lists is still dwarfed by men. Their work is reviewed less often in the pages of literary magazines. And so we want to take this opportunity to correct the balance of the present as well as the past.

In that spirit, the festival is named for the writer, Catherine Carswell, and her ground-breaking 1920 novel. Because in spite of women writers’ achievements, there are still doors to be opened. And so we will commemorate those literary mothers of the past as we celebrate the daughters of the present. Open the Door is intended not to be just a new literary festival that puts women to the fore, but also the first of a new kind of format, where the more formal audience and speaker setting is replaced by a convivial, memorable shared experience.

Buy tickets now from our website or in person at GWL.

Coronavirus and caring for our community: Covid-19 Level Four Update
With Glasgow moving into Level 4 Covid-19 restrictions, the GWL building will be closed from 4pm on Friday 20th November Dismiss