In May, our National Lifelong Learning Development Worker, Morag, was lucky enough to be invited to Fürth in Bavaria for a symposium and the launch of a beautiful new exhibition from our sister museum, the Women’s Cultural Museum (Frauen in der Einen Welt).

This is what Morag had to say about her visit: 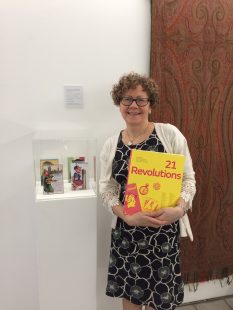 The exhibition, Wie Weiblich ist die Stadt?, interrogated how visible women are in the civic and public landscapes of Fürth in Bavaria, Paisley in Renfrewshire, Marmaris in Turkey, Midoun in Tunisia, Limoges in France and Xylokastro in Greece.

Glasgow Women’s Library’s National Project has been involved in several women’s history projects in Paisley in the last year, and GWL staff had been assisting the women from the cultural museum with information for the exhibition and contacts in Paisley through national project work there. Our collections team had also supplied digital copies of suffragette materials for the exhibition. 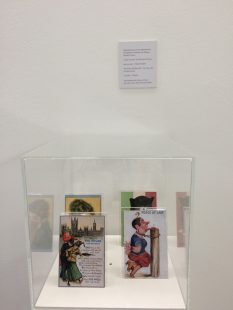 It was really exciting to connect with women from many different women’s museums and projects around the world, and to get an insight into issues of gender equality in different countries. It was especially fascinating to hear from the Tunisian delegation, because while they were at the exhibition and symposium in Fürth, the first democratic elections since the 2011 revolution were being held. The Tunisian women spoke of their excitement at this, and also of the new measures taken in Tunisia to ensure more gender equality in elections, such as a strict 50:50 male/female rule on election candidate lists. 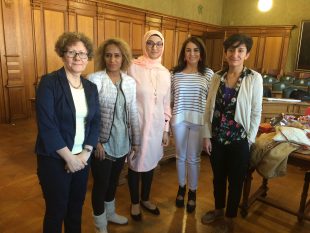 People were really interested to hear about how GWL combines arts and other learning activities with our unique museum and archive collections to engage and empower a truly diverse range of women. The symposium was a great chance to make new connections and share the work we do. Thanks are due to the Women’s Cultural Museum in Fürth and to Fürth City Council for inviting me and for their support in enabling a GWL staff member to travel there!

As well as Morag’s brilliant trip to Fürth, our National Project has been hosting workshops as part of the Scottish Mental Health Arts Festival.

Our intern, Jeanette, tells us more:

We offered three different workshops in two locations, the first two workshops taking place at the newly established women’s space KAIROS in Johnstone, where we held two Story Cafés with themes of new beginnings in life, and the menopause respectively. 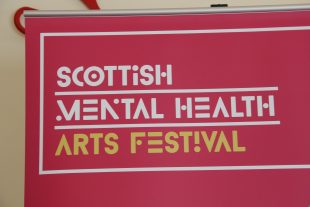 Menopause has been a taboo in society and we tried to tackle this narrative with poems, stories and a video performance from the American comedian Sandra Tsing Loh, which surprised the many wonderful women attending with a highly positive and embracing outlook on this phase present or to come in their lives.

Our final workshop was called Tips for Girls. Taking place at Glenburn Library in Paisley, it started out with a fun quiz about health and beauty advice for women in the past, and ended with lots of chuckles while trying on 1950s and 1960s hats and browsing the books from our archive.

As we delved deeper into the depths (and sometimes also despair) of advice given to women from 1880 till today, we would discover that while some things did change for the better (thankfully it is notrecommended we treat our skin with arsenic anymore!), some things did not change at all, especially in the dating landscape and the disempowering advice given to young women. 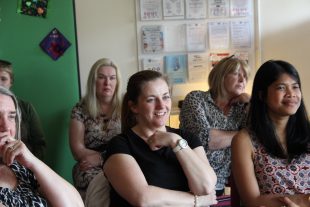 This was the first time I, as a new intern, had the chance to prepare something for the National Lifelong Learning Project workshops. I enjoyed the travelling and photographing the events a lot.

We are very thankful to Karen from KAIROS, Elaine from Glenburn Library, the staff and volunteers and, most importantly, to all the women who came along to the workshops. We had the best time and hope to see you all again very soon!