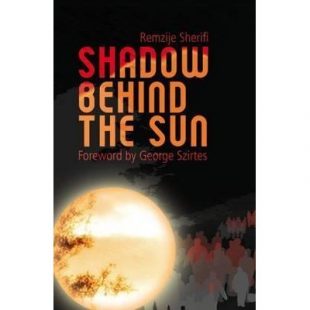 In the 1990s, Yugoslavia fell apart in a series of bloody wars. For people like me, this was utterly shocking. This was Europe, I had friends who were about to go on holiday there! How could people who had lived alongside each other for years suddenly start killing each other? My complete ignorance didn’t last long, but it wasn’t until I read Remzije (Rema) Sherifi’s book, Shadow behind the sun, that I felt I came anywhere near understanding.

Rema, married with three young sons, worked as a journalist with Radio Gjilan in Kosova. Her tale begins cosily enough in childhood as she listens to stories at her grandmother’s knee – but some of these related to past atrocities that had been visited on ethnic Albanians such as themselves. However, Rema’s early life was unaffected. Kosova had gained a certain amount of autonomy within Yugoslavia in 1974, and the years since had been hopeful with peaceful co-existence, even friendship, between Albanians and Kosovan Serbs.

Everything changed with the rise of Milosevic in Serbia. He annexed Kosova in 1989 and his regime steadily tightened its grip on the Albanian people. Both Rema and her husband lost their jobs; her children were not able to go to school. (“If you want to destroy a people …. put a stop to education” said her sister.) It became hard even to get food as Kosovans were not served (“Clinton can feed you”). Kosovans were disarmed, guns handed out to their Serbian neighbours and soon “war had come to us”.

To cut a long story short, Rema and her family fled for their lives to a refugee camp in Macedonia. The scenes she describes in 1999 are still happening today – different conflicts, but nothing has changed. It’s beyond depressing. From the camp, the family is evacuated to the UK – they had no idea when they got on the plane where they would end up, but it turned out to be Glasgow. In a touching scene, Rema describes being taken to their new flat in which a vase of daffodils has been left by another woman just for her. They are home.

But that’s not the end of Rema’s story. Interspersed with her Kosovan chapters are sections on her life in Glasgow and, in particular, her work with the Maryhill Integration Network of which she is Development Co-Ordinator. As such, she is working with refugees and asylum seekers every day and gives us some insight into their plight. Rema recognises that, in one sense, she and her family were lucky. The UK reached out to Kosovan refugees and made them welcome. They were well treated in a way that many asylum seekers are not. Many live with hatred and racism and the fear of detention and expulsion. One woman describes her fear at night because she knows that raids take place at dawn. She feels by 8am that she is safe for another day. Rema concludes her book with the thought “I hope they are still with us in the morning.”

This is not an easy read. There is a lot of complicated history and many upsetting details which I have glossed over in this review. However if, like me, you want to know more about what happened in the former Yugoslavia, then I recommend it. Rema is a compassionate and visionary woman who has used her dreadful experiences to build a better life, not just for her own family, but for those who followed behind her in seeking a new home in Glasgow.