A screening of the classic film which features the iconic character of Ellen Ripley, followed by a discussion of Ripley and feminist claims for the film with a panel including Professor of Feminist Media Studies Karen Boyle, and author Kirsty Logan.

I had not seen “Alien” since it came out in 1979 when I was 12. I’m not really a fan of movies that feature body horror and the infamous chest-bursting scene had left me cold, so I had felt no desire to revisit it. I am a big fan of science fiction – yeah, OK, I’m a HUGE geek – and when the opportunity arose to revisit this 35 year old film as part of the “Seeing Things” project and the Teknowomen season, I took the plunge.

Glasgow Women’s Library is a great space in which to watch films. I was pleasantly surprised by the quality of the sound and projection and the screen was of a good enough size to give a good viewing. The audience was well mixed in age and gender I felt for this type of event. Refreshments had been provided including popcorn and wine but I did not partake of either. I nabbed one of the swivelly chairs at reception with a cushion and took my seat. 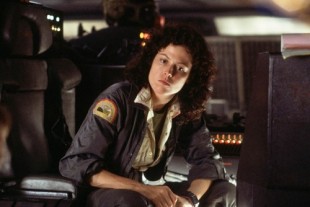 I was surprised as to how little of the film I had remembered. In terms of technology and effects I felt that it stood up really well with only its clunky computers belying its age. What struck me most about it as a fan of Joss Whedon’s” Firefly” and “Serenity” was how much “Alien” had obviously influenced him from the look of the interiors with its bulkheads and crew living spaces to Ripley and Lambert’s flight suits and Brett’s Hawaiian shirt borrowed by Kaylee and Wash respectively. Even the suspended animation sleep chambers put me in mind of the bedrooms in “Dollhouse”. I was also amused as to how the access room where the officers interfaced with “Mother” reminded me of the diary room in “Big Brother”!

I’m afraid that apart from the setting, “Alien” did not strike me so much as a sci-fi movie as a slasher horror film set in deep space and I was interested to learn in the post-screening discussion that this had been the writer Dan O’Bannon’s original intention.  It was peppered with horror tropes such as no one having the sense to put on the “big light” and the insistence on stating that they all stick together then hiving off in ones and twos. What struck me and was also confirmed was that he had also written it as “Truckers In Space” with all the characters being originally male. As I have said before, I am a real sci-fi buff and the lack of things that I take for granted from decades of watching “Star Trek” and more recently the aforementioned “Firefly” and the recent reboot of “Battlestar Galactica” such as weapons lockers, ship-wide communications and a glaring disregard for procedures irked me somewhat – this industrial clunker of a vessel (but with a highly sophisticated auto-destruct sequence!) and its ragbag crew owed more to “Red Dwarf” (with Ripley trying to assert her authority after Dallas and Kane are killed reminding me of Arnold Rimmer sparring with Lister in the guise of Yaphet Kotto!). All in all, I enjoyed revisiting the film after all these years but in terms of being a sci-fi classic, it won’t make my list.

I did enjoy the after-film discussion, where a lot of my criticisms were echoed by both the panel and the audience. The general consensus seemed to be that, on the basis of this particular film, Ellen Ripley does not deserve her status as a feminist icon as the character survives mainly because she is the smartest in a pretty clueless bunch and that, in my opinion, sadly in the last section, becomes more like Jamie Lee Curtis in the “Halloween” franchise – more damsel in distress than Halo Jones. It is only in the subsequent sequels that maybe she can lay claim to her status of space hero. Mention has to be made I feel of Veronica Cartwright’s portrayal of Lambert, not the emotional cry-baby as she is often seen but to me the only one with any sense of the actual danger. 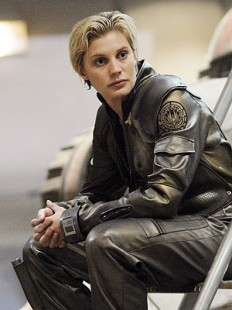 Although I was definitely on the same page with the panel and the viewers for the most part, I had to disagree with a couple of points. I am a huge champion of women and sci-fi and felt that the criticism of the character of Kara Thrace/ Starbuck in BSG were unfair, but that’s for another piece of writing and when our dear Adele Patrick suggested that there had been no strong women in sci-fi films of note since Ripley, I had to jump up and argue the case of Zoe Washbourne and Kaylee Frye. 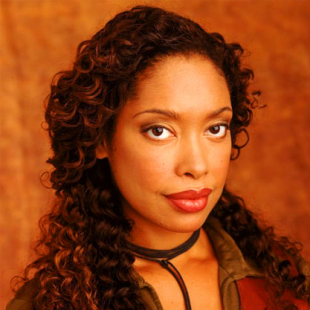 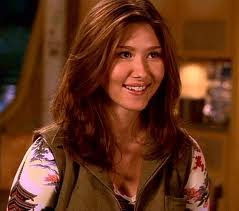 I would definitely attend future screenings of movies at the library and look forward to perhaps making some suggestions – and maybe even being on a panel!