I’ve been to Castlemilk several times now, meeting Julie MacLeod from Glasgow Life and introducing myself to the Domestic Abuse Project situated in the community centre. They have just installed wifi in the community centre, so its possible to get a cup of tea and get on line. When I was there, several mothers were in with their children having some food, and new banners had been hung. This wall is being turned into a rolling exhibition space which will be available to the residency  project after November. The wall is currently a very strong pink, but its going to be neutralised! Zapped to white…I think. Whatever happens to it, its a great place to be able to install work because the cafe is a real community hub and well used. So this is somewhere to curate collectively and test ideas with direct public contact.

Ive also been looking at empty shop space in the arcade. My early experiences of working in Castlemilk were situated here at the Fringe gallery and the Castlemilk Film and Video Workshop, I made an exhibition working with teenage fathers, where their experiences were absorbed into a knitting pattern for a child. The garment featured the Kappa logo, the boy and girl sitting back to back on the ground. But in the knitting pattern the Kappa girl was standing and pregnant, while the boy was still sitting down. There had been this sense that young boys felt misrepresented in parenting, that they faced assumptions that they would be unable to cope, which were unfair. The work was a platform for them to discuss the reality of very young parenthood. That project formed the bedrock of a later documentary called In an Empty for Channel Four which discussed sites of underage sexual activity on schemes in Glasgow where there was very little privacy or personal space. I showed that film at my talk recently to discuss ideas around social documentary, animation and identity and how techniques which were used in that film to relay very sensitive material could be picked up again with this residency.

I am always really happy to get up to Castlemilk, I can see the three high rise blocks from my living room window. I took my son up to look more closely at the windmill that suddenly appeared on the skyline several years ago. 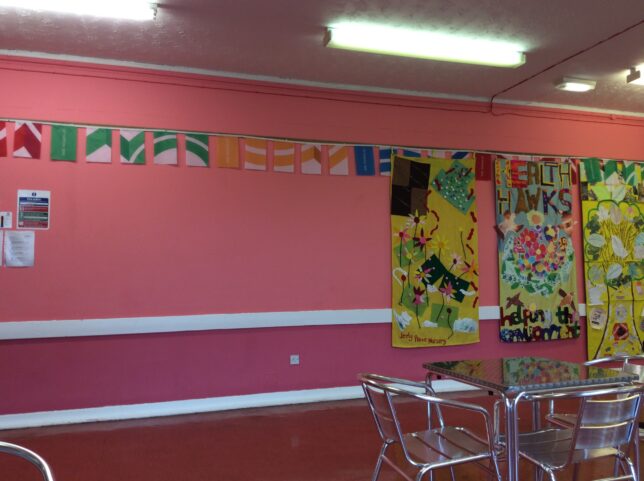